Jenna Ellis Tears Up Over Her Tweet About People Trying to “Cancel Christianity” June 24, 2020 Hemant Mehta

A couple of days ago, Donald Trump legal adviser and notorious anti-LGBTQ bigot Jenna Ellis posted a tweet in response to one activist’s demand that “white European” Jesus monuments needed to come down.

His tweet was ridiculous for a bunch of reasons. But her response was just plain dumb, pretending that taking down some statues of Jesus would amount to cancelling Christianity.

On Christ the solid Rock I stand.

And I’m proud to be an American.

If only it were that easy…

But this morning, during an interview with fellow Christian bigot Eric Metaxas (who’s also super-racist), Ellis talked about how proud she was of her tweet because she was willing to stand up for Christianity.

She literally teared up while reading her own tweet.

… and so this Tweet that I want to read to you here… I had to just respond to [Shaun King’s tweet], and I didn’t even call him out directly, at first. I just posted and said I have to defend my faith and stand up and give other people the boldness to say I am a Christian. So this is what I tweeted: “I’m going on record now: If they try to cancel Christianity, if they try to force me to apologize or recant my Faith, I will not bend, I will not waver, I will not break. On Christ the solid Rock I stand. And I’m proud to be an American.”

And it gives me tears, because this… you’re facing a culture where you get attacked for saying that! And I did! I got attacked by so many people! But I had to, sitting on the plane, I said, I have to stand and declare right now. I have to say that on Christ the solid rock I stand, because the Bible says you need to declare your faith before others. And it’s so important, and I also got so many messages of people saying “thank you.” “Thank you for being a voice that, you are willing in this culture to stand up for faith.”

And that tweet now has gotten over 4.5 million impressions as of today. Christianity was trending and still is trending as one of the top political topics now.

There you have it. Christianity is “trending” on Twitter because Jenna Ellis saved it. Not because everyone’s mocking her for writing an absolutely idiotic piece of pseudo-persecution poetry.

She implies she got “attacked” for proudly declaring her faith, but of course, that’s a lie. No one cares about that. It’s the baseless idea that taking down some unnecessary statues on public property — of which there aren’t even that many! — is equivalent to destroying an entire religion.

If your faith requires a statue outside a courthouse or school, then it deserves to be canceled. But that’s not the case with Christianity. Somehow, the religion is surviving with only thousands upon thousands of churches, billions upon billions of dollars, and more political power than every other religious group combined. 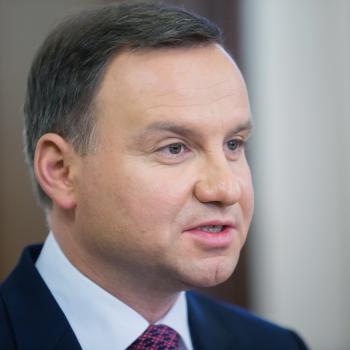 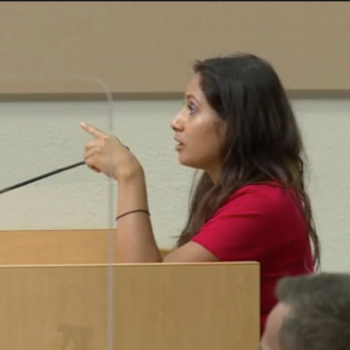