An ex-pastor who became “one of the most distinguished biblical scholars of his generation” clearly loved him some Old Testament — and some young children. Or at least, pictures of children, depicting all sorts of sexual abuse.

A French court just convicted the Belgian-born Bible buff. Remarkably, he will have to spend at most a year in prison.

Jan Joosten, 61, who holds the prestigious regius professorship of Hebrew at Oxford, is attached to the university’s Christ Church college. … [He is also the] editor-in-chief of Vetus Testamentum, a leading journal of Old Testament studies, as well as permanent secretary of the International Organization for the Study of the Old Testament. 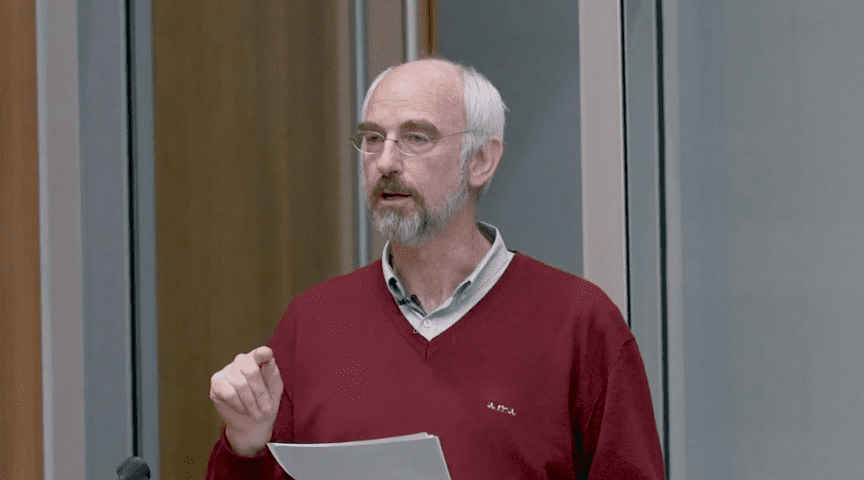 He… was sentenced by a court in the city of Saverne last week over possession of about 27,000 images and 1,000 videos after he admitted the facts of the case. … Prosecutors said the material downloaded by Joosten, who spent six years as a pastor in his native Belgium, included depictions of child rape.

Father’s Day probably wasn’t quite the same in the Joosten household this year.

Joosten, a father of four, accepted the facts of the case and told the court he was relieved to be arrested, describing his addiction as “a secret garden, in contradiction with myself.” …

The defense had said that his family were aware of his offenses and argued he should not be imprisoned because he was a first-time offender, presented little risk of reoffending, and had sought psychiatric help voluntarily.

First-time offender. Please. The prosecution proved that Joosten downloaded the highly illicit material over a six-year period. Do you think that if I were to pick-pocket strangers’ wallets pretty much every day for six years, I can truthfully claim to be a first-time offender when I’m caught?

And the “secret garden” comment — Christ! That term evokes enchantment and fragrant beauty, not a dark place where Joosten ejaculated to images of kids being raped. As a man of letters, surely he’s aware of the famous book by Frances Hodgson Burnett that centers around three children, 10 to 12 years old, whose discovery of a secret garden leads to friendship and healing? I don’t recall the chapter where a sixty-ish man of God beats and sodomizes them.

As I write this, late on Monday, Joosten is still listed as employed by the University of Oxford. 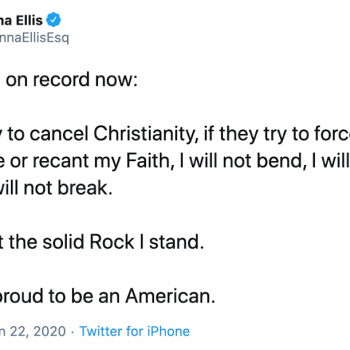 June 23, 2020
Trump Legal Adviser: I Will NOT Back Down "If They Try to Cancel Christianity"
Next Post

June 23, 2020 Baptist Leader: I'm Voting for Trump Because the "Alternative is... Unthinkable"
Browse Our Archives
What Are Your Thoughts?leave a comment