Vanity Fair’s Portrait of Trump Fans Is a Trip Into the Maw of Gnostic Madness June 22, 2020 Terry Firma

On the Vanity Fair website, journalist and author Jeff Starlet offers a scary, compelling, in-depth look at Trumpmania as a celebration of faith — not of religion, exactly, but of the gospel of the gnostic,

… a form of secret knowledge reserved for the faithful, a “truth” you must have the eyes to see in order to believe.

Gnosticism, which dates at least to the second century A.D., is the path Christianity did not take, its texts destroyed as heretical, its ideas mostly forgotten until the 1945 discovery in Egypt of 13 ancient books in a sealed clay jar. Or maybe not so much forgotten as woven over the centuries into countless conspiracy theories, the deep-seated belief that there exist truths they — there is always a they in gnosticism, from the bishops and bureaucrats of the early church, coastal elites of the ancient world, to the modern media peddling fake news — do not want us, the people, to perceive.

There’s no acquirable skill that will make you or me able to see what they do. 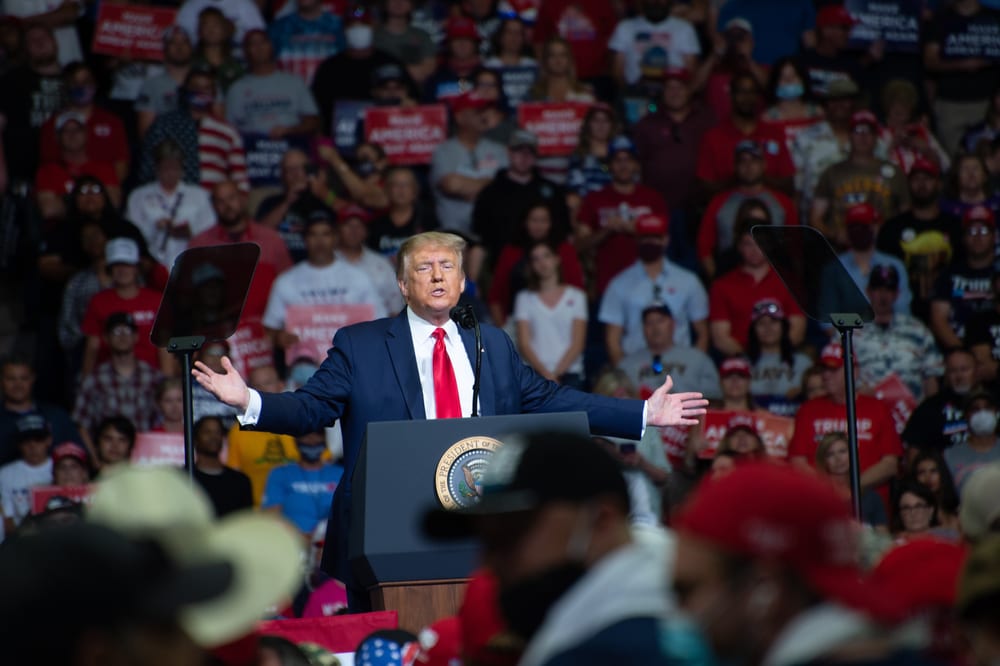 One needs no diplomas to know truth, no “data” contrived by “experts.” Knowledge lies not in scholarship or information but within “the gut,” as Trump has long maintained, or “right here,” as he said more recently at one of his coronavirus briefings, tapping his temple to show us “the metric” by which he would know when it was safe for us to go outside. …

To attend a Trump rally is to engage directly in the ecstasy of knowing what the great man knows, divinity disguised as earthly provocation.

One example, Sharlet says, is this still-reverberating echo of pizzagate:

I spoke with dozens of Trump supporters who believe that the Democratic establishment primarily serves as a cover for child sex trafficking. … It was, they told me, simply known. “Perverts and murderers,” said a woman in Bossier City. One man, a Venezuelan immigrant, explained that many socialists are literal cannibals. There were the Clintons, of course, but a youth pastor promised me that Trump knew the names of all the guilty parties and was preparing their just desserts. The president himself, in speech after speech, intimates that Judgment Day is coming. In Hershey, Pennsylvania, he spoke of “illegals,” hacking and raping and bludgeoning, “relentlessly beating a wonderful, beautiful high school teenager to death with a baseball bat and chopping the body apart with a machete.” And that, he added, was only what he could reveal. There was more, he said, much, much more. Believe me.

Such is the intimacy of Trumpism: innuendo and intimation, the wink and the revelation.

Any political candidate with a devoted following can be said by unfriendly journalists to be at the center of a cult, but Sharlet has better papers than most. He wrote The Family, an exposé of a hidden fundamentalist network inside America’s political power structure. Netflix made it into a documentary series. Sharlet’s eye for detail and his tireless shoe-leather reporting make him one of the best current chroniclers of non-traditional religiosity.

Surveying the Trump movement, he sees a marked shift:

In 2016, the Trump faith was name it and claim it, Make America Great Again, the prospect of the restoration of a mythic (read: white) past. Now, though, the kingdom has come. Trump is no longer storming the gates; he holds the power. The faith for 2020, I learned at his rallies, is a secret one, its password a wink that’s really a warning, its enemy invisible and everywhere: the deep state, the pedos and the FBI, Democrat-ruled sanctuary cities and the “illegals” they send forth to pillage the heartland. MAGA has become KAG, Keep America Great — which requires … the eradication of America’s enemies within. …

Four years ago, the mood at Trump’s rallies was electric but heavy, a mix of anger and the possibility of “winning”– winning so much, Trump promised, that we’d get tired of winning. Since then he has won; and won and won and won. The energy now is victorious — and even darker. … [T]he world outside is scarier than ever. “Secret murders everywhere,” says Pastor Sean [a rally attendee], his voice low and growly. “Pedophiles and evil.” That’s why he loves Trump: because he believes God has chosen Trump for this hour. That which Trump’s critics see as crude and divisive, Pastor Sean takes as proof of his anointing. He is God’s champion, a fighter, a “counterpuncher.” All of which has put Trump’s life in danger, says Pastor Sean. “He knows too much.”

Trump only looks like a simpleton to his enemies. In reality, many of his most devoted followers say, he’s an enigmatic envoy of essentially forbidden knowledge who communicates through a series of messages that you have to be especially attuned to divine.

Every tweet, every misspelling, every typo, every strange capitalization — especially the capitalizations, says Dave [another rally participant, and, like Sean, a pastor] — has meaning. “The truth is right there in what the media think are his mistakes. He doesn’t make mistakes.” The message of the shirt [“Trump’s Tweets Matter”] to Dave is: Study the layers. “Trump is known as a five-dimension chess player,” Dave says later. And he’s sending us clues. About the Democrats and Ukraine and his plans. “There are major operations going on,” Dave tells me months later, suggesting that Trump is using COVID-19 field hospitals as “a cover” to rescue children from sex trafficking. …

The joy of a Trump rally is not partisan; it’s the ecstasy of liberation. It’s the convert’s conviction that they have transcended compromise and coalition, that they have entered into the light, undiluted and pure.

But what does it take to see the president like that, when those of us not initiated in the Church of Trump observe only the pitiful sight of a classless buffoon whose narcissism is inversely proportional to his competence? Diane G., another adherent, doesn’t think there’s much hope for us.

“My faith helped me see him.” The Holy Ghost gave her what some Christians call the gift of discernment, an idea rooted in the Book of Acts that just as some are gifted the ability to speak in tongues, languages not their own, others are gifted the ability to discern spirits, to perceive wickedness within what might seem righteous and holiness within what might, to the undiscerning, be mistaken for profane. …

“Trump is not my God,” says Diane. “But God put him there.” God put him in power and planted a seed of faith in his heart. If you knew how to look, you could watch it grow. “It’s amazing,” Diane shouts. She takes hold of my arm, squeezing. “It gets bigger and bigger!”

You can get a good sense of what’s in Sharlet’s exhaustive article by watching this video.

But do yourself a flavor and still click through to the Vanity Fair site, where Bruce Gilden serves up photos of Trump acolytes that are the perfect accompaniment to the story. Gilden’s portrait are marked by a borderline cruel, unsparingly ugly esthetic that makes me feel guilty, like a rubbernecker. I don’t want to look, but I can’t look away. 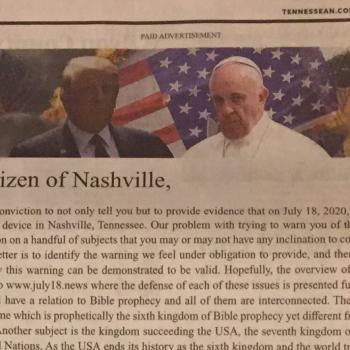 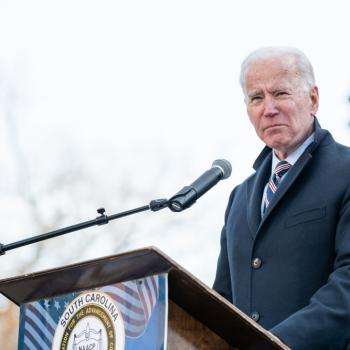