The United Kingdom’s Office for National Statistics just released data regarding COVID-19 deaths and religion (based on the 2011 census), and one finding certainly stands out: People without religious faith seem to be coping with the virus far better than the religious.

Here’s a standardized chart listing the number of deaths per 100,000 people for various religious groups. 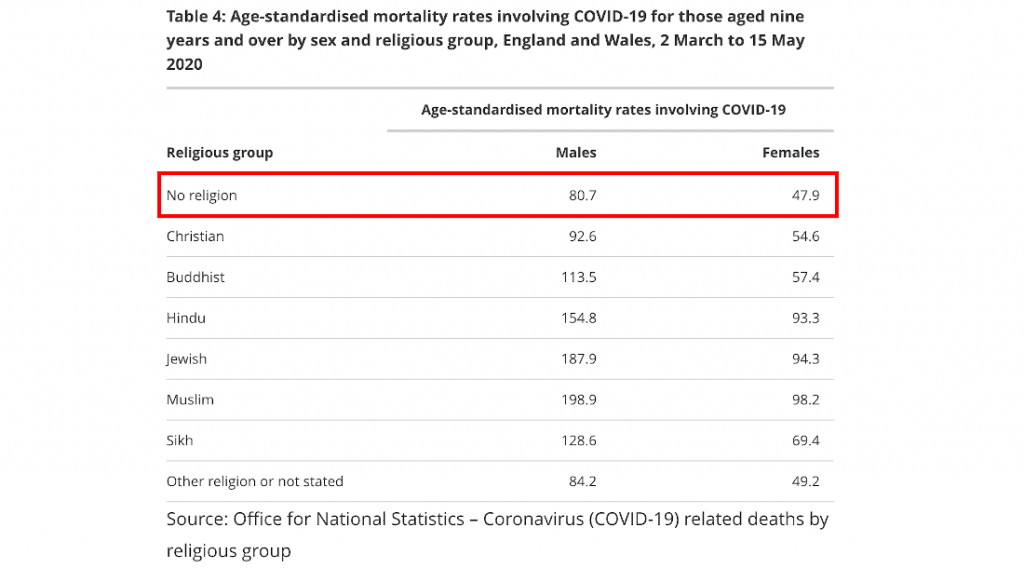 You can see that, for both men and women, non-religious people fare better than every other group. Muslims, Jews, Hindus, and Sikhs are struggling much more. Why is that? It would be lazy to blame this just on religious differences. There are plenty of other factors in play:

Those increased risks were largely explained by factors including race, sociodemographic characteristics and population density, the ONS said, but an increased risk for Jewish people remained even after they were taken into account.

In other words, Muslims and Sikhs and Hindus tends to congregate in close proximity a lot more than, say, Christians. That’s a cultural thing, not a religious thing. That means there’s more opportunity for the virus to spread in those communities.

And atheists have no friends. So we’re safe. Something like that.

I wish I could say non-religious people are more likely to take the advice of scientists and take proper precautions, but there’s no reason to think these other groups are actively rejecting advice about face masks. They’re listening to scientists as best they can. It’s just that other variables are coming into play. 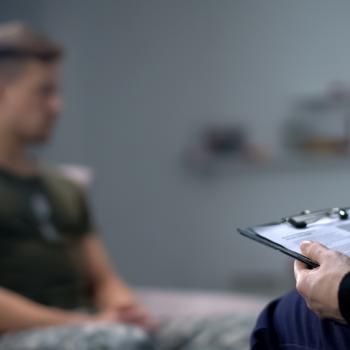 June 20, 2020
Christian "Conversion Therapy" Group Will Shut Down After Years of Failure
Next Post 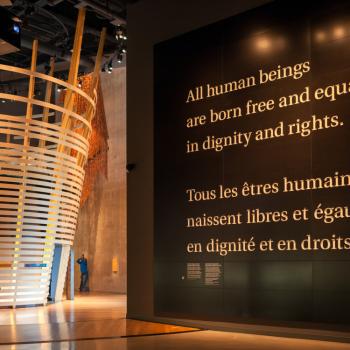 June 20, 2020 Canadian Museum for Human Rights Skipped LGBTQ Content on Religious School Tours
Browse Our Archives
What Are Your Thoughts?leave a comment