Christian “Conversion Therapy” Group Will Shut Down After Years of Failure

Last year, 51-year-old McKrae Game made a rather shocking announcement. After spending nearly two decades running an organization that came to be known as Hope for Wholeness, a South Carolina-based Christian group that supports gay conversion torture, he was leaving the movement.

Not only that, he was gay.

Not only that, Game admitted conversion therapy was “very harmful” and “false advertising.”

He said he had left the organization in 2017, but this was a more overt breakup with the entire conversion therapy subculture.

“I was a religious zealot that hurt people,” Game said in an interview. “People said they attempted suicide over me and the things I said to them. People, I know, are in therapy because of me. Why would I want that to continue?”

“I created it all,” Game said of Hope for Wholeness. “We have harmed generations of people.”

There were plenty of conversations at the time about whether Game ought to be forgiven. (Could anyone truly repent after harming so many people?) But now there’s another update to this story: Hope for Wholeness is finally shutting down.

It seems that after Game walked away, the group had trouble finding a new leader — who could’ve guessed? — and they’ve decided it’s not worthwhile to continue.

“It has been a tumultuous several years for us. We lost the founding director, searched for two years for his replacement, hired a new director and then lost that director as well,” the memo, which was signed by the group’s board, states. “After much prayer and discussion, we have made the difficult decision to dissolve the organization. This was not an easy decision. But we do believe it is the right decision.”

No tears will be shed over this. And before you have any sympathy for them, the group announced that all of its funds (amount unknown) will be given to a different conversion torture group.

Hope for Wholeness, which was affiliated with the more well-known Exodus International (which ended for similar reasons in 2013), had branches in 15 states. We have no idea how many lives they ruined along the way, all in the name of Jesus. All we can hope for at this point is that anyone who worked with that organization will come to their senses in the near future. You can’t change your sexual orientation. Pretending otherwise is cruel. Others forcing that belief upon you is even worse.

The “ex-gay” movement is over. Gay people won.

(via Joe. My. God. Featured image via Shutterstock) 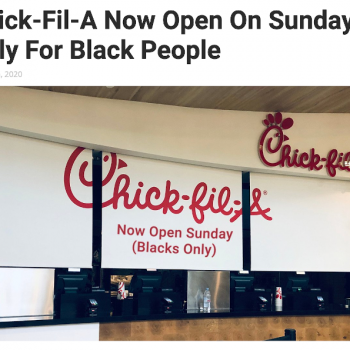 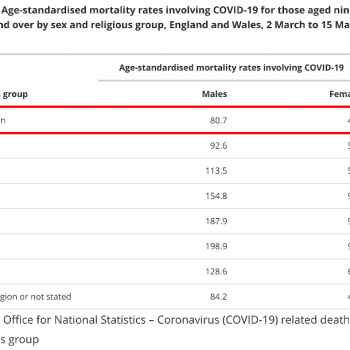