Churches Are Receiving Bailout Dollars and the GOP is Hiding All the Details June 18, 2020 Hemant Mehta

When the U.S. government passed the “Paycheck Protection Program” (PPP) in April, the big scandal was how large businesses (like restaurant chains) were receiving millions of dollars while many actual small businesses received nothing at all.

But because non-profits were also eligible for the money, many religious institutions also applied for the cash. Which meant thousands of churches were scooping up millions upon millions of taxpayer dollars in order to further their proselytizing.

This week, another scandal came to light. 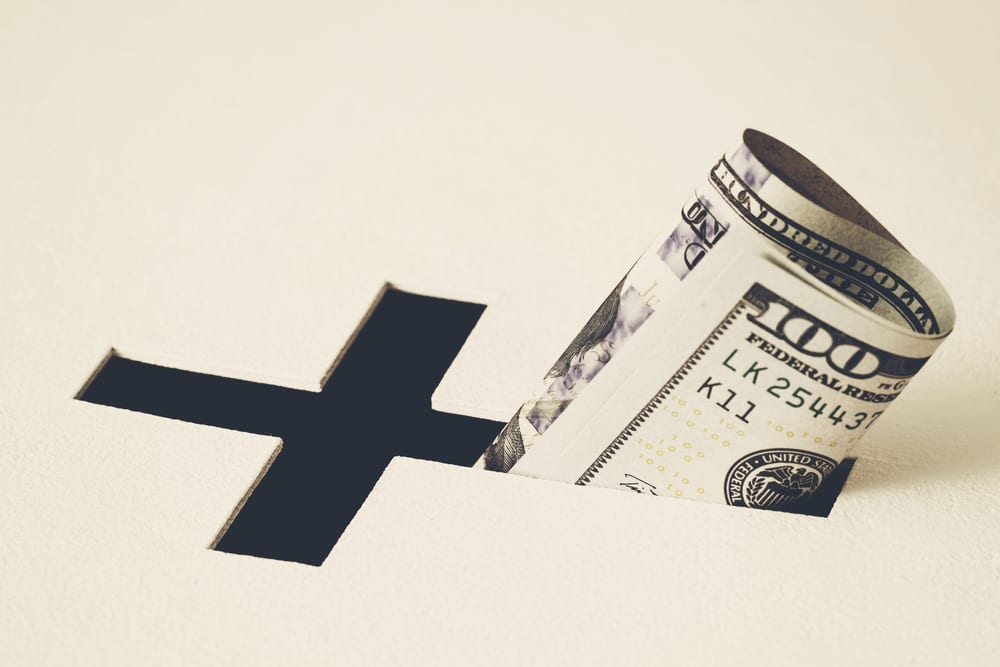 The Trump administration and Treasury Secretary Steve Mnuchin say that they will not publicize which groups got how much money. It’s all a secret. For all we know, companies owned by Republican donors are receiving an outsized portion of the funding.

The Government Accountability Office, a top watchdog, also hasn’t received the loan-level detail. Mnuchin said the administration is working with the GAO to provide more information.

Put those things together and it means we have no idea which churches are receiving taxpayer dollars — or how much. Now a number of atheists are sounding the alarm about the GOP’s arguably illegal gift to churches.

American Atheists has filed a Freedom of Information Act (FOIA) request with the Small Business Administration (SBA) demanding to know which non-profits (of all kinds) have received money.

“The Trump Administration should never have funneled taxpayer dollars toward religious worship. This is patently unconstitutional,” said Alison Gill, Vice President for Legal and Policy at American Atheists. “Now that it has happened, we demand complete transparency to determine the scope of this unconstitutional activity and the extent of any favoritism.”

Constitutional attorney (and the Freedom From Religion Foundation’s strategic response director) Andrew Seidel echoed those concerns to The Humanist:

The scary thing is we are giving, for the first time in American history, our government the power to directly fund religion. That has never happened before, and we are giving that power to Donald Trump, who was carried into office on a wave of Christian nationalism and evangelical support, and a man whose penchant for grift and corruption and self-dealing is unbounded.

There’s a lot of corruption in this administration and that’s just what we can see. The amount of grift Republicans are covering up may be even worse. Churches that receive all the perks of being a non-profit do not deserve the additional gift of receiving taxpayer dollars for nothing, much less with no accountability and no ability for accountability.

We cannot count on church leaders to be forthright with this information. We definitely can’t count on Republicans to demand this information go public. It may take lawsuits for now and a hell of a lot of votes against Republicans in November. But for a party that claims to care about fiscal conservatism, without oversight, this should be seen as nothing more than right-wing looting.

June 18, 2020 The Trump Admin Still Won't Reveal What the "Religious Liberty Task Force” Did
Browse Our Archives
What Are Your Thoughts?leave a comment