Can it really be?

Eleven months ago, Secretary of State Mike Pompeo called Beijing’s shameful treatment of China’s Uyghurs — the 25-million-strong ethnic group whose members are predominantly Muslims — “the stain of the century.” China has sent between one and three million Uyghurs to re-education facilities that aren’t much different from concentration camps. Pompeo was right to draw attention to this.

Now, via former National Security Adviser John Bolton (below) and CNN, we learn that President Donald Trump, just one month earlier, had told his Chinese counterpart Xi Jinping that “Xi should go ahead with building the [Uyghur] camps.” 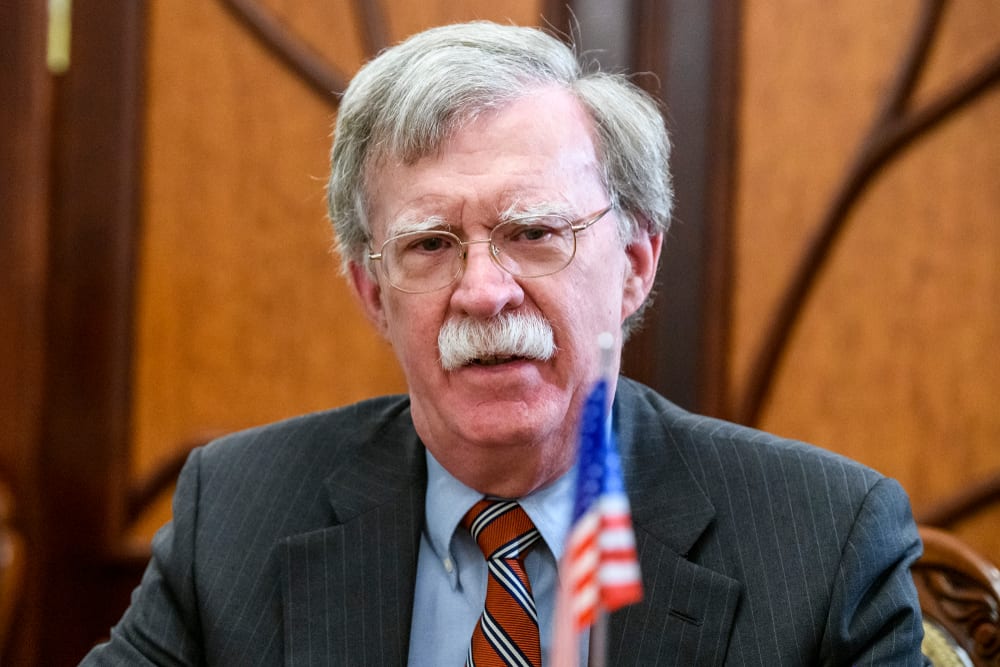 Writes Bolton in his new book, The Room Where It Happened, due out early next week:

“At the opening dinner of the Osaka G-20 meeting in June 2019, with only interpreters present, Xi had explained to Trump why he was basically building concentration camps in Xinjiang. According to our interpreter, Trump said that Xi should go ahead with building the camps, which Trump thought was exactly the right thing to do. The National Security Council’s top Asia staffer, Matthew Pottinger, told me that Trump said something very similar during his November 2017 trip to China.”

The U.S. State Department estimates that more than one million Uyghurs, ethnic Kazakhs, Kyrgyz, and members of other Muslim minority groups have been detained by the Chinese government in internment camps, where they are reportedly “subjected to torture, cruel and inhumane treatment such as physical and sexual abuse, forced labor, and death.”

I previously wrote about that here. See also here.

One reason for Trump’s easy acquiescence, Bolton says, is that he wanted Xi’s help in securing a second term.

Bolton characterized Trump’s interactions with Xi as “ad-libbed,” bolstered by personal flattery and driven by political ambition rather than policy. “I am hard-pressed to identify any significant Trump decision during my White House tenure that wasn’t driven by reelection calculations,” Bolton writes.

He was Trump’s National Security Adviser for just 17 months, from April 2018 until September 2019. The two didn’t part on the best of terms, so it’s possible that Bolton has an agenda that influences what he writes about the president. I’d also keep in mind that the man is an unlikely defender of Muslims’ rights: from 2013 till 2018, Bolton was chairman of the hard-right Gatestone Institute, an anti-Muslim think tank that has often had a tortured relationship with the truth.

The White House has tried for months to thwart the publication of Bolton’s book, claiming that much of it is classified. That fight is ongoing.

Federal prosecutors are weighing whether to criminally charge John Bolton with disclosing classified information in his upcoming White House memoir, and the Justice Department late Wednesday ramped up its legal campaign by seeking a temporary restraining order to block publication of a book that is being billed as a scathing rebuke of President Trump, according to court documents and people familiar with the matter.

But that’s like closing the barn door after the horse has bolted.

On Wednesday, the Wall Street Journal published a lengthy excerpt of the book. It is also in the hands of journalists who have begun to chronicle its findings in stories.

Bolton’s accusation that Trump gave his blessing to the Uyghur camps in return for Xi supporting the president’s re-election may hit Trump where it hurts (though how such assistance would work is unclear). He likes to be seen as a master of gamesmanship who’s willing to play political and economic hardball with China; if he’s been soliciting Xi’s help on the back channel, the optics of that aren’t good. Also, Trump’s apparent propensity to have foreign governments do his domestic bidding has gotten him impeached late last year, and the White House surely wants no repeat of that fiasco.

I’m not certain that Bolton — who is after all a verified liar and spinner, just like Trump — knows what he says he knows about the president, much as I would like to take him at his word. Because his book is a personal memoir, neither Bolton nor his publisher felt compelled to offer corroboration of the presented facts. It’ll fall to a cadre of national journalists to factcheck the book in the weeks to come, and to let us know if it as reliable as the author would have us believe. 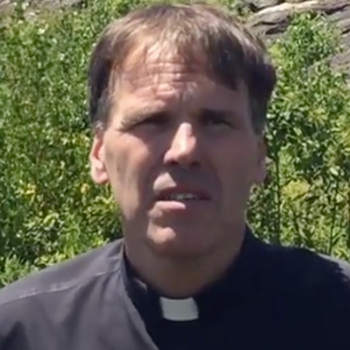 June 17, 2020
CT Priests Ascend Tower to Pray COVID Away, and the Local Paper Live-Streams It
Next Post