Richard Land, the president of Southern Evangelical Seminary in North Carolina, says that Confederate memorials ought to come down and military bases bearing the names of Confederate soldiers ought to be renamed. It’s a bold statement from a once-prominent Religious Right figure.

He made the comments on TheDove TV’s “Focus Today”:

Richard Land, president of Southern Evangelical Seminary, says that Confederate monuments should be removed and military bases named after Confederate generals should be renamed. pic.twitter.com/t7BDIu9yT1

I think that it’s time for Confederate memorials to come down and for them to be relocated in museums where we can study them in the context of history. And I think the names of these 10 Army bases in the South that are named after Confederate generals need to be renamed.

And let me explain why: These men, these Confederate generals, swore an oath of allegiance to the Confederacy. They took up arms in order to overthrow the government of the United States whose Army bases these are. 22% of the Army is made up of African Americans who only make up about 13% of the population, so they’re overrepresented in the Army, in the military.

What must it be like for people to live — live! — on those bases? They live there! They live in Fort Benning… To live on these bases that are named after generals who fought to keep their ancestors enslaved is just morally wrong! And it needs to change.

He’s… right. Which is weird coming from Land, of all people, because he was the face of Christian racism nearly a decade ago. Even more recently, he’s said the wrong things at the wrong times.

Remember: We’re talking about the man most responsible for turning the Southern Baptists into a radically conservative political force that focused on “culture war” issues. The guy who defended the morality of Donald Trump in 2018 by pointing to the stability of his third marriage. (That would be the one that included paying hush money to a porn star with whom he had an affair.) And the guy who “retired” as head of the Southern Baptist Convention’s Ethics & Religious Liberty Commission in 2012 after saying Democrats only talked about the murder of Trayvon Martin to “gin up the black vote” for Barack Obama.

Has he had a complete change of heart? It’s not like he’s done much to get beyond his older comments outside of issuing a standard bland apology. But if this is the start of him trying to be relevant again, I suppose right-wing Christians are more likely to listen to him than anyone else. That is, if they don’t immediately declare him a heretic. 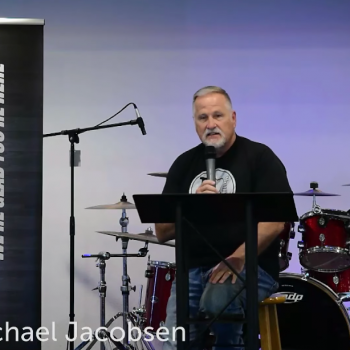