CT Priests Ascend Tower to Pray COVID Away, and the Local Paper Live-Streams It

Father James Sullivan and three other priests [climbed] the Republican-American clock tower [in Waterbury, Connecticut] to pray the rosary. …

Last week, Sullivan prayed the rosary on scaffolding 90 feet in the air in front of the image of Mary at the Basilica of the Immaculate Conception looking over the City Green.

It’s not the weirdest thing priests do, but it’s up there.

Sullivan, wearing a harness and a hard hat, appeared in a Facebook video that garnered more than 3,000 views. 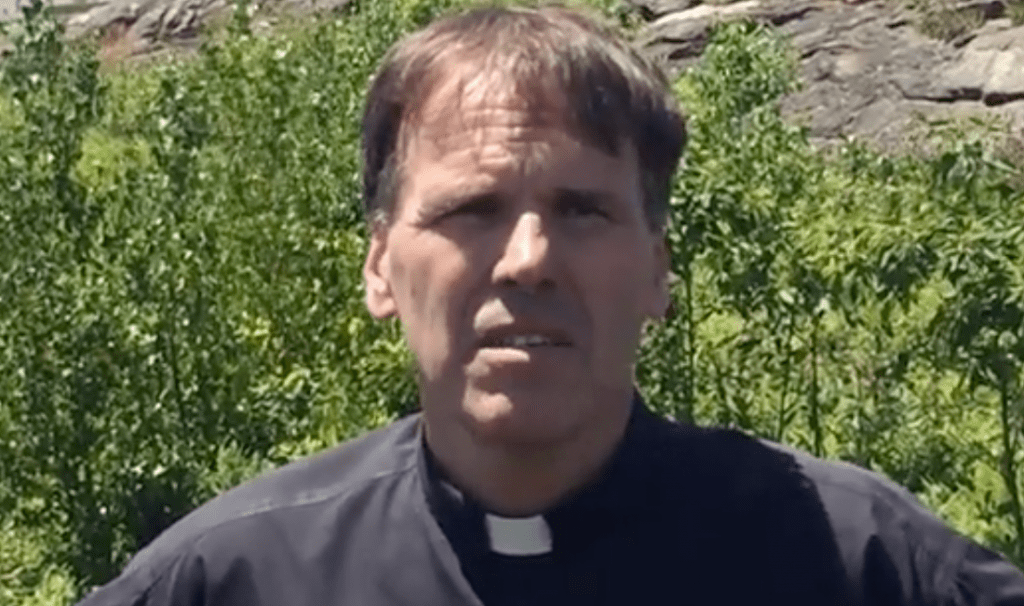 A hard hat and a harness don’t exactly proclaim Father Sullivan’s faith in God, but as long as church spires have lightning rods, at least he’s being consistent.

I expected to read that the padre ascends tall structures to sprinkle the city with holy water, but I soon realized that’s crazy talk. Everyone knows you need a private plane for that. Or a helicopter. Or at least a Mercedes van. Water pistol optional.

“The significance of being high in the air is, on the one hand, practical: we can see the entire city,” Sullivan said. “On the other hand, the reason is spiritual.”

Four priests representing different cultures — symbolic of the four corners of the earth — will join in the rosary. They will pray for an end to COVID-19 and for people affected by it; “peace in the hearts of all people” during this time of unrest and “that God bless the city of Waterbury and her people,” Sullivan said.

The local Republican-American newspaper, on whose property yesterday’s event took place, live-streamed the whole thing. (I lived in its distribution area for a few years and whoo boy. The paper said Senator Chris Dodd was a “chief apologist for the communist tyrants,” claimed Senate candidate Ned Lamont was a Stalinist, and alleged that “Marxists-Socialists” rule the Democratic Party.)

As for Sullivan and his three buddies, it obviously makes no difference whether they pray the rosary from home, from a tower (though the Lord might not approve), or at all; but if they won’t exercise their brains, at least their bodies got a workout, so it’s all good. 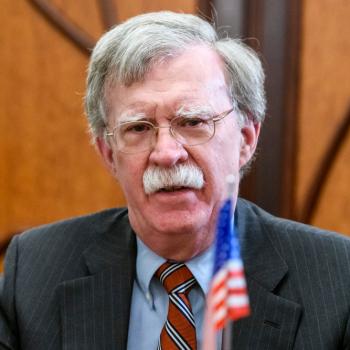 June 18, 2020 Bolton Alleges That Trump Gave His OK to China's Re-education Camps for Uyghurs
Browse Our Archives
What Are Your Thoughts?leave a comment