Natasha Crain is an evangelical author and speaker who contributes to Focus on the Family’s website, so you can guess where her allegiances lie. Like so many conservatives, she refers to the murder of George Floyd as “tragic” and condemns racism. But the white lady insists Christians should be wary of the Black Lives Matter movement because it may draw them away from Jesus. 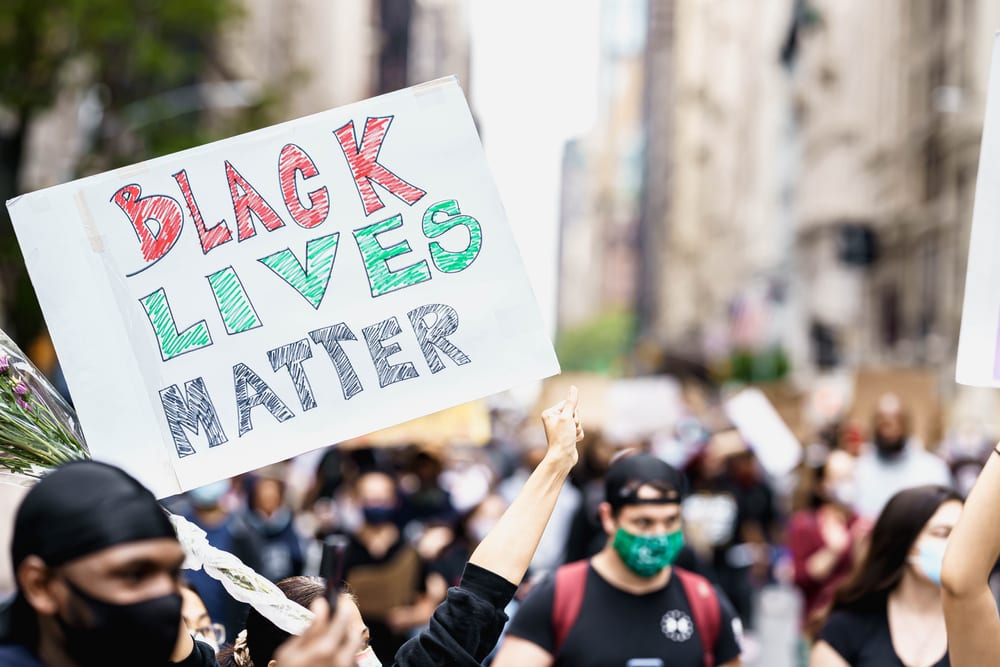 … before you champion the organization Black Lives Matter, be sure to read the statement of beliefs on their site (these reach far wider than a statement of black equality — their support for abortion, desire to “disrupt” the traditional family structure, and call to erase all gender lines are just a few of many concerns here).

Got that? Asking for equality is fine… but dismantling a system that often leaves African Americans behind goes too far. The website for BLM doesn’t explicitly talk about abortion, by the way. But controlling someone else’s body is essentially America’s Original Sin, and demanding bodily autonomy, whether it’s a woman who doesn’t want a Republican getting in between her and her doctor, is a way of demanding respect.

And they don’t want to get rid of the “traditional family structure” either. Crain is lying about that. They just want recognition of families that aren’t only father/mother/children. They call for “supporting each other as extended families and ‘villages’ that collectively care for one another.”

Somehow, that’s not Jesus-y enough for Crain… even though Jesus’ “family” was essentially Him and a dozen of His male friends.

As for erasing gender lines, the movement says it’s “queer‐affirming” and that they “make space for transgender brothers and sisters to participate and lead.” In other words, all are welcome. Which is another concept that Crain finds disgusting.

She says more about abortion later:

Abortion, for example, doesn’t suddenly become morally acceptable just because a black person shares their experience of discrimination and injustice, then states that it’s oppressive to the black community to be pro-life (something I’m seeing a lot of online).

So she doesn’t like when people tell a personal story addressing the underlying issues that may lead to abortions? Then she should have a long chat with the anti-choice folks who broadcast misleading images of bloody fetuses, distort language to pretend liberals are guilty of infanticide, and have a nasty habit of claiming abortions “kill” millions of Black “babies” each year — as if the police brutality isn’t that big of a deal.

Being “pro-life” isn’t the problem. Pushing for policies that make it harder for people to avoid getting pregnant, then make it harder for them to care for the children they didn’t want to have, is the problem. The BLM movement is far more focused on fixing the structural issues that increase abortion rates than having a debate about the morality of abortion.

And then there’s this absolutely insane Christian flex toward an “All Lives Matter” position:

If God doesn’t exist, the universe came into existence by chance, the first living cell developed from non-living matter by chance, and all living things are the eventual product of the blind, undirected process of evolution. In such a case, human life is no more valuable than dust, and there is no basis for saying that any life matters. Only if there is an author of life who creates and imbues us with a meaning greater than our physical parts can lives actually matter, and in an equal way.

Religious is part of the reason we’re in this mess. Just ask the Southern Baptists. There are plenty of progressive religious leaders protesting and leading the charge to make sure police reform occurs. Crain’s role is nothing more than to criticize them from a distance, suggesting that those pastors aren’t real Christians if they support a movement whose inclusiveness and dissatisfaction with the status quo threatens a traditional Christian worldview.

It’s telling that the people complaining the loudest about the protests — conservative politicians, FOX News pundits, the people who cherish Confederate flags, the ones who deny the most basic elements of Black history — are also primarily the people who share Crain’s religious beliefs. They’re unable to understand how their faith has made our country’s race problem worse no matter which era you choose to study.

The power in the Black Lives Matter movement is that it’s not dogmatic when it comes to religion. Believe whatever you want; just fight for these progressive values. The people who hate that are the people like Christian Karen here, who benefit from the way things are and have no desire to change that.

The less power she has, the better off everyone else will be. 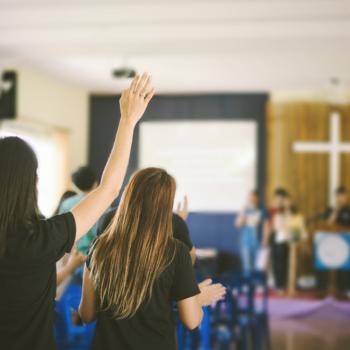 June 15, 2020
To No One's Surprise, More Coronavirus Outbreaks Are Traced Back to Churches
Next Post 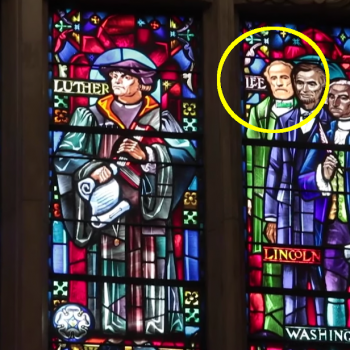 June 15, 2020 Boise Church to Remove Window of Gen. Robert E. Lee; Offers Public Repentance
Browse Our Archives
What Are Your Thoughts?leave a comment