Earlier today, the Supreme Court said in a surprising 6-3 decision that sex discrimination, as prohibited by the Civil Rights Act of 1964, applies to gay and transgender people as well. You can’t be fired solely for being LGBTQ — which happened to the Plaintiffs in the cases under review — though that won’t prevent employers from searching for loopholes. (Stay tuned for a whole bunch of “religious freedom” cases…)

Still, it was a stunning decision and a gut-punch to right-wing activists who may have assumed they had a 5-4 victory in the bag. Instead, both John Roberts (who voted against marriage equality in Obergefell) and Neil Gorsuch (whose own views on LGBTQ rights were relatively murky until he wrote this majority decision) sided with the Court’s liberals. Even Brett Kavanaugh, who dissented, noted the “important victory achieved today by gay and lesbian Americans.” 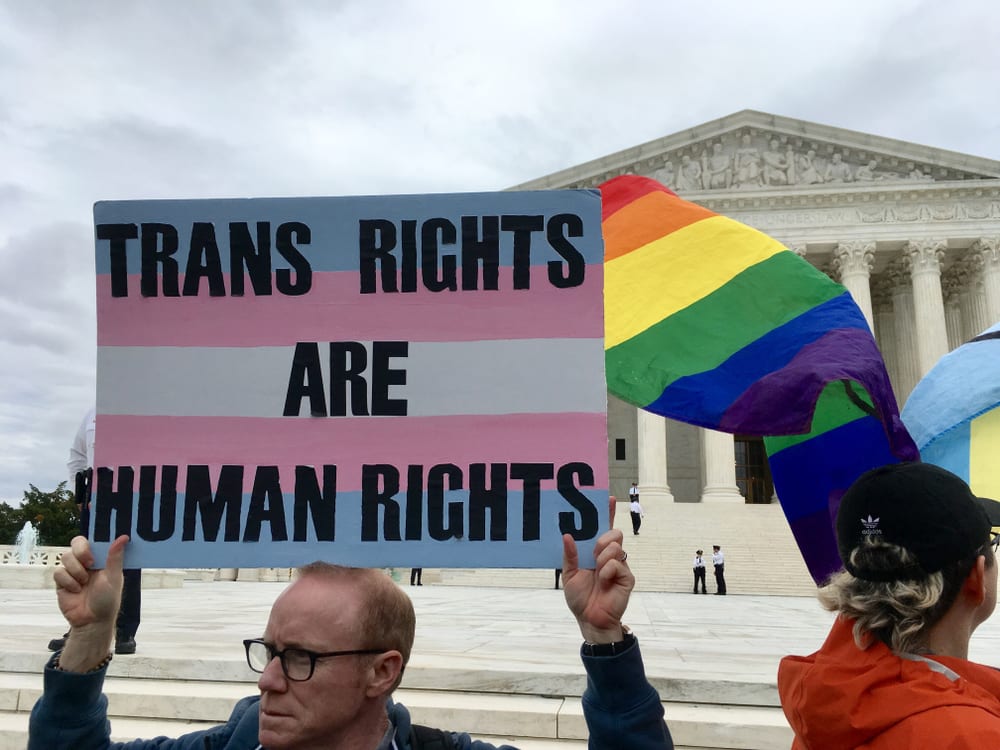 I won’t get into further legal details right now. But a number of groups focused on atheism and church/state separation have weighed in on the matter (because LGBTQ rights are almost always fought by religious conservatives) and I wanted to share their words here. Many of them note the looming religious battle that lies in the future.

Rachel Laser, president and CEO of Americans United for Separation of Church and State:

“This Supreme Court decision is a landmark victory for LGBTQ people that affirms they have employment protections that allow them to live as their true selves. We owe a deep debt of gratitude to Aimee Stephens, Don Zarda and Gerald Bostock for their brave fight to secure these rights for the entire LGBTQ community, and we deeply regret that Aimee and Don are not here to celebrate these victories with us. We cannot imagine a more critical moment than during a public health crisis to make clear that the government should ensure that all of us — no matter who we are or who we love — can make a living in this country.

“But another fight is looming. The court specifically said that because the employers in this case did not rely on religious arguments, ‘how these doctrines protecting religious liberty interact with Title VII are questions for future cases.’ The progressive, inclusive faith and secular communities must come together to make clear that religious freedom is a shield that protects, not a sword that licenses discrimination and harm to others.

“This major step forward in living up to our Constitution’s promise of freedom and equality for all, building upon the foundation laid more than 50 years ago by Black and Brown trans women who fought back against police brutality and discrimination, must stand when challenged on religious grounds. We know attacks on LGBTQ equality will continue in other aspects of life – public accommodations, government services and elsewhere. That’s why Congress must pass the Equality Act, which protects the civil rights of LGBTQ people. We also know that people will try to undermine this win with false claims of religious freedom. That is why we need to pass the Do No Harm Act, which will prevent religion from being used to harm others.“

“This ruling is an important step forward during a time when we are seeing regression at every turn. Just days after Trump’s disheartening decision to withdraw safeguards for transgender people against sex discrimination in healthcare, the highest court in the land demonstrates there’s still hope for justice by recognizing civil rights employment protections for the LGBTQ community,” declared AHA Executive Director Roy Speckhardt. “Even with the Religious Right entrenched in Washington, DC, progress can still happen.”

“In Title VII, Congress adopted broad language making it illegal for an employer to rely on an employee’s sex when deciding to fire that employee,” Speckhardt concluded. “We do not hesitate to recognize today a necessary consequence of that legislative choice: an employer who fires an individual merely for being gay or transgender defies the law. There is still a long way to go to achieve LGBTQ equality and so we must coalesce to continue to seek justice for all.”

Although today’s decision is a monumental victory for LGBTQ equality, the court failed to address a critical question: Can Christian employers claim a religious right to fire LGBTQ employees? The court didn’t answer that question. This makes the fight for state/church separation all the more vital. We at the Freedom From Religion Foundation recognize the struggle is far from over to ensure that religious dogma is no longer permitted to undermine the rights to full citizenship for LGBTQ Americans or individual liberty for any American.

While the Supreme Court made clear that LGBTQ Americans are protected from discrimination in the workplace, the specter of religious exemptions undermining this basic protection looms large. The decision itself leaves open the possibility that the Religious Freedom Restoration Act can still be used by employers to weaponize religion against their employees.

This decision is a watershed moment in the fight to protect all Americans from discrimination, but we have work to do. Just last week, the Trump Administration issued a discriminatory health care rule that puts LGBTQ Americans at risk of being denied necessary medical treatment.

Starting today, we will use this decision as a starting point to undo this Administration’s attacks on LGBTQ Americans, perpetrated as a cynical ploy to secure the votes of White Evangelicals. But it will not happen overnight and we can’t rely on this single decision as the final word.

Congress must pass the Do No Harm Act to limit the effects of RFRA and the Equality Act to explicitly protect LGBTQ Americans in all areas of law, including housing, education, public accommodation, and more. We can celebrate today, but tomorrow we must get back to work.

I’m not the first person to say this, but we shouldn’t have to hold our breaths for each Supreme Court decision and celebrate whenever they do something like this that is both correct and obvious. If Democrats vote in overwhelming numbers this November, it’s possible to flip the Court away from the five religious conservatives (especially if and when Clarence Thomas announced his retirement) so that these victories become commonplace. 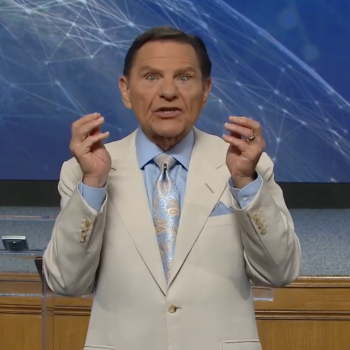 June 15, 2020
Horror Preacher Ken Copeland Stars In the Most Disconcerting Musical Number Ever
Next Post