Lori Vallow’s Children Just Turned Up Dead. How Her Faith Went Off the Rails.

No one had seen Lori Vallow‘s two children since last September. Yesterday, 17-year-old Tylee and 8-year-old Joshua were finally found — decomposing in the backyard of the home of Vallow’s latest husband, Chad Daybell.

Detectives are still trying to piece the case together, but they know it involves at least five suspicious deaths, a prepper-culture doomsday group called Preparing a People, and two parents who somehow slipped from the common delusions of the Church of Latter-day Saints into the maw of full-bore religious madness. 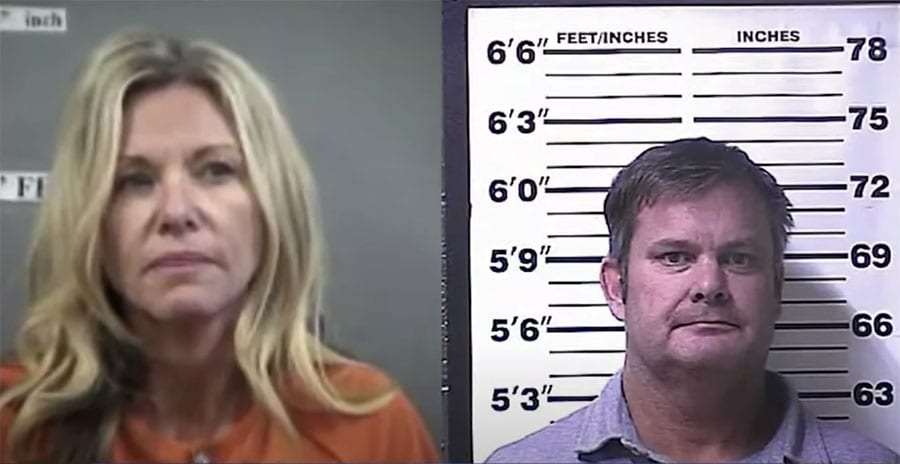 Rexburg [Idaho] police began searching for [Joshua, who often went by JJ, and Tylee] in November after they tried to conduct a welfare check on Joshua, who was adopted and had special needs. Vallow and Daybell had refused to cooperate with the investigation into the missing children and left the state, police said in a December statement.

The parents were soon found living in a luxury home in Hawaii, where

Vallow was arrested and extradited to Idaho on charges of desertion and nonsupport of dependent children.

Reflecting the cops’ belief that she was likely involved in the kidnapping or death of Tylee and JJ, Vallow has been held on an eye-popping one-million-dollar bail ever since. Daybell was arrested only last Tuesday, the same day detectives got a search warrant for his Idaho property.

The marriage between the two suspects raised eyebrows from the start:

Vallow and Daybell married just weeks after his ex-wife, Tammy Daybell, died in October, and her ex-husband, Charles Vallow, was allegedly killed in July by her late brother, Alex Cox, whose December death remains under investigation, too.

Charles Vallow, Lori Vallow’s ex-husband, had been worried about her mental state for some time before he filed for divorce. According to court papers, he said that

She also told Charles that she would kill him if he got in her way and that she had “an angel there to help her dispose of the body,” court documents said. Shortly after her alleged threats, Charles took out an order of protection against Lori Vallow, according to court documents.

Charles claimed that Lori Vallow had “become infatuated and, at times, obsessive about near-death experiences and spiritual visions,” according to court documents. He said he attempted to get her help; however, she refused to visit a doctor because “they would discover that she is a translated being,” court documents said.

Papers filed by Charles Vallow’s attorney go into more detail. (Such statements are not always reliable when divorce or custody proceedings are contentious, so keep that in mind.)

Mother [Lori Vallow] has recently become infatuated at times obsessive about near-death experiences and spiritual visions. Mother has told Father [Charles Vallow] that she is sealed [eternally married] to the ancient Book of Mormon prophet Moroni and that she has lived numerous lives on numerous planets prior to this current life. Mother also believes that she was married to James the Just in a past life and also lived as Mary French in the 1800s who was Joseph Smith Jr.’s natural grandmother. Mother also informed Father that she is a translated being who cannot taste death sent by God to lead the 144,000 into the Millennium. Mother believes that she is receiving spiritual revelations and visions to help her gather and prepare those chosen to live in the New Jerusalem after the Great War as prophesied in the book of Revelation. …

Mother informed Father that she was a God assigned to carry out the work of the 144,000 at Christ’s second coming in July 2020 and that if Father got in her way of her mission she would murder him. …

[D]uring another phone conversation she kept referring to Father as ‘Nick Schneider’ instead of Father’s name. Father asked who Nick Schneider was and Mother told him that Nick was Father’s real name because Nick had killed Father and taken his identity. Mother proceeded to warn Father that she would kill him upon his return home and had an angel there to help her dispose of the body.

Even apart from the fact that Charles was apparently already Lori’s fourth husband — who’d want to be married to that?

Enter Chad Daybell. He, too, had a (let’s say) rich spiritual life. A Mormon author of religion-tinged doomsday novels, he penned an autobiography a few years ago, Living on the Edge of Heaven, in which he recounted multiple near-death experiences. He said he’d had visions of New York’s World Trade Center burning a year before it did, and also of his children being run over by a car. (For her part, Lori was so obsessed with end times that she confided to a relative, “Sometimes, I think it would be better just to put my kids in a car and go off the side of a cliff.”)

Last November, when rumors about the children’s possible disappearance began circulating and police went to the couple’s Idaho home to check on them, the parents couldn’t offer a clue about Tylee’s whereabouts but said Joshua was staying with an out-of-state relative. That wasn’t true, and a subsequent statement from the frustrated police department said that Joshua and Tylee’s lives were probably in danger.

It’s unclear if an earlier police search of Daybell’s home, executed on January 3, turned up anything of note.

In February, reporter Nate Sunderland of the East Idaho News took a closer look at the semi-secretive end-times group, the LDS-affiliated Preparing a People (PaP), that Lori Vallow and Chad Daybell had gotten involved with. PaP claimed on its now pulled-down website that it wishes to “prepare the people of this earth for the Second Coming of Jesus Christ.”

One ex-adherent, a woman named Jessica, recounted to Sunderland how, after she and her husband moved to East Idaho five years ago,

A man in their new [Mormon] congregation — called a ward — approached her and said he was “spiritually prompted” to offer her a job.

She accepted, and soon found out that his spirituality involved the purported power

… to see spirits and cast out evil spirits from people. He would counsel with people in his home who were supposedly struggling with evil spirits inside of them, and he would claim to cast the spirits out. …

[His] gifts seemed to extend into the digital realm too. Once when the business was having computer problems, he invoked his spiritual power to repair a broken computer server. Other times, if there was a bad internet connection, he might blame it on some sort of spiritual interference.

Latter-day Saints are taught emergency preparedness as part of the LDS Church theology, so when her boss offered her tickets to a PaP conference in Rexburg on that topic, Jessica went.

“The big thing I took away from [the conference] was that from Ucon north, there was going to be a city of light or city of refuge for saints to gather and be protected as the calamities come and things begin to fall.” … She recalls the Rexburg Tabernacle was packed with people on the day of the conference.

Other former PaP followers — but not all — also offer disturbing accounts of the organization’s ideology and its sway over disciples.

The official Church of Latter-day Saints espouses beliefs that aren’t quite as outrageous as those of Lori Vallow, but it would be folly to paint the former as basically rational and Vallows as a heretical kook. There’s a continuum from one to the other, and a sharp line would be hard to draw in this miasma of delusion.

“A lot of these groups continue to function without much oversight or much discipline from the [LDS] church, even though we know church leaders know they are there. The general church leadership is concerned about these groups, but they are not quite sure what to do with them or how to rein them in.”

Meanwhile, at least one mainstream LDS member — Robert Kirby, a columnist for the Salt Lake Tribune —  finds quite a bit of humor in the subject of Vallow and Daybell and their dead kids. See if his piece tickles your funny bone.

No one knows yet why JJ and Tylee had to die. Maybe Daybell and Vallow, obeying an ostensible order from God, murdered them, Abraham-and-Isaac-style. Or maybe they thought the children weren’t among the 144,000 people destined to be saved in the coming apocalypse, and should be spared the suffering of those left behind. Or maybe the kids knew something incriminating about the suspicious deaths of the three adults, and were killed to shut them up forever.

It’s almost certain that religion played a dark and upsetting role here, as it has done in the deaths of at least a dozen other Idaho children whose faithful parents, without actively murdering them, failed their offspring in the worst way possible. 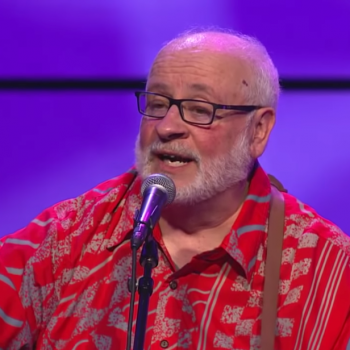 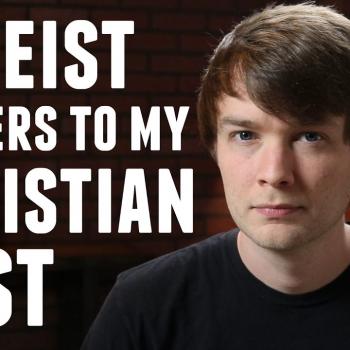 June 14, 2020 Here's What an Atheist Would Say to His Former (Religious) Self
Browse Our Archives
What Are Your Thoughts?leave a comment