Had Romina Ashrafi been murdered by her mother, the authorities might have brought charges that carry a potential death sentence. Her father, an Iranian farmer who actually did kill Romina last month — by murdering the 14-year-old in her bed with a sickle — has much less to worry about. Under Sharia law, he’ll do at most 10 years behind bars. He’d made sure of that a few weeks prior to marching into his daughter’s bedroom and cutting off her head.

Before he beheaded his 14-year-old daughter with a farming sickle, Reza Ashrafi called a lawyer.

His daughter, Romina, was going to dishonor the family by running off with her 29-year-old boyfriend, he said. What kind of punishment, he asked the lawyer, would he get for killing her?

The lawyer assured him that as the girl’s guardian he would not face capital punishment but at most 3 to 10 years in jail, Mr. Ashrafi’s relatives told an Iranian newspaper. 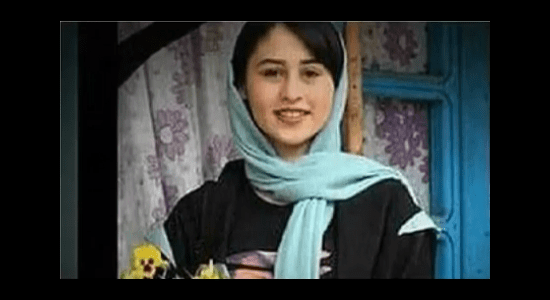 Murder in Iran is subject to the death penalty under the Sharia mandate of “an eye for an eye.” But the penal code, based on Islamic law, exempts a guardian from capital punishment for killing his child. A child’s father and paternal grandfather are considered legal guardians.

However, a mother who kills her child would face execution.

Romina had lived under a cloud of fear for months, although she presented a picture of freedom and daring to the outside world.

She pushed against the rules by letting her hair poke out from her scarf when outside and posted pictures of herself on Instagram without a hijab dressed in jeans and T-shirts, her black hair flowing to her waist.

When her father found out she had a boyfriend,

He confiscated Romina’s phone, kept her at home and began to threaten and terrorize her… One evening he came home with rat poison and rope, she said, encouraging Romina to commit suicide so he wouldn’t have to kill her…

Three days after she ran away [with the boyfriend], Mr. Ashrafi discovered her hide-out and called the police, accusing the [man] of kidnapping. An investigator from the prosecutor’s office dismissed the kidnapping charge after Romina said she went with him voluntarily.

Romina pleaded not to be sent home with her father, telling the investigator of his threats on her life. But Mr. Ashrafi assured him of her safety and she was released to her father’s care.

By the next night she was dead.

While even Iran’s rightwingers say they condemn the now-infamous murder,

Conservatives defended the existing laws and blamed Romina for promiscuity and disobeying religious and cultural strictures.

“The laws for violence against women are enough,” Mousa Ghazanfarabadi, a conservative cleric and lawmaker, told local media. “We cannot execute Romina’s father because it’s against Islamic law.”

The one ray of light in this grisly, depressing affair is that

President Hassan Rouhani asked Parliament last week to fast-track legislation to protect women. The bill, which has been pending in Parliament for eight years, would criminalize emotional, sexual and physical abuse and impose jail time for violators.

A separate bill that would criminalize the abuse and abandonment of children has stalled for 11 years.

It’s plausible that almost 30 percent of all murder cases in Iran involve honor killings of women and girls. The exact figure remains elusive, because the government keeps crime statistics a secret.

The Times reports that

The struggle for women’s rights has a long history in Iran but has suffered setbacks since the 1979 Islamic revolution. The women’s movement was finally dismantled as an organized effort in 2009, criminalized on grounds that it threatened national security.

If you think this story can’t possibly get any more infuriating, look at the Photoshop job that Iranian state media did on a social-media picture of Romina. They’ve digitally manipulated her hijab to hide her hair, so as to spare excitable readers the sight of her natural tresses. It’s just one final patriarchal indignity. Her father didn’t allow Romina to be who she was when she was alive, and the authorities mindlessly follow suit even now that she’s no longer with us. 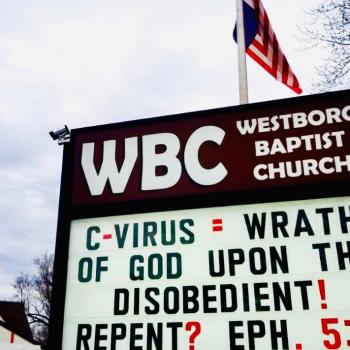 June 8, 2020 Archbishop Viganò to Trump: Anti-Racism Protesters Serve "Children of Darkness"
Browse Our Archives
What Are Your Thoughts?leave a comment