It took more than a week for Liberty University’s Jerry Falwell, Jr. to admit he’s an idiot. And even then it’s a half-hearted acknowledgment.

On May 27, Falwell tweeted this remarkably tone-deaf “joke” in an effort to mock a mandate by the governor of Virginia that people must wear masks in public spaces: 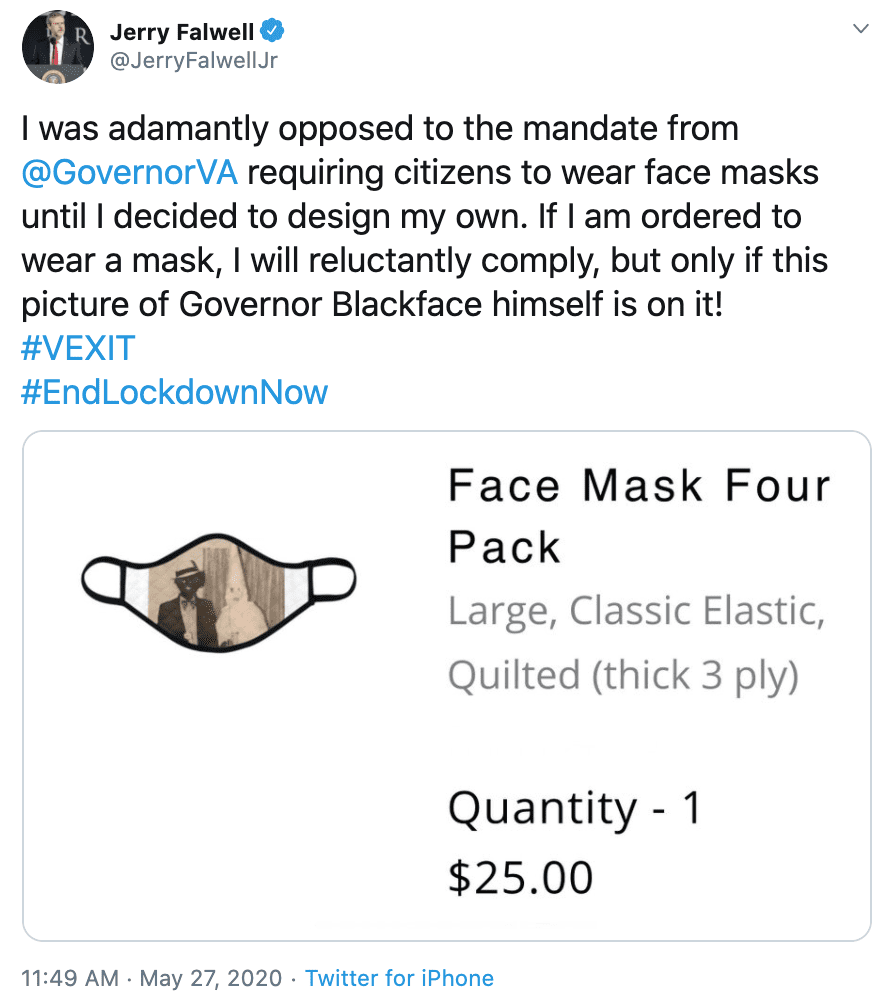 I was adamantly opposed to the mandate from @GovernorVA requiring citizens to wear face masks until I decided to design my own. If I am ordered to wear a mask, I will reluctantly comply, but only if this picture of Governor Blackface himself is on it!

Falwell was bringing up the governor’s blackface scandal out of nowhere — by using an image of a man in blackface and another wearing KKK garb — in order to own the libs.

It took all of that — and who knows how much additional pressure in private — for Falwell to issue a pathetic nonpology today. 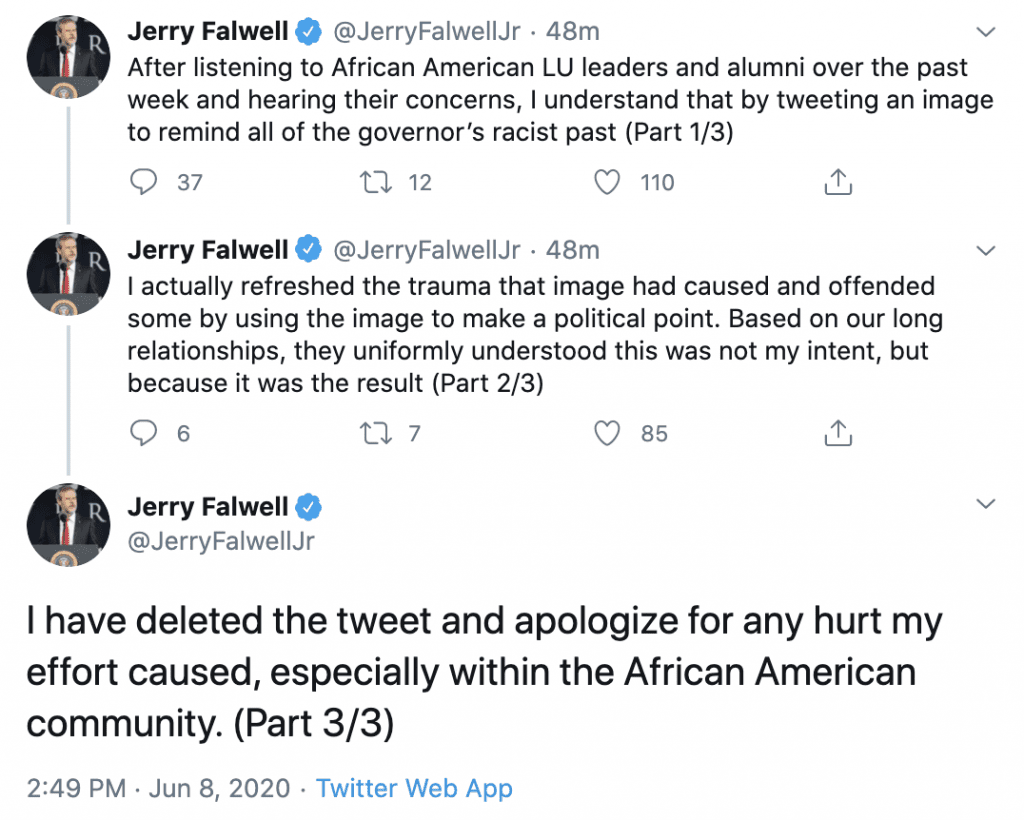 After listening to African American LU leaders and alumni over the past week and hearing their concerns, I understand that by tweeting an image to remind all of the governor’s racist past… I actually refreshed the trauma that image had caused and offended some by using the image to make a political point. Based on our long relationships, they uniformly understood this was not my intent, but because it was the result… I have deleted the tweet and apologize for any hurt my effort caused, especially within the African American community.

Oh boy… Here are the problems with that pathetic statement:

In other words, he’s sorry for the backlash, but not the principle of what he did. He’s sorry you don’t find him as funny as he finds himself.

He’s not resigning, of course. He sure as hell didn’t say that anything would change moving forward.

Bottom line is that Liberty is still a school run by a racist. Not just a racist, but a racist who didn’t even see a problem with tweeting out a racist picture, and who then blamed the world for calling him out on his racism.

Every student who goes there will be judged by Falwell’s actions, fairly or not, but his constant awfulness should at least make them ashamed of their degrees. If they’re not ashamed, then they’re just as morally bankrupt as he is. 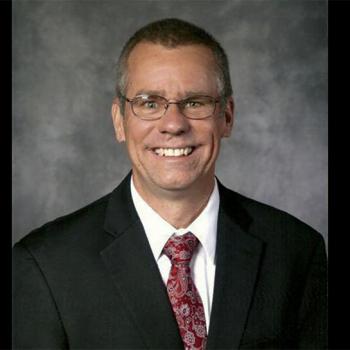