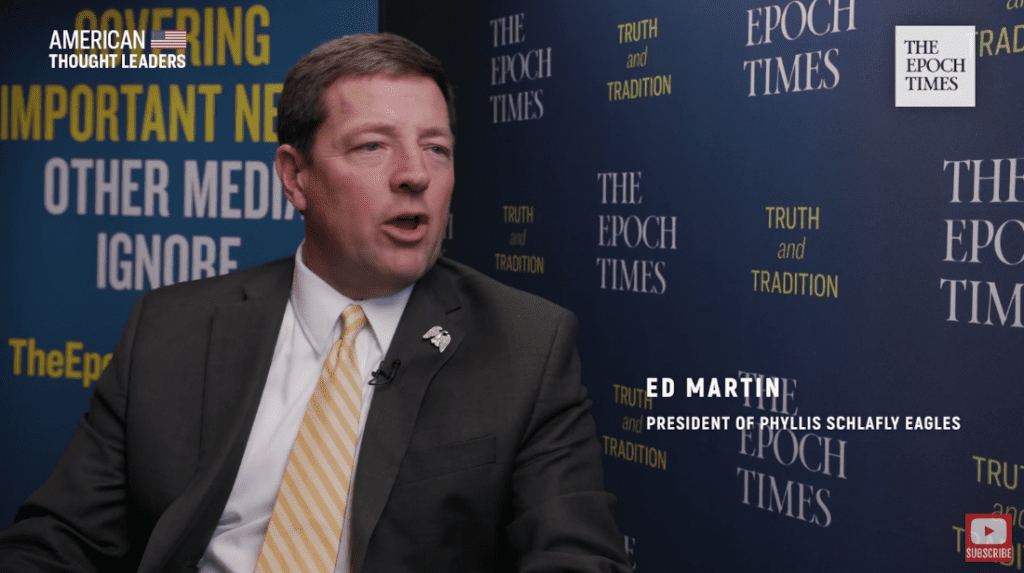 What’s more, Martin, president of the Phyllis Schlafly Eagles, claims that any criticism of the president is nothing more than “gobbledygook.” He was responding to criticism against Trump by Wilton Gregory, Archbishop of Washington, D.C. When a letter didn’t get much attention, he went further on his podcast:

On his podcast Tuesday, Martin went even further, saying Gregory was “making himself into a partisan hack.” Martin said he was not judging Gregory’s character but his conduct, which Martin called “terribly destructive, terribly hateful, terribly scandalous.”

Martin called Gregory’s statement “classic American social justice gobbledygook” and said it was “damaging to the body of Christ.”

“There is no teaching of the Catholic Church that allows an archbishop to judge others and to interject himself in the way he did that I know of,” Martin said.

In fact, religious showmanship — which Jesus condemns in the Book of Matthew — is “destructive” to the faith. Religious leaders ought to speak out against it, as Gregory did. Furthermore, criticizing the actions of a racist, emotionally immature man-child who had protestors tear-gassed so he could have a clear path to a church a day earlier is far less “damaging” than the actions themselves.

But when you’ve hitched your faith to Trump’s wagon, it requires defending anything he does, even when the same actions performed by a Democrat would inspire an outcry from the same crowd.

June 6, 2020
In Corona Ruse, a Man Took His Daughters to Be Drugged and Sexually Mutilated
Next Post