Last night, MAGA cultist and FOX News contributor Pastor Robert Jeffress wrote off criticism of Trump’s pathetic photo op — in front of a church he doesn’t attend, holding up a Bible he’s never read — by suggesting all presidents who invoke religion are accused of the same thing.

… I imagine George Washington had his share of critics who accused him of a “photo op” when he knelt down in prayer at Valley Forge.

The only thing he got right is the word “imagine.”

Let’s just skip over the idea of Washington’s critics accusing him of staging a pose for a technology that had not yet been invented. (When you’re a Creationist like Jeffress, time blends together anyway.)

But the thing he’s describing isn’t even real!

He’s presumably referring to this 1975 painting by Arnold Friberg… 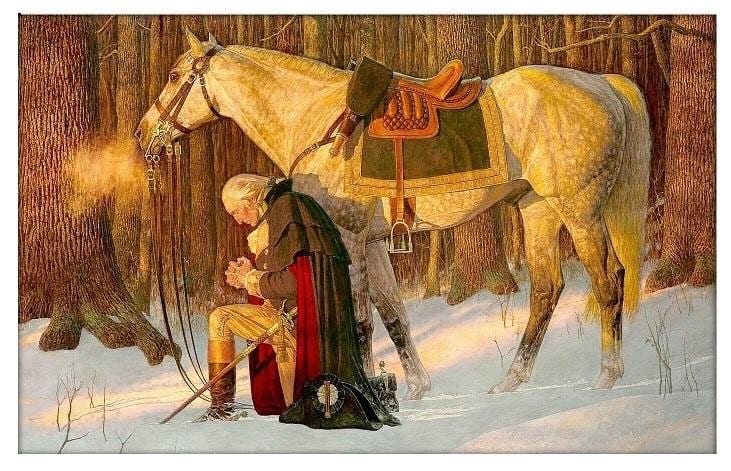 … which depicts an event that never happened. At least there’s no evidence of it. It’s one of those images that only exists in the minds of Christian Nationalists.

Which is to say, there was definitely no attempt by Washington to stage his era’s version of a “photo op,” unlike Trump, who specifically staged his events to send a signal to his slightly dwindling base of religious conservatives.

Not only is Jeffress lying, he’s an idiot. And he’s arguably the most famous evangelical defender of Donald Trump.

That should tell you everything you need to know about the moral bankruptcy of the religion as well as its loudest proponents. 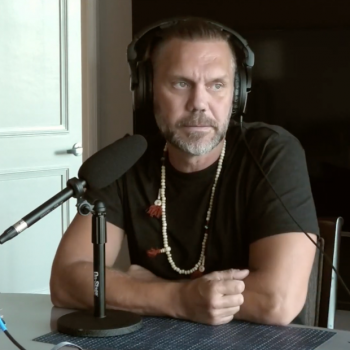