Kat Kerr, the self-proclaimed Christian “Prophetess” who thinks Heaven is home to cows driving tractors and a city made entirely out of Jell-O, said in a Facebook video yesterday that she ordered God’s “army of Heaven” to expose the “evil people” protesting the death of George Floyd, the Black man who was killed by a police officer in Minneapolis who kneeled on his neck:

“As a child of the most-high God, as a believer in Jesus Christ, I take the authority given to me, and I come against every act of violence, whether planned or unplanned, through terrorist groups, hate groups, or wicked people,” Kerr declared. “Any form of evil or injustice, we will not tolerate it. So, therefore, we command the army of Heaven, the Host of Heaven, to go forth right now to expose every act of injustice, every wicked, evil group working on the side of darkness. Expose where they are, the hidden places, the hidden plans, the hidden agenda, the evil people who pay for this wicked violence, who plot and plan this violence, who get people to join their groups by paying them. Expose every one of them, that they will be found out, they will be taken down, there will be no place for them to hide, they will have no power because we shred the plans of the enemy and shred the platforms that have been built in the spirit realm.”

If this were really about demanding justice and exposing evil, she wouldn’t need to resort to the supernatural realm. Plenty of atheists would be right there with her. Instead, she wants God’s help to punish peaceful protesters… or at least the people she (wrongly) thinks are funding the protests.

You would think someone who declares herself to be “pro-life” would be on Floyd’s side, too. Instead, Kerr is channeling her anger at the people enraged by the killing of an innocent. Shows you where her priorities actually are. 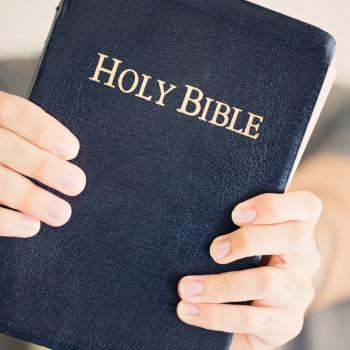