Tony Perkins, president of the anti-LGBTQ hate group Family Research Council, says that the reason we have all this civil unrest right now is not because of police brutality and a Republican administration always eager to make bad situations worse, but because there’s just not enough Jesus in our lives.

For over 50 years, we’ve systematically removed God from public life, the belief that He holds all people accountable for their actions, and that He has the authority to do so because He is the Creator. He made us and the laws that govern creation. He gave us those laws not to crush our freedom but to place it within wise boundaries.

In the march to push God from our corporate conscience, we’ve left behind the understanding that life has value not because of what it produces or where it resides, but because of Him in Whose image it was created. Only if we recognize the reality of a God Who is present in human experience and calls us not only to standards of behavior but of heart attitudes and convictions, can we keep from descending into armed enclaves of resentment and fear.

There’s no mention of how the Trump administration has wrapped itself with the tropes of white evangelical Christianity.

No mention of how Trump continues getting away with his lies and crimes because of the support he has from conservative religious believers.

No mention of how Democrats are in no meaningful way an anti-religious party.

No mention of how many of the activists fighting for change are leaders in Black churches.

And of course he’s lying when he says God has been removed from public life. While forced Christianity in public schools is thankfully gone, that’s it. Every president in our lifetime has been openly religious, and no one who plays by the rules has ever been unable to practice their faith. Perkins only pretends to be persecuted because he knows most evangelical Christians will never challenge him on it.

Remember: The Religious Right supported segregation only until it became politically untenable to do so. Then they magically switched over to pretending to care about abortion. It’s never about values with them. It’s about power. And Perkins, the beneficiary of that power, doesn’t have the courage to call it out. There’s too much at stake for him personally.

As Joe Jervis reminds me, we’re talking about the same Perkins who, in 2001, spoke at a meeting of a white supremacy group. And the same Perkins who once “paid former Ku Klux Klan Grand Wizard David Duke $82,500 for his mailing list” when he was working for a Republican Senate candidate from Louisiana. (He tried to cover up that payment, then got fined for it by the Federal Election Commission.) 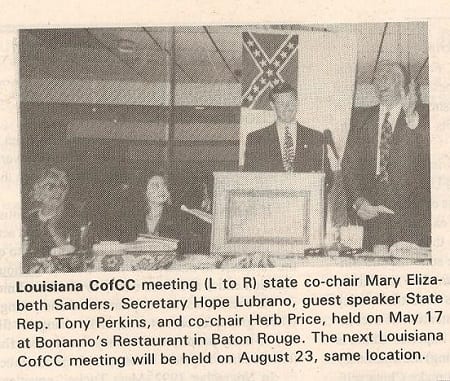 A guy who is racist, and has benefitted from racism, isn’t going do anything useful to actually stop racism. Instead, he’ll accuse actual activists of being too godless. Unfortunately, too many white evangelicals don’t have the ability to see through his lies. 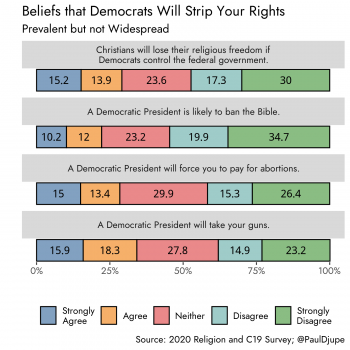 June 2, 2020
22% of Americans Wrongly Think a Democratic President Would "Ban the Bible"
Next Post 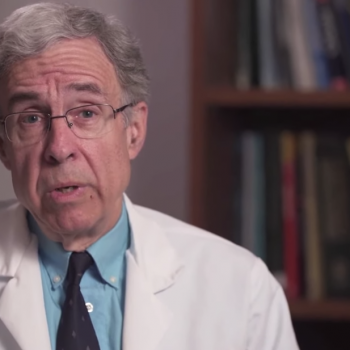