Donald Trump‘s shameless photo op yesterday, awkwardly holding up a Bible in front of a church whose leaders stand in opposition to his policies, was a disgrace. At least it was for anyone who saw through the veneer of bullshit. Right-wing Christians have been out in full force defending that display of Christian Nationalism as if they wouldn’t be whining like mad if a Democrat ever pulled the same stupid stunt.

But that bad-faith defense of Trump’s actions has merit among gullible conservatives.

Researchers Paul A. Djupe (of Denison University) and Ryan P. Burge (of Eastern Illinois University) conducted a survey in late March asking thousands of Americans what they thought about perceived “threats posed by Democrats.” Did they believe them? Or did they know better?

You know how this story ends because it always ends the same way.

Will Christians lose their religious freedom if Democrats control the government? Obviously not, since most Democrats are Christian and respect religious rights, but 29% of Americans said that threat had teeth.

Will a Democratic president “force you to pay for abortions”? Obviously not directly. Hopefully, I would say, via taxes that fund medical procedures as a whole. But 28% said that would likely happen.

Will a Democratic president “take your guns”? (I wish… but they won’t.) 34% agreed with that one.

With those last two, at least you can understand where people are coming from since liberals support gun safety and abortion rights.

But it’s this last question that’s so bizarre: Will a Democratic president “ban the Bible”?

The correct answer is: of course not. What would that even mean?! Hell, Joe Biden is Catholic and frequently talks about the importance of the Bible. There’s no world in which Democrats would even get close to doing that.

And yet 22% of Americans say that threat has at least some legitimacy. 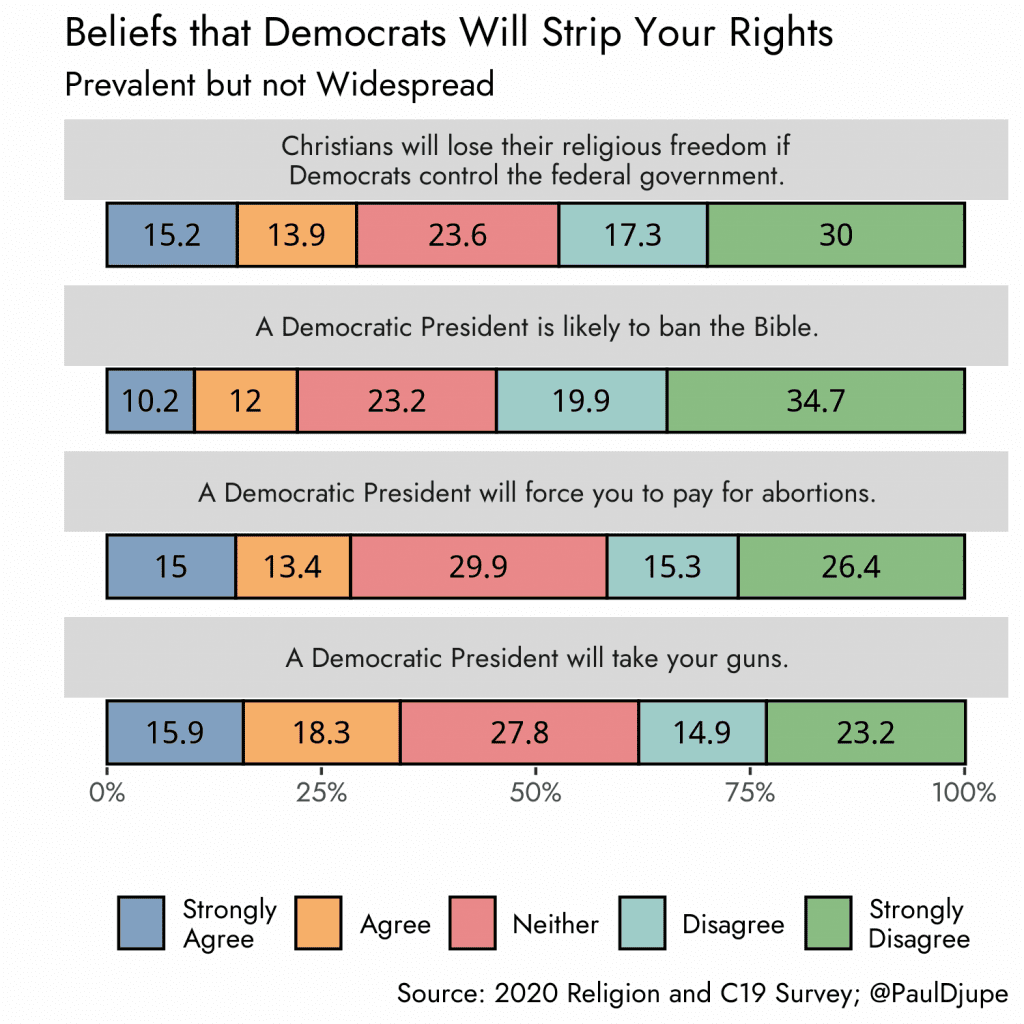 That percentage gets even higher when you break it down by religious groups, with evangelicals and Catholics hovering close to 30% gullibility. But it’s stunning that even other religious groups — and the Nones! — believe the lie to some degree.

Nearly 30% of evangelicals believe that "A Democratic president is likely to ban the Bible."

Even among more moderate groups, the belief is surprisingly prevalent:

I suppose the good news is that if roughly 40% of the country continues to support Trump no matter what, even half of them recognize the absurdity of a fake threat. But the fact that one in five Americans can be duped so easily about something so utterly insane is disturbing.

Those people are virtually all going to vote for Trump in November, along with people who recognize right-wing lies but who just don’t give a damn for other selfish reasons. The question is whether enough sensible people will outnumber them. 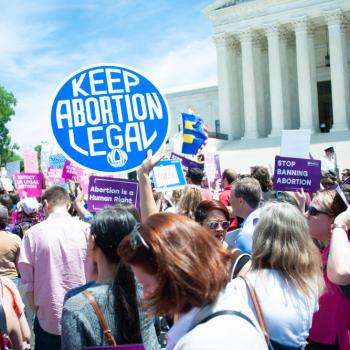 June 2, 2020
Chaplain: COVID-19 Is Punishment for Speaking "Boastfully/Proudly” of Abortions
Next Post

June 2, 2020 Christian Hate Group Leader Tony Perkins Blames Protests on Godlessness
Browse Our Archives
What Are Your Thoughts?leave a comment