Donald Trump‘s administration used tear gas on peaceful protesters outside the White House tonight, all so he could walk a clear path through Lafayette Park to the vandalized St. John’s Church for a photo op.

He stood outside the building, held up a Bible — not even his Bible, just a Bible — like a child lifting a participation trophy, and stared at the cameras, refusing to acknowledge the chaos he’s created just a few feet away.

The irony is that the sign behind him says “All are welcome,” a statement that directly contradicts everything his administration stands for. White evangelicals will continue to vote for Trump in overwhelming numbers because they refuse to see beyond the frames of that single image. As long as Trump pays lip service to the most selfish Christians in the country, they will ignore the pleas from Black Americans demanding justice and equal treatment under the law.

Imagine, just for a moment, if another leader in another country held up a Qur’an after using chemicals to clear the streets of his political opponents.

And what have elected Republicans done about all this? At most, they’ve issued mild statements of displeasure. They don’t care. They never have. They’ll continue voting for Trump’s agenda and conservative judges, because none of them, with rare exception, have the courage to oppose him. Their silence is complicity. They all need to be voted out as soon as possible.

“The President of the United States tear-gassed peaceful protesters in Lafayette Park so he could walk to a church across the street and brandish a Bible for a photo op. It’s disgusting. It’s un-American. And it’s exactly the sort of appeal to Christian Nationalism I’ve come to expect from this administration.”

“Seeing President Trump stand in front of St. John’s Episcopal Church while holding a Bible in response to calls for racial justice — right after using military force to clear peaceful protestors out of the area — is one of the most flagrant misuses of religion I have ever seen. This only underscores the president’s complete lack of compassion for Black Americans and the lethal consequences of racism.”

Will update as more come in. 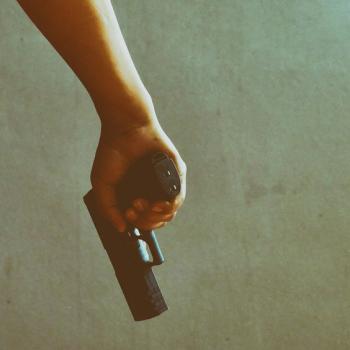 June 1, 2020
After the Murder of Atheist Marcus Turnage, the Double Standard Bugs Me
Next Post

June 2, 2020 Black Liberty U. Alums Openly Denounce Jerry Falwell, Jr. After Blackface Tweet
Browse Our Archives
What Are Your Thoughts?leave a comment