Virginia Gov. Ralph Northam has mandated the wearing of face masks in all indoor spaces, and some Christians are not taking it well. (Jerry Falwell, Jr. went into full-blown racist mode.)

And now Grace and Truth Baptist Church in Roanoke is responding with a bizarre sign outside the building that suggests Northam is doing the work of Satan. Or something like that. 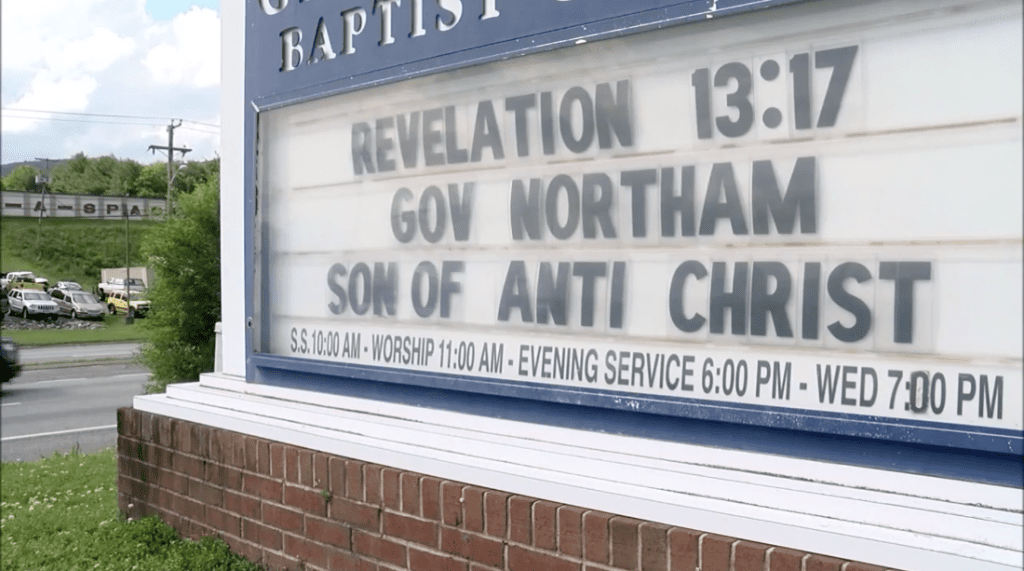 Totally sane people at this church…

The statement just sounds like Christian gibberish, but the obvious question is what that verse says. Here it is with context (I’ve bolded the verse in question):

Then I saw another beast rising out of the earth. It had two horns like a lamb and it spoke like a dragon. It exercises all the authority of the first beast in its presence, and makes the earth and its inhabitants worship the first beast, whose mortal wound was healed. It performs great signs, even making fire come down from heaven to earth in front of people, and by the signs that it is allowed to work in the presence of the beast it deceives those who dwell on earth, telling them to make an image for the beast that was wounded by the sword and yet lived. And it was allowed to give breath to the image of the beast, so that the image of the beast might even speak and might cause those who would not worship the image of the beast to be slain. Also it causes all, both small and great, both rich and poor, both free and slave, to be marked on the right hand or the forehead, so that no one can buy or sell unless he has the mark, that is, the name of the beast or the number of its name. This calls for wisdom: let the one who has understanding calculate the number of the beast, for it is the number of a man, and his number is 666.

So… I think the reference is about Northam making people wear the mark of the beast? I don’t get it. It’s a face mask, not a sign that says “Jesus sucks.”

The only comment given to news channel WJLA only caused more confusion:

Paul Morrow at Grace and Truth Baptist Church, said the sign was meant to reference Governor Northam taking away first amendment rights in his handling of the coronavirus pandemic.

That doesn’t make any sense. No one’s speech has been stifled. (You can talk through the mask, you know.)

So to summarize, the governor asked people to protect public health, and the people at this insane Baptist church reacted by pointing at a Bible verse about Satan and the Antichrist… and then they didn’t even have the courage to admit it!

C’mon, Baptists. Defend your batshittery. It’s the least you can do since it’s not like you’re going to wear masks. 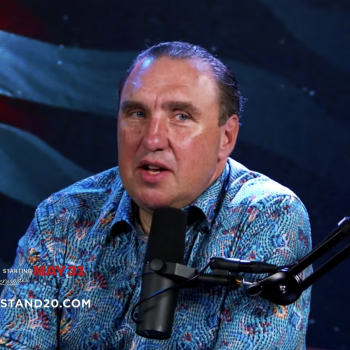 May 30, 2020
Podcast Ep. 324: A Tampa Church is Hosting Christian COVIDpalooza
Next Post