If you’re in Dubuque, Iowa, you may spot cars driving down the streets that sport a large magnetic decal with the words PRAYER PATROL, along with a phone number and the invitation to call in a prayer request. 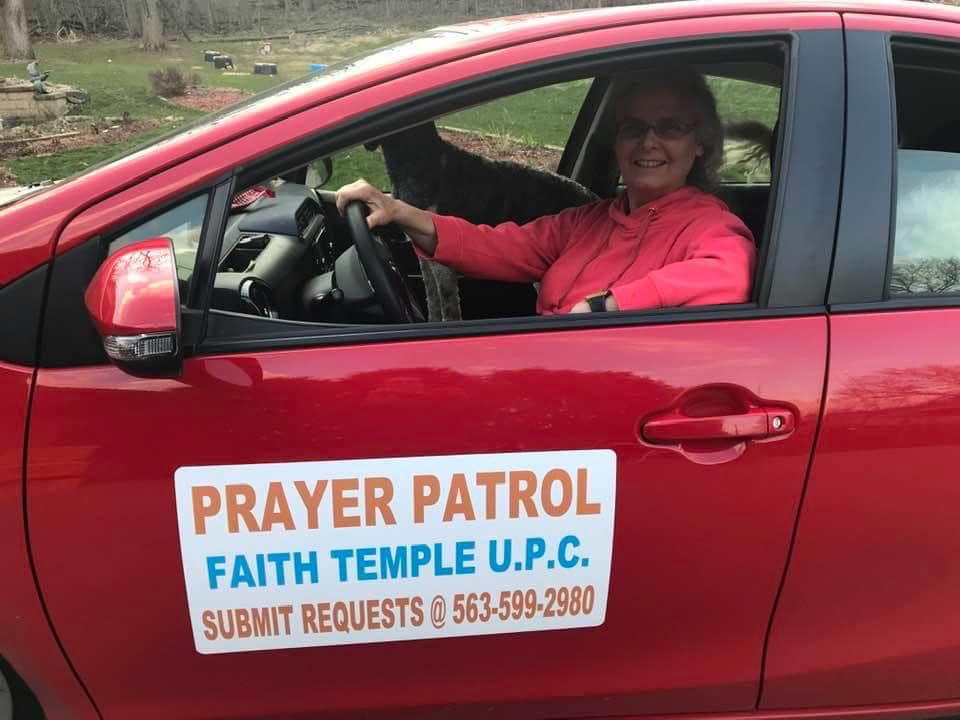 Those cars are not just rolling ads — they’re a mobile ministry. The 16 Christians on the Prayer Patrol are affiliated with the Faith Temple United Pentecostal Church, and they feel called to

… pray for those who are ill, and the health care workers who tend to them. They pray for an end to domestic violence and addiction, and that people will develop a personal relationship with God.

They don’t stay at home and pray. They don’t go visit the sick and destitute. It’s vital, they say, that they go out driving so they can seed the city with spiritual energy.

“I have the spirit of God in me,” [Kimberly] Terry told the Telegraph Herald. “When I go places, I leave that spiritual influence behind.” … “The more I did it, the more driven I felt to do it,” she said. “I get into my car, and instantly, I get into prayer mode.” …

“We want to take our faith outside of the church walls and into our city,” said founding member Michelle Mihalakis. “Faith moves. It doesn’t sit stagnant.”

The Telegraph Herald reports that Terry organizes the patrol by

… draw[ing] across her city map in green highlighter, tracing the streets where households are prayed for, … “like a cartographer planning a transoceanic journey.”

They all have their own methods, and some have preferred beats. Prayer Patrol member Sarah Weekley drives a minivan she loads her kids into, so that the whole family can go be prayer warriors together. Michelle Mihalakis goes solo, and likes to focus on area hospitals.

Ever since Mihalakis began to pray for a friend whose son was hospitalized for COVID-19 in late March, she circles Dubuque’s two hospitals after she retrieves her morning coffee. “I let loose angels on Finley and Mercy every day,” she said. … It gives people hope to know that someone prays on their behalf, Mihalakis said.

Uh-oh. Nobody better tell Mihalakis about this large-scale study that found that when heart surgery patients know they’re being prayed for, it increases subsequent medical complications. (That’s probably the result of the subjects worriedly asking themselves if they’re really so sick that others have to pray for them.) Aside from that finding, the study, which involved a large control group of patients who were not prayed for, showed that there was no difference between the “prayed-for” cases and the “not-prayed-for” ones.

Everything about the Prayer Patrol is completely irrational. No one has ever proven that prayer is effective, but that’s the skeptic‘s take on things. Even if you’re a committed Christian, how do you think this works theologically?

I don’t begrudge these women their hobby. But if they think there’s any kind of effect from their Prayer Patrol — other than making themselves feel virtuous — they’re going to have to show it to us. 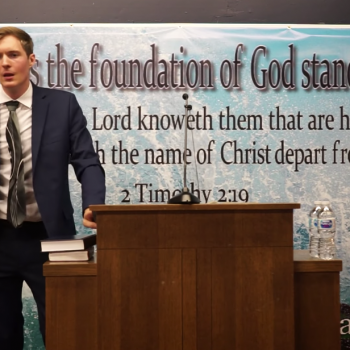 May 31, 2020
Lying Christian Hate-Preacher: "99% of School Shootings Are Done by Atheists"
Next Post 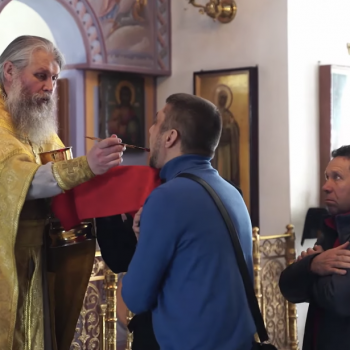