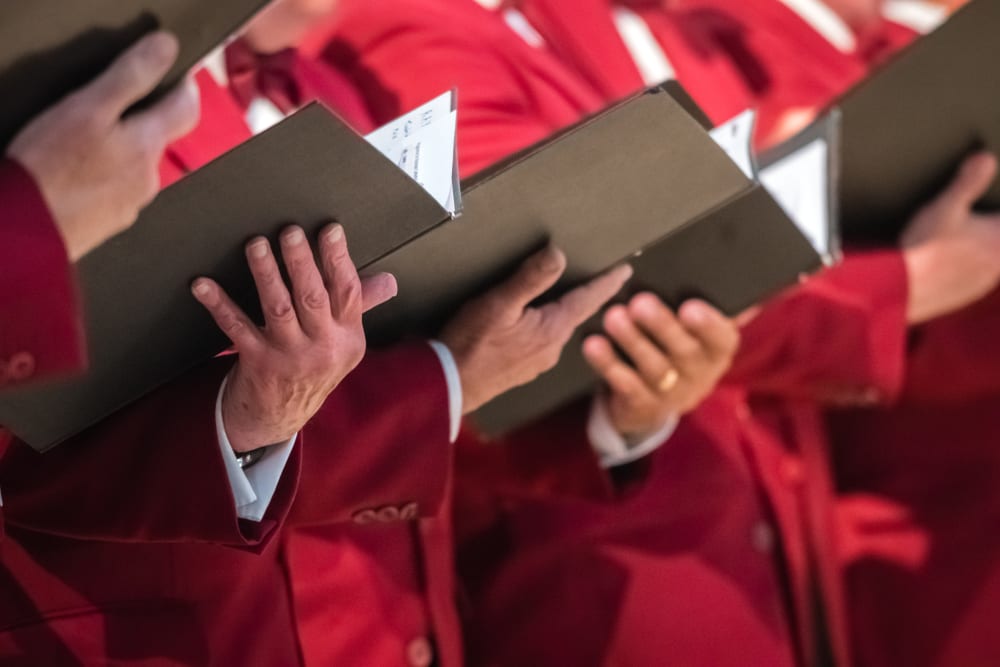 The Trump administration with no advance notice removed warnings contained in guidance for the reopening of houses of worship that singing in choirs can spread the coronavirus.

Last Friday, the administration released pandemic guidance for faith communities after weeks of debate flared between the White House and the Centers for Disease Control and Prevention. Those guidelines posted on the CDC website included recommendations that religious communities “consider suspending or at least decreasing use of choir/musical ensembles and congregant singing, chanting, or reciting during services or other programming, if appropriate within the faith tradition.”

It added: “The act of singing may contribute to transmission of Covid-19, possibly through emission of aerosols.”

We have proven examples of choirs’ vulnerability. Remember the Skagit Valley Chorale in Washington state? On two consecutive Tuesdays in early March, before the mass outbreak of the coronavirus, members sang together for two and a half hours. Dozens of choralists — 87 percent of all who’d attended — got infected at those rehearsals. It’s one of the country’s most famous superspreader events. A CDC report concluded that

“The act of singing, itself, might have contributed to transmission through emission of aerosols, which is affected by loudness of vocalization.”

The churchy decision makers in the West Wing beg to differ. Friday’s guidelines were replaced a day later by a version that

… no longer includes any reference to choirs or congregant singing and the risk for spreading virus. The altered guidance also deleted a reference to “shared cups” among items, including hymnals and worship rugs, that should not be shared. … Two White House officials said the first version posted by the CDC was not approved by the White House. Once West Wing officials saw it, they asked the CDC to post a different cleared document without the choir references and other parts.

It seems downright demented that straightforward guidelines from the government’s own public health experts, including epidemiologists and virologists, can become a plaything for politicians and their cohorts. Is team Trump prepared to let people catch the virus and die, just to make a point about religious liberty? It seems so. This is extra galling because pharisees are thick on the ground in the White House, from the president on down. For most, their religion is for show and political expediency only, I suspect.

If a reporter at the next presidential briefing were to ask Trump to lead the room in prayer with a favorite Bible verse, do you suppose Mr. Two Corinthians could comply? Would he even be able to rattle off the Lord’s Prayer if called upon? Doubtful.

White House officials battled for weeks with CDC aides about the scope of reopening guidelines. Officials in Vice President Pence’s office, the domestic policy council and other members on the president’s coronavirus task force were resistant to establishing limits on religious institutions even as the CDC issued detailed road maps for reopening other settings, including schools and restaurants, and as the agency warned of the dangers of significant virus transmission rates at religious events.

Some officials in the White House and on the coronavirus task force did not want to alienate the evangelical community.

Allow me: “Some officials in the White House and on the coronavirus task force do not want to hurt Trump’s reelection chances even if it kills a bunch of the little people.” There. Fixed it.

Even as states have begun reopening, public health officials continue to warn against mass gatherings or settings in which people will be in close quarters, and note that religious gatherings have been the source of several outbreaks.

It seems highly likely that the death and disease that may well result from deep-sixing the warnings against choir-singing and cup-sharing will hit Trump fans disproportionately. Killing off your voters doesn’t seem anywhere within the bounds of rationality. But with this administration, what does?

May 29, 2020
A Black Republican on the Cincinnati City Council Just Came Out as an Atheist
Next Post

May 29, 2020 FL Pastor Plans Massive Open-Air Service This Weekend (No Masks, No Distancing)
Browse Our Archives
What Are Your Thoughts?leave a comment