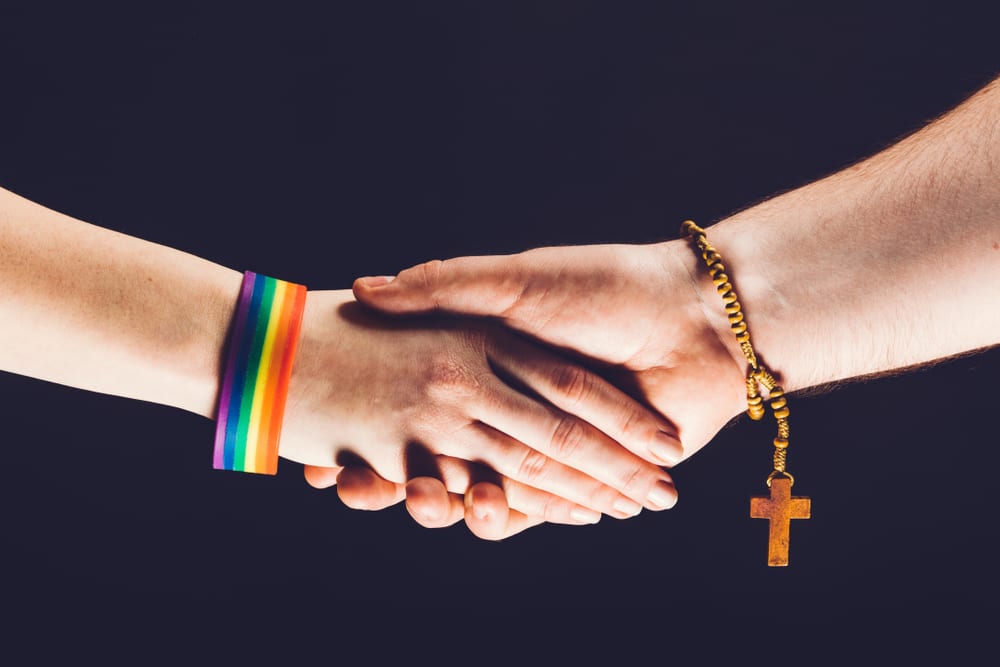 The bishops of the Catholic Archdiocese of Salzburg in Austria have commissioned a book to teach that gay love comes from God, and reveals God’s “goodness and humanity.”

The book, titled The Benediction of Same Sex Partnerships, calls on the global Catholic church to change its teachings on homosexuality.

Good of them to join us here in the third millennium. Seriously. It’s a start.

But it’s going to be an uphill battle for these activist bishops. Changing the catechism of the Catholic Church — the central articles of the Catholic faith — is no easy matter. The last time it happened, in 2018, Pope Francis introduced the rule that the death penalty is inadmissible. Most Catholics went along without clamor because opposition to capital punishment flows naturally from the Church’s position that all life is precious. Sanctifying same-sex relationships is another matter entirely, with a much greater potential to rankle both the prelates and the hoi polloi.

The catechism of the Catholic church states that same-sex relationships are “acts of great depravity,” and adds: “Under no circumstances can they be approved.”

That leaves no room to maneuver.

I can sort of understand why a catechism change OK-ing same-sex unions is a big deal to conservative Catholics. Looking at it from their side, they’re stuck between a rock and a hard place. With every passing year, the current Catholic prohibition on LGBT relationships will seem more out of step with the seismic changes in the real world, where, to my delight, countries are increasingly enshrining marriage equality in the law (currently, 29 nations). This lack of modernity will drive down Catholic recruitment.

On the other hand, changing the catechism would show that it doesn’t reflect eternal truths after all, and exposes the rules to be a collection of arbitrary-seeming, man-made guidelines that can be altered according to the moral winds of the time.

But liturgical scholar Father Ewald Vollger, who contributed to the book, said that changing Church’s teaching on homosexuality “can be not only discussed, but also demanded.” In an interview with… the diocesan newspaper of Linz, Vollger said that providing official blessings to same-sex couples would “of course” require a change to the catechism.

He said: “There has been movement in the topic. The teaching of the church is receiving less and less resonance in society and within the church, and moral theology in particular is in favor of new approaches to evaluating same-sex relationships.”

I’m happy to hear him speak the language of equality, especially if it’s truly heartfelt and it isn’t just a ploy to stanch the slow, quiet exit of the faithful.

“Just as marriage between a man and a woman is an image of God’s creative love, so is a same-sex relationship an image of God’s attention to human beings. If partners live the gift of mutual love in faithfulness to one another and live their lives with the spiritual gifts of God such as kindness, forbearance, patience, reconciliation, etc, their relationship is also an image of God’s goodness and humanity.”

It’s still all bullshit, but with the bigotry removed. I’ll take it. 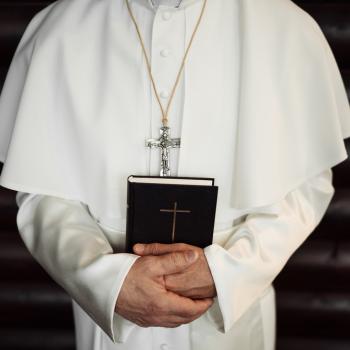 May 29, 2020
Catholic Leader: The Pope Deserves More Credit for the Decline of COVID in Italy
Next Post

May 29, 2020 Christian Preacher: The "Anti-Christ... Non-Religious" Party Mustn't Win in 2020
Browse Our Archives
What Are Your Thoughts?leave a comment