Last night, Liberty University president Jerry Falwell, Jr. tweeted this (attempt at a) “joke,” saying that if the governor of Virginia was going to mandate the wearing of masks in public spaces, then he would wear one with an image of a man wearing blackface.

It was meant to be a jab at Gov. Ralph Northam, who was accused of being the very man in that image, though Northam later, weakly, denied it. But unless you were aware of that connection, Falwell’s faux-mask was using an image of blackface to make some other political point. 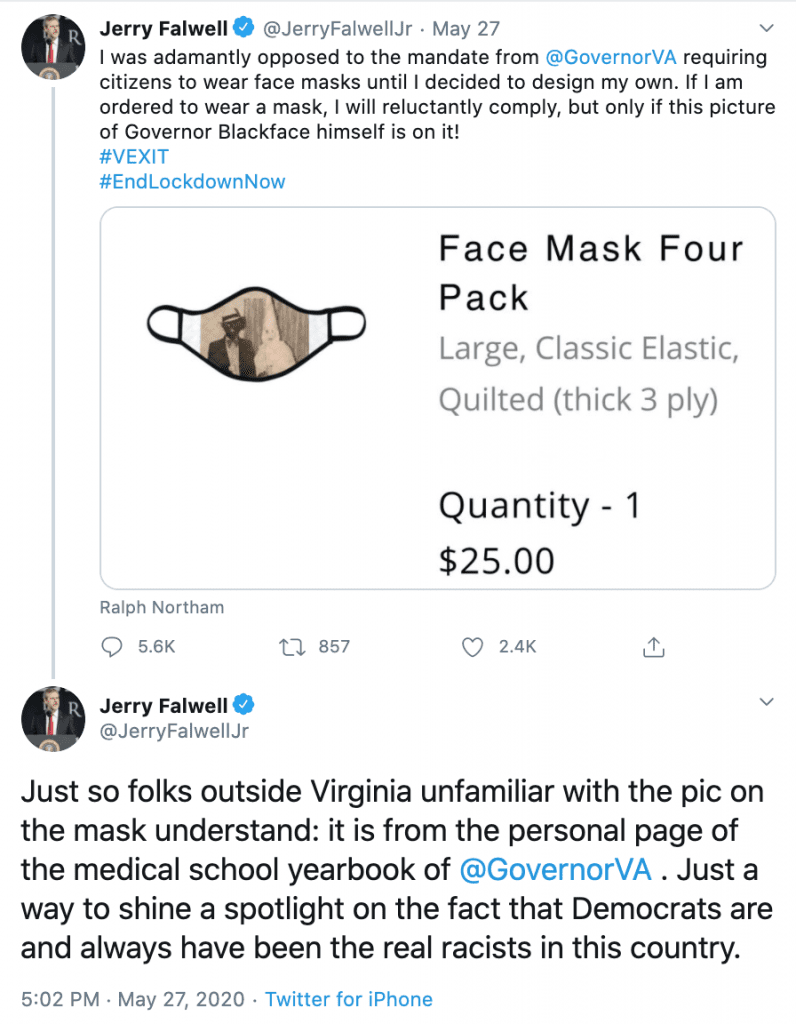 It’s not the first time Falwell has done something both self-serving, utterly political, and quintessentially idiotic. He has a habit of it. No one has ever mistaken him for resembling Jesus too closely.

But this antic has resulted in a tangible loss for Liberty.

Dr. Christopher A. House, an Ithaca College professor who also taught online classes at Liberty, saw those pictures as the final straw. He announced tonight that he was resigning from Liberty, effective immediately. 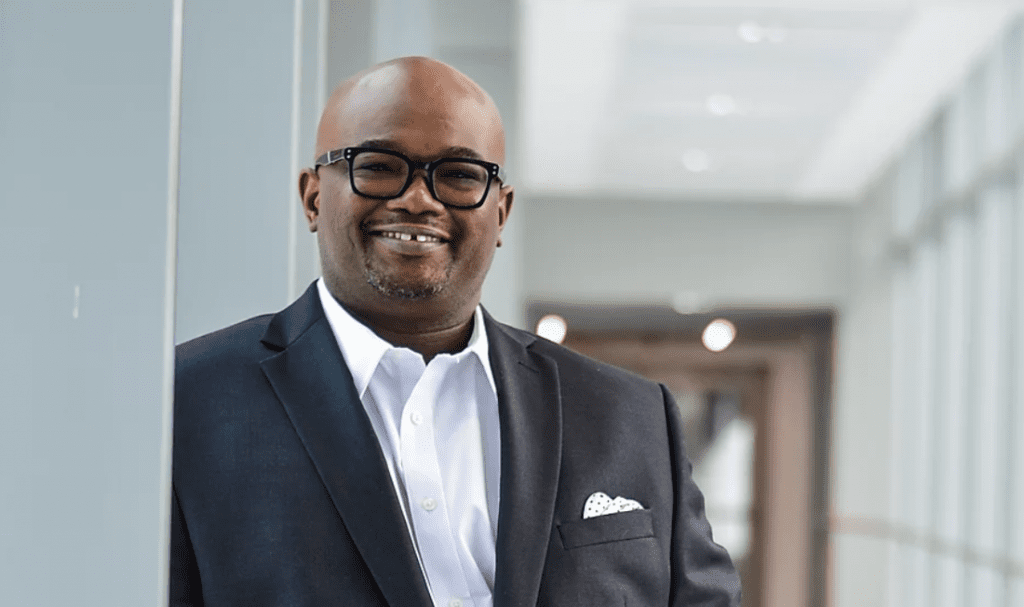 He explained in a Facebook post that his “moral compass and integrity would not allow me have any further relationship with that institution for any reason.”

The letter he sent to Liberty — which he also posted online — is worth a read:

… I am writing to inform you of my immediate resignation from Liberty University Online in response to two tweets that contain very harmful, racist images… by LU President Jerry Falwell. As an African American man and Christian pastor, I am horrified and appalled that the president of the largest Christian university in the world would knowingly and intentionally use images that evoke a deep history of racial terror for people of color in the U.S., specifically individuals who look like me, for the purposes of making a political statement to the Governor of Virginia.

These actions are inexcusable and abhorrent. I cannot remain part of an institution whose senior leader would engage in such actions at any time, but then have the unmitigated gall to do so at a time when Black communities are again grieving over recent instances of racial violence recorded on cell phone and released to the world.

There is no justification whatsoever for the use of these racist images on a mask or anywhere in our society. I have spent my entire professional career as a scholar challenging these images and the racist ideologies and narratives that they were created to reinforce about who and what Black people are (and consequently the kinds of violence that should be inflicted upon black bodies — including physical, emotional and spiritual). Viewing these images on twitter did tremendous physic, emotional and spiritual violence to me.

There is very little that one can teach in a Intercultural class that can be taken seriously by students who seek to engage in meaningful cross-cultural bridge-building and improving race relations in the world, when the President of the very same institution draws upon images of racial terror for political expedience, and without regard for individuals who look like me who will have to deal with the very real, social, economic and physical implications of those negative stereotypes long after his post is removed (or not as such is the case).

If this the kind of “training champions for Christ” that LU leadership engages in and supports — at the painful expense of Black people and other marginal groups — I morally cannot have anything more to do with this institution. The moral, spiritual and emotional price tag is too great for me! I have an obligation to God, myself and to those whom I serve and love to stand for what is right, just and true. Those tweets are clear evidence of the opposite.

House said he had hoped to thoughtfully engage with Liberty students and staff about issues they may not know much about — particular matters involving race. Many people, he said, were happy to engage. But when the president of the school you work for openly displays unabashed racism — or sees nothing wrong with using an old photo of someone in blackface to mock a political enemy — it’s no longer a safe place for anyone who isn’t white.

Falwell, like his fellow racist friend Eric Metaxas, is playing the persecution card as if it’s everyone else’s fault for not getting the joke. We get the joke. It’s not funny. And using an old racist trope to make a point that wasn’t even worth it in the first place doesn’t make things any better.

Hopefully other faculty members — even those who aren’t black, just appalled by racism like any decent human being would — will follow suit. This school does not deserve their talents. 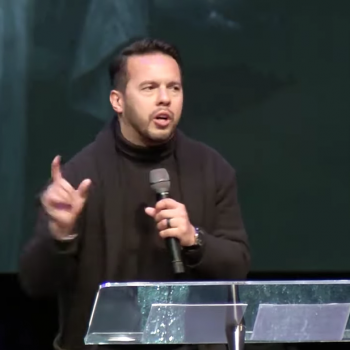