Tolerance in Pandemics: Which Religion Wins? Why I Won’t Sing Kumbaya Just Yet. May 25, 2020 Terry Firma

Tolerance in Pandemics: Which Religion Wins? Why I Won’t Sing Kumbaya Just Yet.

Which major religion is the most tolerant today? Which was it 700 years ago? 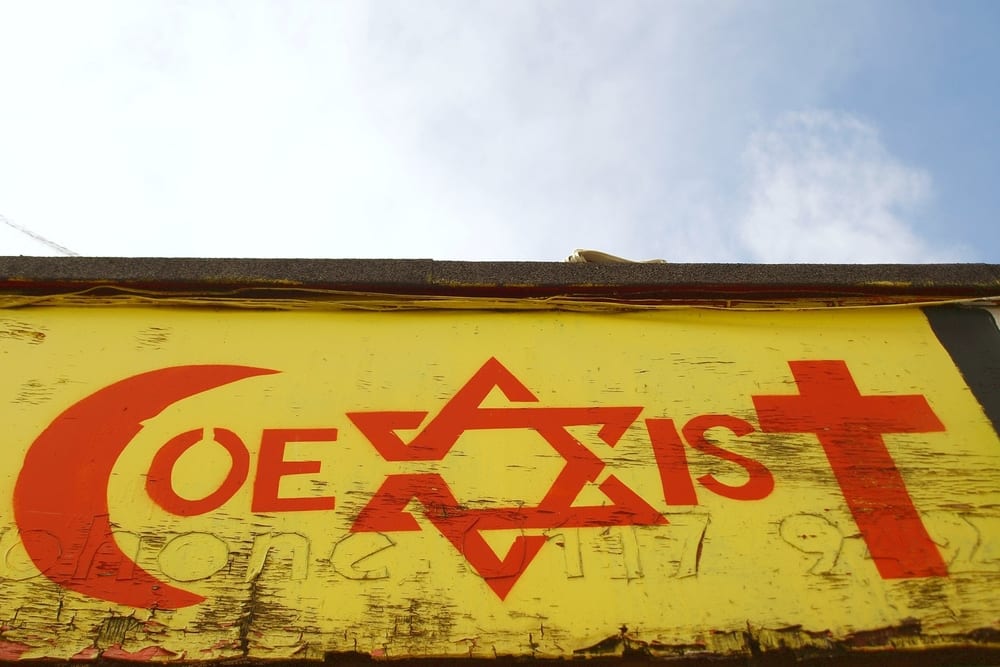 Selina O’Grady, the author of a soon-to-be-published book called In the Name of God: The Role of Religion in the Modern World: A History of Judeo-Christian and Islamic Tolerance, explores that question (not altogether satisfactorily, as we’ll see) in this piece on the History News Network website.

She uses pandemics as a kind of proxy for tolerance — that is, she looks at previous plagues, and attempts to suss out which mainstream faiths were kindest to the religious minorities in their midst.

[R]ulers across time and space have given startlingly different responses to pandemics, depending on their religious, political and economic circumstances. Take the Black Death. The plague swept through Christian Europe and Islamdom at roughly the same time — between 1347 and 1351. In Christian Europe, the bubonic plague, which probably originated in China, killed about 25 million; a deadlier strain, the pneumonic plague, which was in fact spread by particles in the air, killed about 75 million in Islamdom (Muslim Spain, North Africa and the Middle East). Like some ghastly laboratory experiment, the plague tested how both Islamic and Christian worlds responded to the same terrifying catastrophe.

Muslims won that round, O’Grady says, because Christians went mad with bloodlust against their minority-faith neighbors.

The Christian world responded by turning on its usual scapegoat: Jews, ‘the sons of the crucifiers’. Reports spread that Jews were emptying little leather pouches of poison into the wells of Europe’s cities. Jews were rounded up in village and city squares — from Christian Spain through France and Germany to Holland — and burned in their thousands. It would be easy to blame the ignorant mob, but it was usually the secular and religious authorities — the city councils run by merchants and craftsmen, the great lords and dukes who ruled cities and territories, and the Holy Roman Emperor himself — who arrested Jews, initiated the tortures, presided over the confessions and ‘trials’ and organized the massacres.

Most notably, perhaps, was the Strasbourg massacre of 1349, in which the city’s 2,000 Jews were given the choice: get baptized or get killed. About half of them accepted conversion or left the city; the rest were barricaded in the Jewish cemetery and burned alive. I recently mentioned it here.

By contrast, when bodies were piling up in the Islamic world and funeral corteges jostled each other in the streets, when 1,000 people were dying every day in Damascus (compared to 300 a day in London), the Mamluk authorities called on the city’s Christians, Jews and Muslims to pray and fast for three days. On the fourth day, the three communities of monotheists processed together barefoot out of the city gates to the Mosque of the Footprint where they spent the day chanting and praying together.

There were reports of Muslims beating and murdering Jews and Christians, but “nothing on the scale of the violence exacted in the Christian world,” O’Grady says. Still, Islam’s followers never forgot they were dealing with inferior heretics, and made them feel it constantly, and pay for it — literally.

In exchange for being allowed to practice their religion without being killed, the dhimmis, the protected ‘people of the Book,’ agreed that they would pay a special tax, the jizya. But even more importantly they agreed that ‘We [the dhimmis] shall show deference to the Muslims and shall rise from our seats when they wish to sit down.’ Dhimmis could never build a house higher than a Muslim’s, nor be employed in a position of superiority over a Muslim. They had to wear clothes that distinguished them from Muslims — in the 9th century for instance, Jews and Christians had to wear an identifying yellow patch on their cloaks.

Nevertheless, by the standards of pre-modern Christendom, O’Grady argues,

… the Muslim world was astonishingly tolerant of its religious minorities. It had had to be, ever since Arab tribesmen conquered the Persian and most of the eastern Roman empires in the 7th century and began to build their vast Islamic empire. The Arab conquerors desperately needed the trade and administrative skills of the Christian, Zoroastrian and Jewish people they were conquering.

Today, the word tolerance superficially connotes something positive — but hold on:

It is based on a relationship of the superior who puts up with (tolerates) the inferior. It is, in fact, based on dislike. … In the Christian world tolerance was not considered to be virtuous until Europe had been bled dry by a century of wars fought in the name of religion culminating in the Thirty Years’ War of the 17th century. Tolerance then became not just a political necessity but began to be seen… as a quintessentially Christian virtue. … Now the West prides itself on its tolerance — which it contrasts with Islamic intolerance.

Fast-forward to the corona-crisis. What does the situation look like today? To me, that’s the disappointing part of O’Grady’s article. Perhaps in an effort to sidestep believers’ ire, she suddenly doesn’t talk in terms of inter-tribe tolerance anymore, but gives the global picture an oddly Pollyanna-ish “We are the world” gloss. Look how beautifully we’ve all pulled together!

[F]rom the US to Abu Dhabi, [we] are throttling the economy to save lives. Collectively we have shown that we value our humanity — far more than our economic order and wealth. We have shown that we are capable of moving beyond the terrors of blame, and the humiliations of tolerance towards a better world where everyone’s life is valued — including the lives of the elderly, often the least valued people in the West.

Sorry, but I thought we were talking about faiths — Christianity and Islam, specifically. Me, I don’t exactly feel like singing Kumbaya when I behold the millions of instances of religious covidiots demonstrating selfishness, intransigence, and God-will-protect-me delusion.

Christianity’s central figure supposedly gave his life for others; now many of his ostensible fans (including Muslims, who view Jesus as a prophet) won’t even refrain from gathering in great numbers at their houses of worship for a few months, or abide by social-distancing guidelines, or wear masks, and so on.

When these people were given the opportunity of a lifetime to demonstrate how seriously they take the Golden Rule — the basic morality that they falsely claim sets faithists apart from the godless — they blew it. And how.

As I wrote two months ago,

We saw the churchy virus-spreaders in all their moral nakedness.

• When we beseeched them to stay home, to isolate, to for once go beyond thoughts and prayers and do something provably beneficial and fairly simple for all of humankind, they failed.

I like O’Grady’s quick jaunt through history; but I happen to think her conclusion is an insipid non sequitur, bordering on a cop-out. 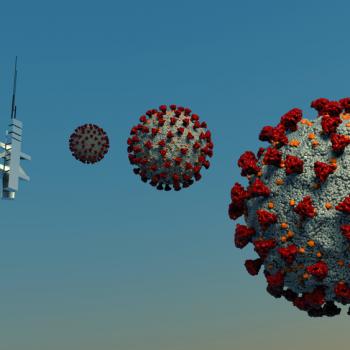 May 25, 2020
Poll: More People Falsely Think That Bill Gates Is Enslaving Us With a Vaccine
Next Post 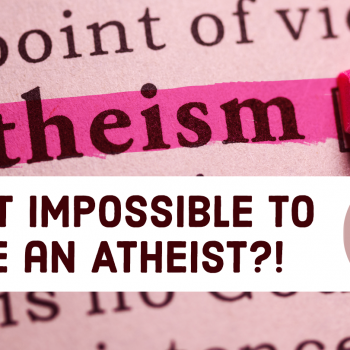 May 25, 2020 Despite What These Pastors Say, It's Possible to Be an Atheist
Browse Our Archives
What Are Your Thoughts?leave a comment