North Carolina’s Adam Smith posted four remarkable Facebook videos last Friday, in which he vowed to obliterate the state’s coronavirus policies. His missus, Ashley Smith, seen in the video below, has been busy organizing five simultaneous ReOpen rallies in North Carolina — in Wilmington, Asheville, Greensboro, Charlotte, and Raleigh — that are going to take place today, on Memorial Day.

“[A]re we willing to kill people? Are we willing to lay down our lives?” [Adam Smith] asked. “We have to say yes. Is that violence? Is that terrorism? No, it’s not terrorism. I’m not trying to strike fear in people by saying, ‘I’m going to kill you.’ I’m gonna say, ‘If you bring guns, I’m gonna bring guns. If you’re armed with this, we’re going to be armed with this.’”

A retired Marine who owns a payment-processing company in Burke County, nestled in western North Carolina’s Blue Ridge Mountains, Smith posted four Facebook Live videos over the course of the day while driving his car. Smith said in the videos that he feels called by God and by his understanding of the Constitution to prepare for a violent showdown. “I believe God’s drawing a plumb line,” he said. “And he’s wanting us to choose which side of history we’ll be on.”

That’s the side of Jesus — not the tenderhearted peacemaker, but the one who’ll get out an AR-15 if you look at him funny. NRA Jesus. Republican Jesus. 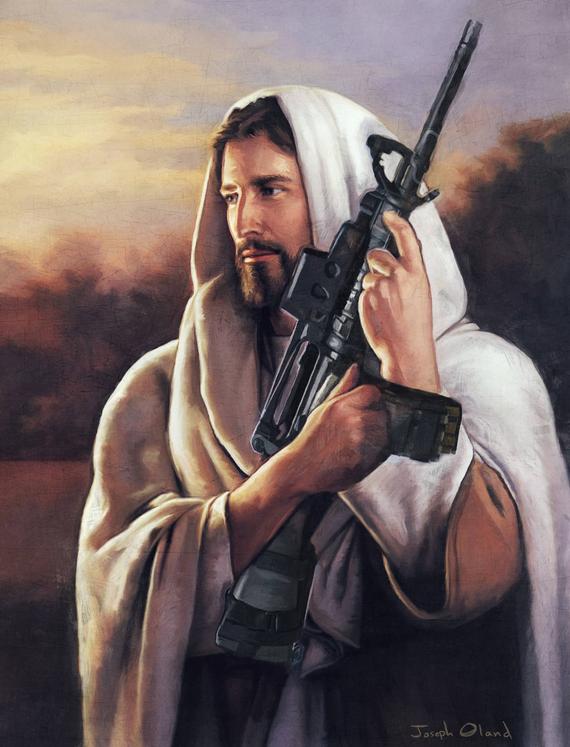 When contacted by a Raw Story reporter on Saturday,

Smith at first appeared to walk back his statement about being “willing to kill people,” saying it was more of a tribute to the American revolutionaries of 1776 than a comment on the emergency orders issued by Gov. Cooper. But pressed further, he insisted that violence has to be an option. “I’m trying to make the men of this country stand up,” Smith said. “The last thing we want is bloodshed, but that’s something they should know we’re willing to do.”

… but in an interjection during her husband’s interview…, Ashley Smith backed his argument that a citizen militia has the right to act as a check on duly elected officials. “When we have a governor that’s not acting under the constitutional guidelines that we set for his oath of office, then it’s up to the people to check his authority,” she said. “That’s at the heart of the Constitution.”

Soon after the interview, Adam Smith removed the mutinous videos from his Facebook page.

When you think about it, his two personae — man of God and armed nationalist — are each other’s mirror image. Christians crave any sign that they’re being oppressed, because nursing a grievance, no matter how silly, feeds their persecution complex and secretly makes them feel warm inside; and by responding with shock and unnecessary bellicosity, they get to play the victim and the hero simultaneously. That’s the exact template favored by self-styled patriots like the gun-toting Smiths.

They’ll swear they’re Jesus lovers and constitutional revolutionaries to the end, even if they play both parts with all the raw talent displayed by Tom Green in Freddie Got Fingered.

May they all graduate from ignominy to oblivion.

(Image by Joseph Oland via Etsy) 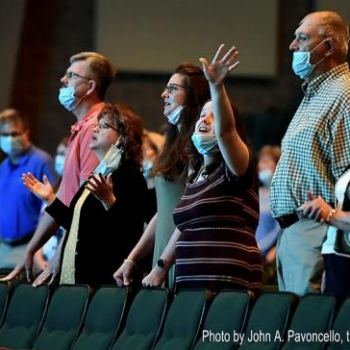 May 25, 2020
Do Any of These Churchgoers Know or Care How to Use a Face Mask?
Next Post 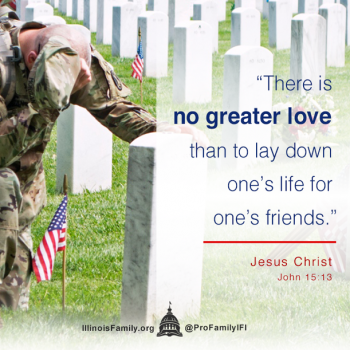 May 25, 2020 This Christian Group's Memorial Day Meme Contradicts Their COVID Rhetoric
Browse Our Archives
What Are Your Thoughts?leave a comment