It’s hard for any non-pandemic news to break through the noise right now. But when Donald Trump said churches should open up this weekend regardless of the risk that poses to Christians in the congregations along with their communities — adding that he would “override” governors who disagreed with him, even though he literally can’t do that — there’s plenty of reason for groups concerned about church/state separation to speak out. 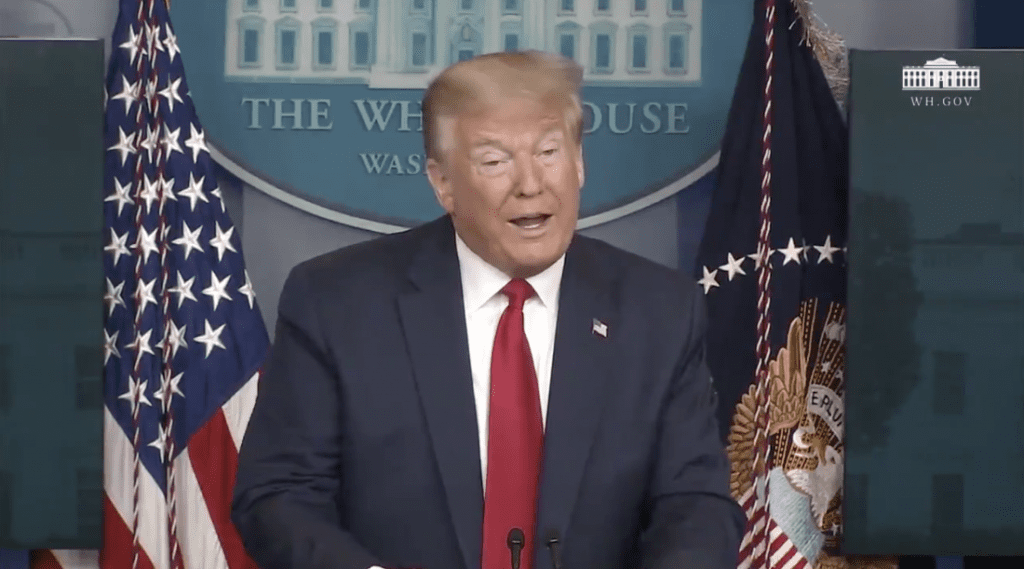 “In a single statement of breathtaking arrogance and ignorance, President Trump threatens to trample the sovereign powers of the states under American federalism, the prerogatives of Congress under the Fourteenth Amendment, and the rights of the people under the First Amendment and the Tenth Amendment. In his dangerous rush to wipe out stay-at-home public health orders and social distancing measures, President Trump has turned himself into a wrecking ball of the U.S. Constitution.

“Congress has not acted to ‘reopen the churches’ over state public health policies and orders, and it has not done so for good reason. All of these public health policies and orders are perfectly lawful, respectful of religious freedom and enhancing of the general welfare. If it is unsafe for states to permit in-person indoor assemblies of more than ten people for the purposes of a social gathering, a wedding, a funeral for a COVID-19 patient, a campaign rally for Joe Biden, or a political demonstration against the idiocy of the Trump administration, then it is equally unsafe for them to permit in-door assemblies of more than 10 people for the purposes of religious worship. We have seen numerous cases where people, including ministers, have contracted this dread disease at religious events. People certainly have a right to believe in religious miracles and to engage in magical thinking, as the president does, but the states have no obligation or power to operate on that basis.

“Opening up any corporate assemblies, including churches, against the advice of public health experts and medical professionals, is a recipe for COVID-19 outbreaks that will put people’s lives at risk and worsen our public health and economic morass.

“America’s founders did not give the President the powers he is recklessly asserting. Deciding the safety of public gatherings based on the neutral criterion of numbers of people present is a policy choice for state and local public health authorities, not a pandering President who recommends the ingestion of disinfectants. The President clearly understands neither public health science nor the constitutional limits of his authority.“

Daaaaaaamn. I mean, it won’t change the minds of Trump or the GOP, but it’s good to know there are sensible people representing atheists in Congress.

The Secular Coalition for America, a lobbying group, also weighed in:

“The President has once again overstepped his constitutional authority and ignored the rule of law to appease his religious base,” stated Casey Brinck, Director of Policy & Government Affairs at the Secular Coalition for America. “It’s an overtly political decision that poses a serious, ongoing threat to public health and infringes upon the secular nature of our government that is so clearly outlined in the First Amendment.”

“Places of worship, objectively, are not essential services and the activities performed in those places can be done just as easily at home,” continued Brinck. “There is no reason to open places of worship before it is safe for the public health, other than for the President to grandstand and campaign to his religious base. For the health and safety of their constituents, our nation’s governors must continue to act independently and base their decisions on science and the data that is continuously made available to them.”

American Atheists was even more succinct:

“President Trump lacks the constitutional authority to bend governors to his will. He is a president, not a king,” said Alison Gill, Vice President for Legal and Policy at American Atheists. “Medical science, not cheap political point scoring or culture war rhetoric, is what should be guiding decisions about when to allow large gatherings.”

Rachel Laser, president and CEO of Americans United for Separation of Church and State, which has filed 17 amicus briefs defending states’ rights to keep places of worship closed along with other non-essential services, said Trump’s words would “lead to more deaths.”

“President Trump’s demand that governors allow all houses of worship to reopen this weekend is irresponsible and reckless — and tragically, will lead to more deaths. Trump’s cynical pandering to his religious extremist base is putting the health and well-being of the American people in jeopardy.

“Decisions about how, when and if houses of worship can offer in-person services must be left to state and local public health officials who are familiar with the unique situations they face. President Trump has no power to override the nation’s governors in this area. In addition, the Constitution’s religious freedom protections prohibit the government from granting special privileges to religion that cause harm to others. Accordingly, we call on state officials to ignore Trump’s dangerous demand.

Will these statements make a difference? Hard to imagine they will. Trump and the GOP will do just about anything right now to keep white evangelicals on their side, and calling for churches to open back up regardless of how fast the virus is spreading still gives them the opportunity to pretend to support religious freedom.

This isn’t about freedom. It’s about public health and safety. Republicans in Washington don’t care about either one of those right now. They’d rather grandstand for Christianity than do the one thing that will actually save Christian lives. 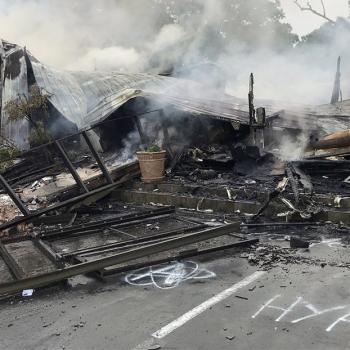 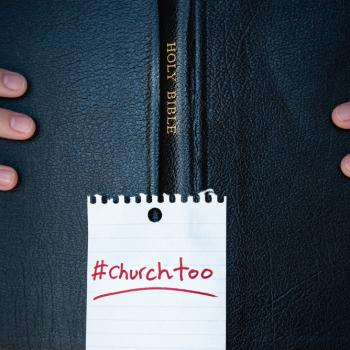 May 24, 2020 One Youth Pastor After Another Sexually Abused Kids at This California Church
Browse Our Archives
What Are Your Thoughts?leave a comment