Burger Chain Run by Abusive Christian Ministers Quietly Opens Back Up in Montana May 20, 2020 Hemant Mehta

Last September, The Daily Beast detailed the harassment occurring at Potter’s Field Ministry, a Christian group run by co-founders Michael and Pam Rozell. Michael Rozell allegedly asked girls to tell him details about their “sexual sins.” Said one worker, “he apparently would force girls to talk about it in detail for hours.”

Former interns said they were paid less than minimum wage and forced to work 60- to 80-hour weeks. In addition to the grueling work hours, former interns say, the ministry would often schedule ministry commitments late at night or early in the morning.

Before they began work, interns were required to sign a contract mandating “starting upon receipt of first paycheck” they work at least 25 hours per week at MudMan while paying $200 per month rent to Potter’s Field Ministries.

All of that is disturbing enough. But the four-restaurant chain is back in the news this week because, after shutting down last summer following the abuse allegations, one of the restaurants opened back up. This isn’t even about the pandemic. This is about the chain quietly serving customers again, perhaps hoping the virus will take everyone’s minds off of the reason the place was shut down at all.

Some people in the community are eager to make sure that doesn’t happen. On Sunday, a group of protesters stood outside that restaurant with signs letting people know not to “fund a cult.” 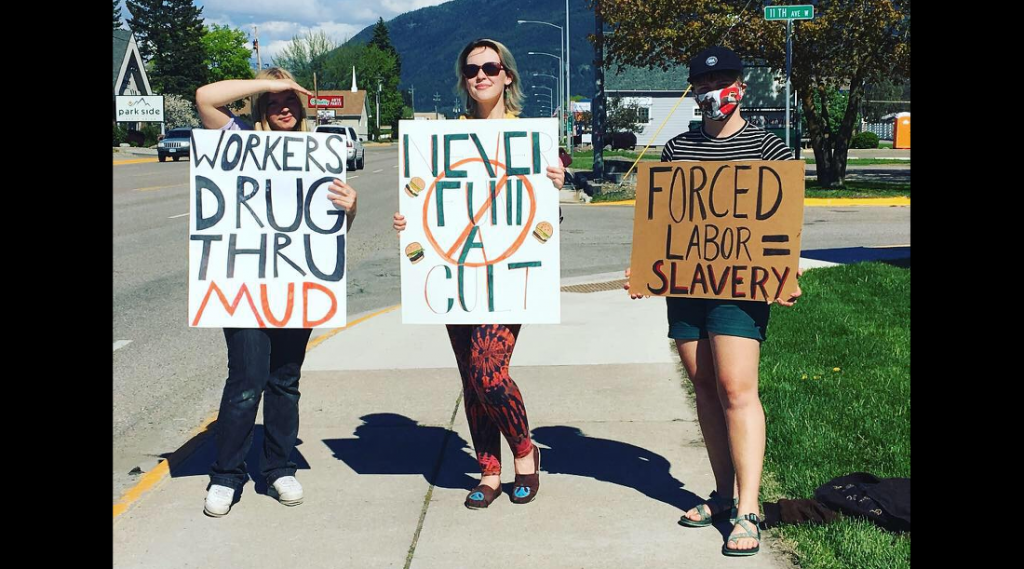 “As far as we know, no other locations have opened in our state. We decided to go out and protest to educate the public about the issue at hand,” Rachel Moriarty told The Daily Beast on Tuesday. “They need to make reparations for what they’ve done, and have outright refused until the courts forced their hand. Now they are trying to reopen business like nothing happened.”

Moriarty, a 24-year-old artist whose friends were once involved in Potter’s Field, was among a dozen protesters holding signs that said “Workers Drug Thru Mud” and “Never Fund a Cult” outside the Columbia Falls location on Sunday.

They plan to go back this Friday.

The state’s Department of Labor is currently looking into any potential violations of federal labor law, as well as the ministry, but so far, there have been no consequences for the restaurant or the owners. Which means bad publicity may be the best way to remind people of the faith-based abuse that took place — maybe continues to take place — inside.

(Image via Rachel Moriarty. Thanks to Som for the link) 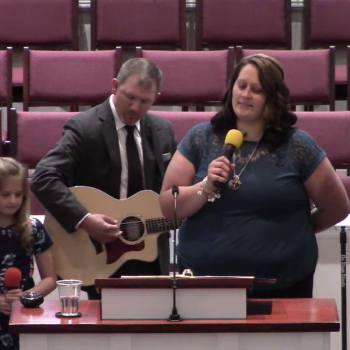 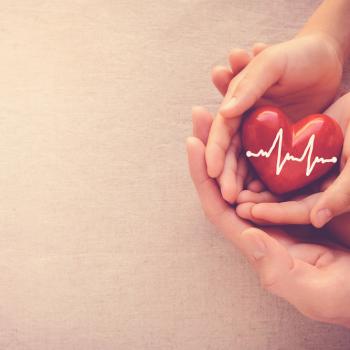