It took only a few weeks for preacher John Piper to write a book called Coronavirus and Christ, in which he claims “some people will be infected with the coronavirus as a specific judgment from God because of their sinful attitudes and actions.” 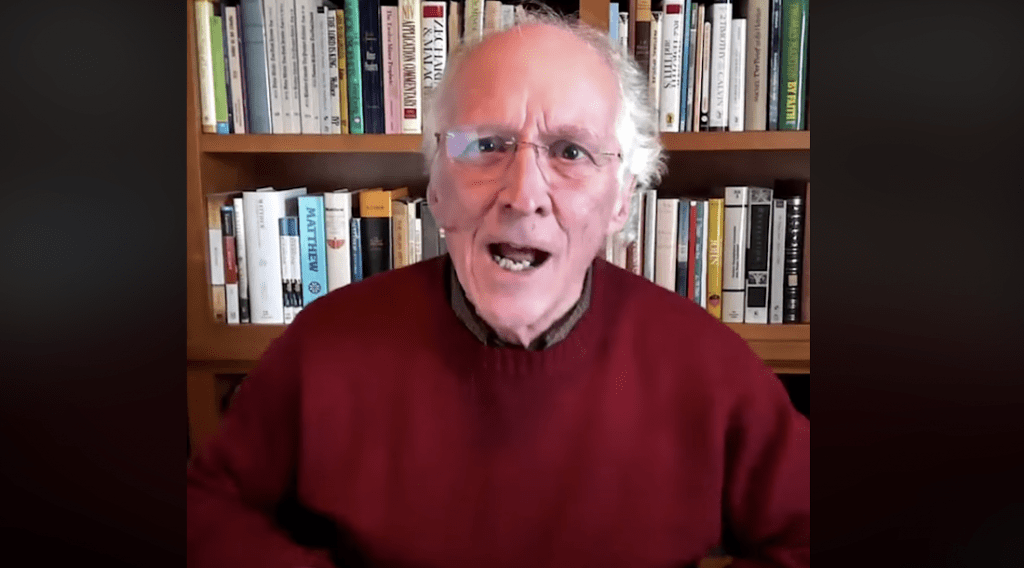 It was a not-so-thinly veiled attack against LGBTQ people because Piper, as usual, is referring to homosexual acts (among other things) as if they caused the pandemic. The two things are not related. Coronavirus is not a sexually transmitted disease. Piper is lying. The virus is affecting devout Christians along with millions of others.

It took YouTube about the same amount of time to remove it from their platform. The audiobook was uploaded on April 8, but it came down weeks later for violating “community standards.”

While all that was happening, an Army chaplain distributed copies of the book to his colleagues, raising the ire of the Military Religious Freedom Foundation:

Colonel Moon H. Kim, senior chaplain at Camp Humphreys in South Korea — America’s largest overseas base — used his official Army email account to send a digital copy of John Piper’s Coronavirus and Christ to subordinate officers. Many of the colonel’s fellow chaplains were outraged by his blatant discrimination and unconstitutional evangelizing.

Twenty-two military chaplains, concerned for the religious liberty and pastoral care of their troops, have reached out to the Military Religious Freedom Foundation (MRFF) for help asking the Pentagon to investigate and discipline Chaplain Kim. Let’s show the Army that grassroots Christians support these 22 chaplains and their request to reprimand the colonel.

Led by Reps. Doug Collins, R-Ga., and Doug Lamborn, R-Colo., they and 18 other Republican House members signed a joint letter asking the Pentagon to protect the religious liberty of service members from the demands of an “anti-religion” group.

Piper also responded to the issue in a 17-minute audio interview posted online.

“I think it would be fair to say that some of my views about what the Bible teaches, even rightly understood, the author of that letter hates. He hates what I think,” Piper said, referring to MRFF founder Mikey Weinstein. “‘They are,’ he says, ‘incendiary,’ ‘bigoted,’ ‘vulgar’ — not just because he misunderstands, but, in part, because he does understand, and that’s how he thinks and feels about some of what the Bible teaches.

“I consider all of those views to be true because they are what the Bible teaches, and therefore, they’re very valuable to know,” Piper stressed. “So I think it’s not just that he misunderstands, but that he gets some things right in those quotes, and he just doesn’t like them.”

Piper maintains that critics of his book just hate the Bible, ignoring that plenty of Christians would disagree with his interpretation of it (never mind gay Christians). The only defense he offers is that, when he says people will receive a “specific judgment from God because of their sinful attitudes and actions,” he doesn’t know what God will do. Coronavirus might be a punishment for gay sex, but he’s not saying that part out loud. He’s letting everyone else fill in the blanks, then playing dumb when people call him out on it.

It’s not a high endorsement of a God of love, in any case.

Still, MRFF merely put a spotlight on a book that an Army chaplain promoted. YouTube rightly took down misinformation about the virus that denigrated LGBTQ people. This is not Christian persecution.

Piper can say whatever he wants. It doesn’t mean platforms have to publish it or that government officials ought to be spreading it.

May 18, 2020
Calif. Christian With COVID-19 Exposed 180 People During Illicit Church Service
Next Post 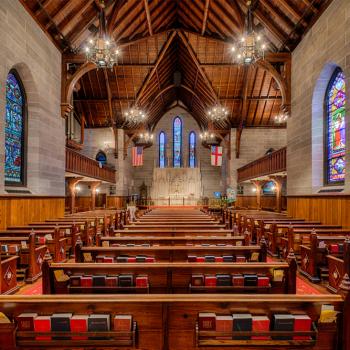 May 18, 2020 In Apparent Rebuke to Other Churches, Episcopal Bishops Champion COVID Prudence
Browse Our Archives
What Are Your Thoughts?leave a comment