One of the nations that’s been exemplary in its handling of COVID-19 has been New Zealand, thanks to its strict lockdown, travel restrictions, and bans on social gatherings. Prime Minister Jacinda Ardern has arguably emerged from the pandemic even more popular than before.

But even she had to deal with an evangelical Christian pastor who insisted that shutting down churches went too far and was clearly part of a liberal conspiracy.

Destiny Church Pastor Brian Tamaki is infamous for his anti-science, prosperity gospel preaching. He’s used church funds to buy an Audi Q7 (worth about $78,000 U.S. dollars), thrown cash onto the church stage like he just won the lottery, blamed earthquakes on gay people and murderers, and lost his church’s tax-exempt status for failing to file annual tax returns.

In early March, Tamaki blamed the virus on “airborne demons” before saying accepting Jesus would inoculate you. He’s been a thorn in Ardern’s side ever since.

He recently vowed that his church would break the rules limiting gatherings to 10 people because of some Christian conspiracy theory. 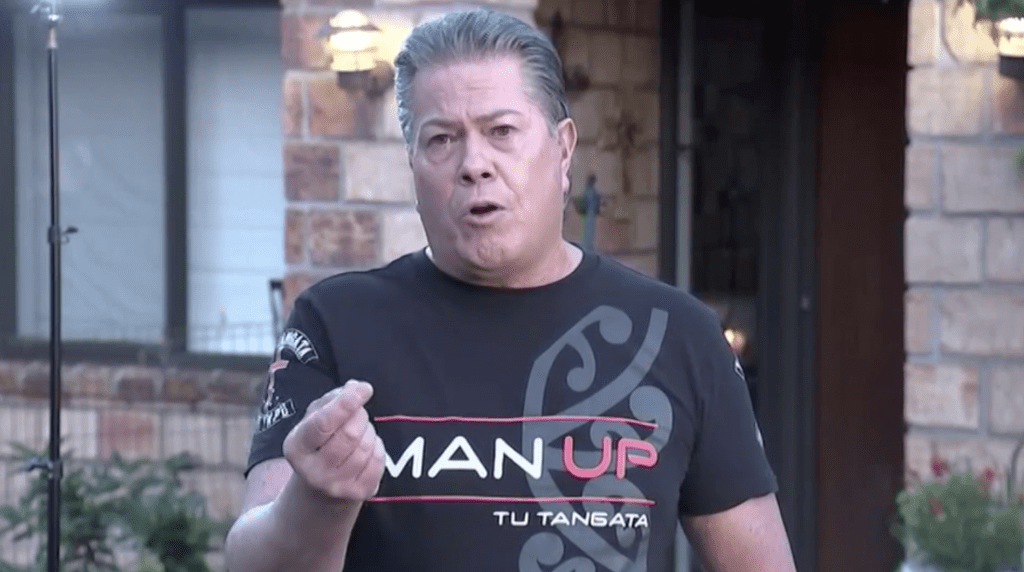 “I’ve had enough of this state-controlled Government and their abusive political power, trying to tell the church ‘you’re not an essential requirement’,” he told The AM Show on Wednesday. “To hell with it, or to heaven with it.”

“You’ve got to remember religion is an obstacle to a socialist state’s ambition. She is a little bit suspicious — but it’s more than you know, happenstance that she’s treating the church so obviously like this.”

Someone speaking in tongues makes more sense than that.

Ultimately, Tamaki backed down and said he would obey the rules:

Tamaki says he’s been in touch with the police over this Sunday’s service and doesn’t expect any trouble — because despite his opposition to the rules, he’ll be following them. Anyone coming into the church will have to abide by 2m distancing rules, while most sit in their cars like they’re at a 1950s-style drive-thru movie theatre.

Leave it to an evangelical to stir up hate against a government, all because the government is asking Christians to play by the same rules as everyone else. I know Tamaki is in New Zealand, but he doesn’t live on an island. He’s part of a society whose ability to overcome this virus depends on everyone making sacrifices. Including Christians. Jesus isn’t going to save us from this pandemic, and Tamaki shouldn’t be sacrificing members of his congregation in his wild attempt to prove otherwise.

(Screenshot via Newshub. Thanks to Bob for the link) 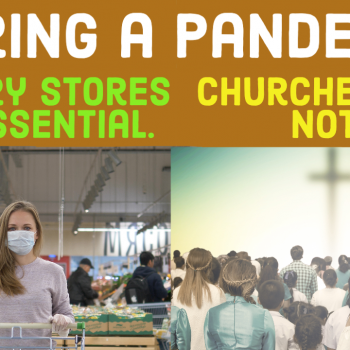 May 17, 2020
Here's Why Grocery Stores, and Not Churches, Are Essential in a Pandemic
Next Post