Mark Taylor: Republicans, Who Got Crushed in the 2018 Midterms, Still Won Them! May 17, 2020 Beth Stoneburner

Mark Taylor: Republicans, Who Got Crushed in the 2018 Midterms, Still Won Them!

Christian conspiracy theorist and self-proclaimed “prophet” Mark Taylor said in 2018 that the midterm elections that year would bring about a “red tsunami” of voters. That prediction became all the more comical when he kept defending it following the blue wave that actually occurred. (He said those who couldn’t see the red tsunami just lacked spiritual maturity.)

This week, with the 2020 election on the horizon, Taylor continued to pretend his prophecy was successfully fulfilled.

“I prophesied there was going to be a red tsunami in the midterms, and I got hammered because we lost the House,” Taylor said. “We didn’t lose the House … I believe they [the GOP] allowed it to happen to let people see and experience who these Democrats were, how bad they really were, so that people could experience for themselves so that they will never be able to get back into office again.”

Taylor went on to assert that most of the new Democrats elected to Congress in 2018 “are not supposed to be there because they stole the election. We know that.”

By his own logic, Democrats actually won the presidency in 2000 and 2016 even though Republicans came into the White House because it created an environment for Democrats to come back even stronger eventually. See?! Our side never loses even when we “lose”!

For what it’s what the only evidence of a stolen seat in 2018 was when a Republican operative committed voter fraud.

As for Harris, though, we’ve seen this pattern before — of lying, then covering up the lies, then insisting there never was a lie. The current president is rather fond of it. This method of “alternative facts” has spawned a new level of gullibility that further undercuts the moral authority of evangelical right-wing Christians. Rather than humbly admit he was wrong, Taylor continues to double down, no matter how much evidence to the contrary piles up.

It’s not a good look for him, for his faith, or for his party. 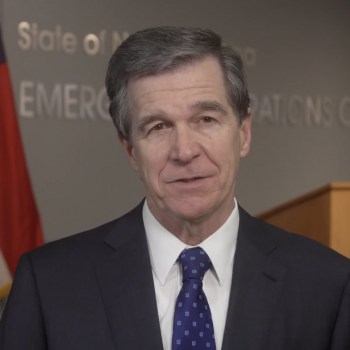