How solid is Rabbi Yigal Levinstein‘s history of homophobia?

Well, in 2016, he denounced LGBTQ individuals collectively as “perverts,” later comparing homosexuality to incest while arguing with the mother of a gay son. He has also publicly described families with two dads as “cruel,” “deviant,” “unjust,” and “simply an insane asylum” (a label he also applies to the concept of female military commanders). 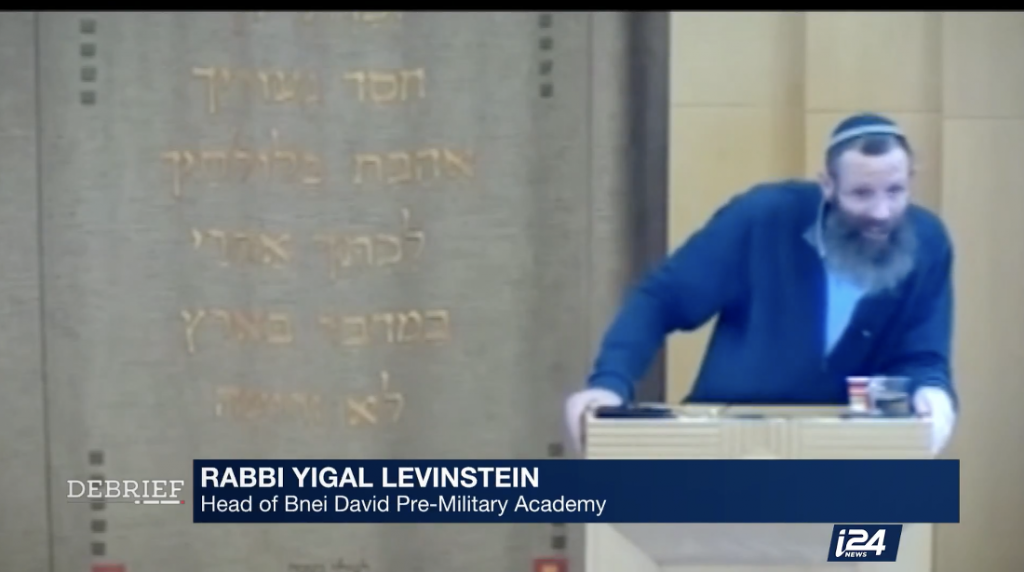 With a track record like that, maybe it’s not surprising that he’s been caught speaking up in favor of gay conversion therapy.

A recording released by Israel’s Galei Tzahal (Army Radio) has Levinstein telling students in a Zoom class that young people with queer leanings should be taught to be straight — the earlier, the better:

It’s possible to help people be straight again. The earlier you reach out to the child when [they feel] dual tendencies, the easier it is to help… If you don’t treat [this] it won’t pass, if you do treat it it will pass.

When asked for a specific age at which children with “dual tendencies” should be treated, Levinstein suggested ages 13-15, though he acknowledged that the correct answer really depends on “when this tendency begins.”

Levinstein is one of the founders of Bnei David Pre-Military Yeshiva Preparatory, a school for young Israeli men that blends religion with militaristic Zionism, preparing high school graduates for service in the Israeli Defense Forces (IDF) without loss of faith since 1988. Journalist Anshel Pfeffer, writing for Israeli newspaper Haaretz, described the yeshiva like this:

If you belonged to the select 60 chosen to attend Eli, or as it was more formally known, the Bnei David (Sons of David) pre-military academy, you were on your way to becoming part of the next generation of the commanders of the Israel Defense Forces.

The Duke of Wellington is rumored to have said that “the battle of Waterloo was won on the playing-fields of Eton”. The next wars of Israel were to be won on the windswept hilltops of Eli.

In a school that is preparing men for leadership roles, the beliefs of its founders have the potential to cast a very long shadow.

Nor is Levinstein’s influence limited to the lecture hall. In a Haaretz opinion piece from 2016, Uri Misgav writes about the level of influence the rabbi enjoys in the upper echelons of the Israeli power structure:

[The yeshiva] is not the only place he espouses his doctrines. It turns out he also enjoys an open door to the General Staff and meets with top brass like the chief of staff and the head of the Manpower Directorate. He scolds the Education Corps’ commander, is invited to lecture in the army and is a guest in pre-battle deployment areas… How is it that as the Western democracies struggle to improve the war on fundamentalism, we bow our heads to it, debase ourselves before it, bring it into the army, fund it and subsidize it? And on Independence Day we award it an Israel Prize for lifetime achievement.

Setting aside Misgav’s rose-tinted view of Western democracies’ success in the battle against fundamentalism, the point remains: This is a man of power and influence, backed up unquestioningly by the resources and prestige of the yeshiva he founded. Bnei David has threatened to sue Army Radio for libel, describing the allegations as “journalistic negligence”:

At no point during the lesson last night or in any other lesson that Rabbi Yigal Levinstein led during his dozens of years as an educator did the rabbi say he supports conversion therapy. On the contrary, Rabbi Yigal said, last night as well… that he is opposed to conversion therapy, but the reporter insisted on presenting things in a distorted and different way from how they were said… The rabbi argues that there are professional psychological therapies that can help the youth with sensitivity, just as a variety of professionals argue in other fields.

Levinstein says the recording is accurate “except for the quote about the starting age for treatment” and the views he expressed are “legitimate.” He also claims to have no idea what conversion therapy actually is.

So what Levinstein and Bnei David seem to be saying is that Levinstein knows nothing about conversion therapy, but he opposes it categorically, while also believing that psychology can help young people suppress their “dual tendencies” in a way that is totally legitimate to support because the words “conversion therapy” weren’t used to describe it.

Taken together with the attitudes towards homosexuality Levinstein has clearly evinced in the past, a heaping dose of skepticism is in order.

In fact, this isn’t even the first time Levinstein and Bnei David have unwittingly promoted conversion therapy by another name. In a 2018 lesson, Levinstein called upon psychology to “eliminate” homosexuality:

I am convinced that on the day that people will disagree that this thing [homosexuality] is normal, we will save all of human society, and physiological science and psychological science will not have any problem in dealing with this problem. We just need to define it as a problem.

Do you remember that once there was this concept of AIDS and the entire medical world attacked it and managed to eradicate it? Or any other problem. Problems we eliminate. Defects can be eliminated.

While it’s lovely that he lives in an alternate reality where AIDS has been fully eradicated, his comments — all the more horrific for their reference to a disease that decimated a generation of gay men — were rightfully condemned.

But when the yeshiva released a statement of support for Levinstein, it included an endorsement for the practice of psychologically treating LGBTQ people in such a way as to turn them into “normal people” (or, at the very least, teach them to fake it):

[The lesson was] given in a respectful and non-injurious manner, and stems from a recognition of facts in reality, out of an attempt to help and assist students.

The words that were quoted express a legitimate opinion that seeks to cry out the obligations of humanity. Experience proves that in many instances it is possible to help those with reverse inclinations to return to be normal people.

Again, Levinstein and his brethren at Bnei David seem to think that it’s acceptable to advocate for “helping” LGBTQ people learn conformity and repression — in their words, the pretense of being “normal people” — as long as they don’t use the specific phrase “conversion therapy,” as if the problem is the language used and not the suite of ideas it represents. 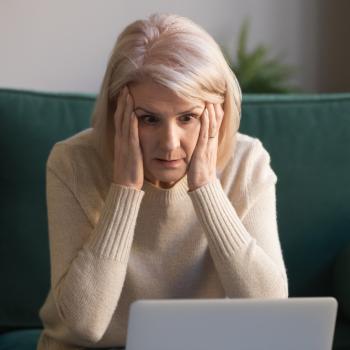 May 15, 2020 Christian Pastor: I Won't Obey Health Orders Until They "Sell Popsicles in Hell"
Browse Our Archives
What Are Your Thoughts?leave a comment