Ahmaud Arbery, as you probably heard, was senselessly murdered by two white men for the heinous crime of… jogging while black. By all accounts, the videotape of the incident seems damning.

But not according to Chris McDonald and Mark Taylor, two right-wing Christian activists who make a living by sniffing out conspiracies.

Arbery was killed, they claimed on Monday night’s “MC Files” show, as part of some elaborate plan to harm Donald Trump:

“I knew it was going to happen over the weekend,” McDonald said. “They’re going to turn this into a Trump-bashing, racially charged event. They’re trying to distract. I look at this almost like you call it a red flag, a false flag. It’s not that it didn’t happen, but it was a distraction to get our attention off of [Trump’s fight against the deep state].”

Yes, if only Arbery had been murdered at a more convenient time for Trump…

Arbery’s killing, and the fact that it took two months for the alleged killers to be arrested, is just more evidence of our nation’s long and shameful history of racism. The people fanning the flames of bigotry are not those trying to seek justice for Arbery, but the right-wing conservatives who continue acting like the entire world is out to get them for calling attention to the nation’s problems. Or, you know, just listen to the racist words that come out of the president’s own mouth.

“They’re trying to start a civil war in this country, a race war,” Taylor responded. “They’re trying to spark anything that they can right now to start riots or this, that, and the other to literally stop the election in November, and we just cannot fall for it right now.”

I think I can safely speak for all liberals when I say we have no desire to postpone the election. If the election could be sooner, I’d be all for it. But if their conspiratorial beliefs mean they’ll fight against anyone trying to postpone or cancel the election, great. I hope they remember their own words. 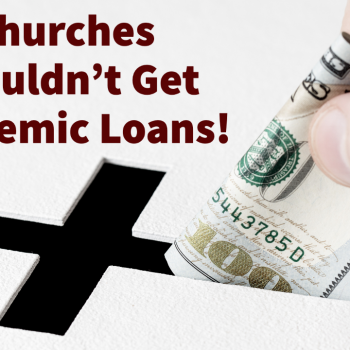 May 13, 2020
This is Why Churches Shouldn't Receive Taxpayer-Funded Loans During the Pandemic
Next Post 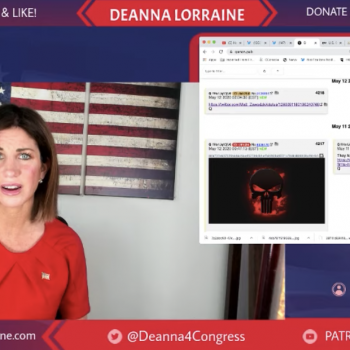