Never one to miss an opportunity to hate on Democrats, right-wing activist Dave Daubenmire stated on his “Pass The Salt Live” program yesterday that Barack Obama — a Christian Democrat who’s never been convicted (much less accused) of any serious crime — was actually a closeted Muslim Communist who deserves to go to jail:

“The buck stops at the top,” he continued. “If we think [James] Comey and [James] Clapper — getting those little peons — if we think that’s it, no, no, no. In order for justice to be restored to America, Barack Hussein Obama, the communist Muslim freak, must be put in jail.”

For anyone concerned with reality, Obama warned Trump before the transition of power that hiring Flynn should be avoided because of investigations against him. Trump hired Flynn anyway. Flynn was later convicted of lying to the FBI. Trump should have thanked Obama. Instead, Trump and his followers want Obama jailed.

Of course, that’s to say nothing about the body count rising under the current administration: the wrongfully deported citizens who were met with violence when they returned to their country of origin; the dead kids in ICE custody; the people affected by coronavirus because the president told them it was no worse than the flu; the white supremacists committing acts of terrorism in Trump’s name.

We shouldn’t have to rehash the use of “Muslim” as a slur against Obama — it’s not true and it’s not slander — but it’s truly ironic that Daubenmire inflicts the non-Christian label on the previous president instead of a certain “Two Corinthians” guy. 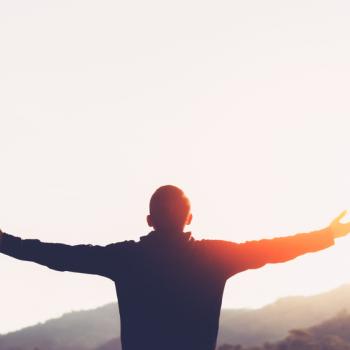 May 14, 2020
Christian Logic: Literally Any Outcome Is Proof God Exists, and That He Is Good
Next Post