Christian Logic: Literally Any Outcome Is Proof God Exists, and That He Is Good May 14, 2020 Terry Firma

Christian Logic: Literally Any Outcome Is Proof God Exists, and That He Is Good

Got pancreatic cancer? Third-degree burns? Did you recently lose a parent, a child, a sibling, a friend, or your job? Don’t fret! The Almighty only gives us nice big helpings of pain and sorrow because He wants to bind us closer to him. With the trials He puts us through, He’s doing us a favor, believes Pennsylvania Pastor Steven Altrogge: 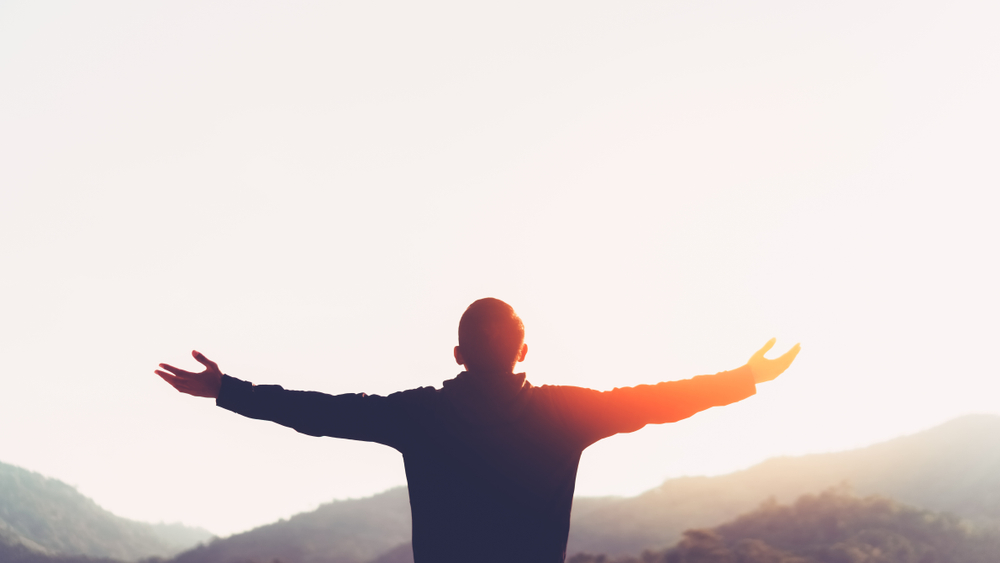 That all appears under the headline “The Unexpected Perks of Being Thrown Into the Fire.”

Cancer. Cholera. COVID. All horrible, sure — but perks at the same time, you dig?

Trials force us to lean on God, and trust him when we can’t see the outcome. They knock our legs out from underneath us so that we’ll cling to God. God never wastes our suffering. … We can rejoice in our trials, and even count them all joy because we know that God is producing steadfast faith in us.

Altrogge isn’t alone, of course. This is mainstream dogma in every tribe and subset of conservative Christianity I’m aware of.

If a psychopath beats his girlfriend bloody and burns her with a cigarette lighter — all in order to draw her closer and get her to love him more — we’d be horrified. Christians too. So why is it suddenly wise and holy when God does it?

But let’s leave that objection for another time. In this post, I just want to point out how Christians have rigged the game.

The greatest joy we’ve ever experienced? God rewarded us, because He is Good. The deep, aching sorrow that nearly tore us in two? God again, testing us, yearning for our closeness. Because He is Good.

See how that works? Heads, God wins; tails, we lose.

It’s not new by any means, but thanks to the escalating COVID-19 death toll, which occasions eulogies and introspection and a search for meaning, I’ve been seeing it everywhere lately.

When Naperville, Illinois Pastor Angel Escamilla fell ill with the coronavirus in March, his colleague Marty Sloan told congregants that

The best thing we can do right now is come together in prayer and believe in God to touch pastor Angel Escamilla’s body and heal him tonight.

So they all prayed to God fervently, and it didn’t work. God studied His nails, and Escamilla died. How did Sloan respond? He praised the power of prayer, of course:

“I know that we prayed for his earthly healing in hopes that he would remain with us. Our prayers were not in vain, as they turned our hearts toward the hope we place in heaven.”

I don’t mean to make fun of a grieving man. I waited six weeks to even mention Escamilla and Sloan. But now I get to say to the latter: Sir, I don’t believe you’re a dunce, so you must know you’re playing with a stacked deck.

Examples of this illogic abound. How about this little trinity:

• If you manage to stay virus-free, the Lord has protected you; Praise Him!

• If you’re infected and recover, the Lord has healed you; Praise Him!

• If you get infected and die, the Lord had a higher plan and he called you home; all Praise Him!

(Never mind that Psalms 91:3 promises that God “will keep you safe from all hidden dangers and from all deadly diseases” — emphasis mine.)

As ex-pastor Tim Sledge has pointed out, the result of believing in God is literally indistinguishable from believing in, and praying to, a telephone pole (or a coffee table, or a calico cat).

When I mention Christians stacking the deck and rigging the game, I don’t mean to imply that they necessarily do this deliberately. The smart ones, yes, they must have tried to think this through at some point. (In the end, all they can do is cover up this Achilles heel of the Christian faith with the standard “mysterious ways” bandage that they’ve been trotting out for at least 250 years.) The rest — the easy marks, the unthinking parroters, the timid conformists — probably aren’t even aware of the fatuity of their God-is-always-good dogma. Not that that makes it any better.

Most Christians cling to these beliefs because if they let go of even one strand of it, it all starts to unravel. If God didn’t unleash COVID, or if He can’t cure it, He isn’t in control; and if He isn’t in control, then Christians, in the words of the writer Peter Manseau,

“… fear that they will not have their greatest source of solace just when they need it most.”

I sympathize — up to a point. I concede that God may be better than Xanax to the anxious.

Then again, objectively, so is that telephone pole.

Wouldn’t it be better to live with facts than with lies?

P.S.: Speaking of pastor Marty Sloan, he recently had his posterior handed to him by journalist Julie Roys. Roys discovered that Sloan, the head pastor at the Calvary megachurch in Naperville, knew that a fellow staffer, pastor Angel Escamilla, and Escamilla’s family members, had been infected with coronavirus. Sloan declined to tell the church employees for a week; soon another worker came down with COVID-19. Only when Sloan knew that Roys was about to expose these irresponsible, unethical acts did he quickly inform everyone in the church.

Hemant covered it here, including the part where Sloan got on a commercial flight to visit his son, even though he knew he’d been exposed to people carrying the virus. 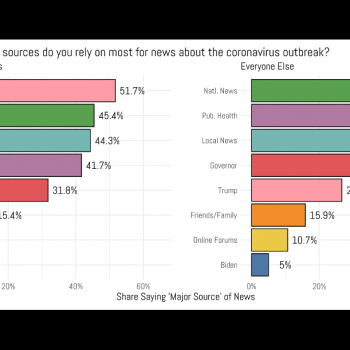 May 14, 2020
A Majority of White Evangelicals Trust Donald Trump for Coronavirus News
Next Post