Remember when New York Mayor Bill De Blasio got called an anti-Semite and a Nazi for reminding ultra-Orthodox Jews and all other ethnic / religious groups that they could face arrest for not following the city’s social-distancing rules?

I wonder if those critics are going to fling the same charges at the government of Israel. 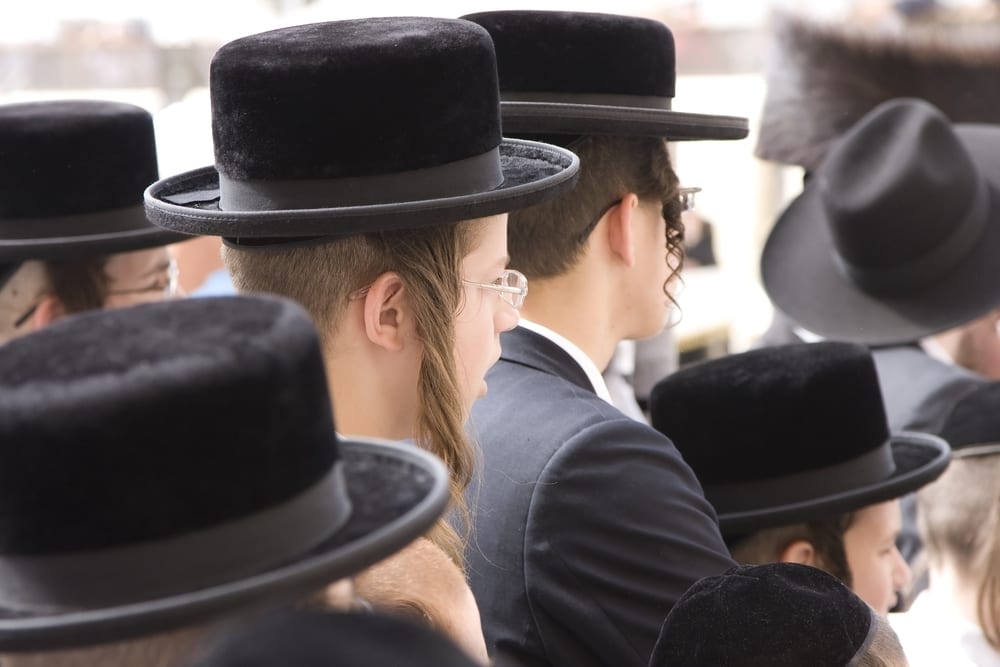 Hundreds of residents of the ultra-Orthodox Jerusalem neighborhood of Mea Shearim crowded the city’s streets Monday night to mark the Lag B’Omer holiday, ignoring a government ban on celebrations meant to stave off a fresh outbreak of the novel coronavirus.

Bonfires and gatherings were also reported in Beit Shemesh and the incidents drew an angry rebuke from Prime Minister Benjamin Netanyahu, who ordered a police crackdown on the illegal celebrations.

Footage showed adults and children dancing and congregating in close quarters, despite social distancing restrictions meant to prevent the spread of the coronavirus

Police were reported to be working to disperse gatherings at several bonfires in the neighborhood. In the city of Beit Shemesh, near Jerusalem, officers dispersed groups at a number of illegal bonfires, where dozens of ultra-Orthodox Jews had congregated.

Several extremists verbally and physically harassed a Channel 13 correspondent and his cameraman, as they reported from near a bonfire. At least one rock was thrown at them and appeared to hit reporter Yossi Eli, as he broadcast live.

Part of that assault can be seen here:

All this is happening as newly released numbers show that the ultra-Orthodox, who currently make up only about 12 percent of Israel’s population, now account for 37 percent of the country’s coronavirus deaths.

“We thought it would be bad for the Haredi community, but not this bad,” Tehila Kalagy, a Haredi academic who studies health policy in her community, told The Times of Israel on Sunday, calling the figures “quite surprising,” [and adding:] “We’re really seeing how the Haredi community here in Israel, like in the Diaspora, has taken a major hit from the coronavirus.” …

The majority of the cities in the top 10 list of per capita cases of infection are home to large ultra-Orthodox communities. According to the latest Health Ministry data, four out of the top seven cities with the most total infections are heavily ultra-Orthodox, including Bnei Brak, Modiin Illit, Elad, and Beitar Illit.

If they survive the pandemic without huge further losses, these groups are on their way to considerably more power in Israel, based on demographics alone. There’s very little interfaith marriage among the ultra-Orthodox, and large families (seven children on average) are the norm. In 10 years, the Haredim are expected to make up 16% of the total population. If trends hold, one third of the Israeli people will be Haredim by 2065, just two generations from now. 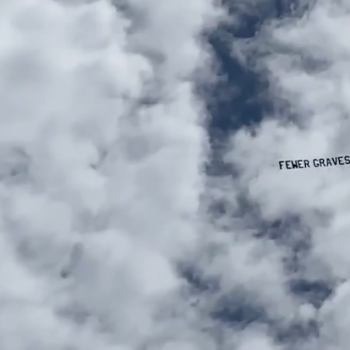 May 12, 2020
During #ReOpenNC, Protest Banner Reads "Fewer Graves If We Reopen in Waves"
Next Post