David Barton: It’s Not the Federal Government’s Job to Respond to a Pandemic May 12, 2020 Beth Stoneburner

David Barton: It’s Not the Federal Government’s Job to Respond to a Pandemic

During an interview with the Mighty Oaks Foundation’s Chad Robichaux, Christian pseudo-historian David Barton said that the federal government shouldn’t have anything to do with handling COVID-19.

Which is convenient, I guess, since they haven’t been doing much of anything to fight it.

Barton has already praised Donald Trump for refusing to heed the advice of medical professionals and claimed that anyone who fears the virus isn’t Christian enough.

But now he’s insisting that federalism requires the federal government to stay out of national disasters.

“The Constitution puts all health care at the state level; it does not put it at the federal level,” Barton said. “So this was not a federal question; it is a state question. In the Constitution, you have 17 what are called enumerated powers. The Constitution says, ‘Federal government, here’s 17 things you’re allowed to do.’ And then in the 10th Amendment, it says if it’s not one of those 17 things, it belongs to the states to deal with. Health care was one of those issues.”

Believe it or not, the Constitution has been amended since then and new laws have been written. In the case of a national disaster or emergency, the federal government can indeed step in to create national guidelines and coordinate a response across the country.

The Founding Fathers surely did not think the response to pandemic should be for those in power to run away and pretend they’re powerless, much less spread misinformation about it, ignore sensible precautions, and create obstacles for states managing their own responses.

Barton doesn’t care because Barton’s career is built on lying to gullible Christians. Lately, that means defending everything Trump does, no matter how disastrous it is.

May 12, 2020
Franklin Graham Insists Samaritan's Purse Would Refuse Redirected WHO Funds
Next Post 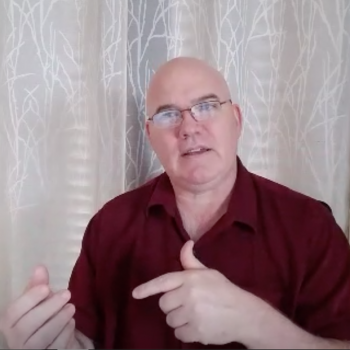 May 12, 2020 Christian Activist: I Cured a Woman's Tinnitus By Removing a Cactus on Her Head
Browse Our Archives
What Are Your Thoughts?leave a comment