Since his arrest more than two weeks ago, Pastor Tony Spell of Louisiana’s Life Tabernacle Church has continued holding in-person church gatherings and putting countless people in harm’s way. Despite being under house arrest, he’s defied the law to preach at his nearby church multiple times a week, even asking supporters to send him portions of their stimulus checks.

And now, arguably because nothing sells as much as pretending to be persecuted, Spell is suing the Democratic governor of Louisiana, John Bel Edwards, and other state officials in order to obtain a restraining order that would allow him to avoid house arrest and continue preaching… even though he’s already doing that right now.

The complaint is full of the Christian hubris we’ve come to expect from a pastor who is so selfish that he doesn’t care how many people around him get infected with the deadly virus.

Each day that Pastor Spell is wrongfully imprisoned in his home is a travesty and humiliation upon his dignity as an individual human being in the image of God, and a violation of his Constitutionally and statutorily protected rights as a citizen of the State of Louisiana and the United States of America.

Without emergency relief from this Court, Pastor Spell has suffered and will continue to suffer irreparable harm from his continued imprisonment and threat of further imprisonment and sanction for the act of engaging in the free exercise of his religious rights, freedom of assembly, speech and other rights protected by the Constitution. Pastor Spell seeks to be free from the unconstitutional application of the Governor’s Emergency Orders for the act of assembling his congregation and preaching the Word of God.

How has he suffered? He’s held more in-person church events over the past two weeks without any hint of punishment, which says more about who our justice system allows to ignore the law than anything about religion.

And for all he’s supposedly suffering, what about all the people who stand to contract the virus by attending his church, where people stand close together, don’t wear masks, and take no real precautions whatsoever? Is the state supposed to ignore the harm he’s doing to them in the name of faith?

Most Christian pastors have been following the law, live-streaming sermons from home (or from church with a skeleton staff), and struggling to make things work, just like everyone else. It’s guys like Spell who think the law doesn’t apply to them because they’re Christian who are making the others look bad. Spell doesn’t care who he puts in danger — or who he allegedly tries to run over with a bus.

The courts shouldn’t let a madman go free. And they should go after him for all the times he’s already broken the law by hosting in-person services. 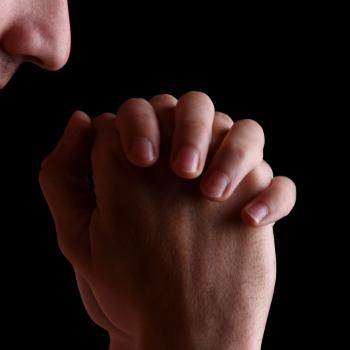 May 11, 2020
A Christian Whose Faith Has Turned "Messy" Reflects on Believers' COVID Hubris
Next Post 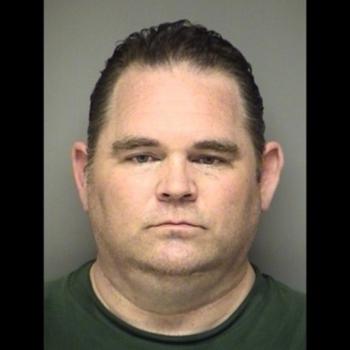