Evangelist Franklin Graham’s NYC COVID Tents Are Gone; So Is His Anti-LGBTQ Hate May 10, 2020 Hemant Mehta

Evangelist Franklin Graham’s NYC COVID Tents Are Gone; So Is His Anti-LGBTQ Hate

Because of New York City’s aggressive response to COVID-19, there’s no longer an urgent need for extra hospital beds. That means evangelist Franklin Graham‘s tent hospital in Central Park, working under his charity Samaritan’s Purse, is now leaving and heading to other parts of the world.

They will be remembered not for the 300+ people they treated but for the “No Jews Allowed” policy the Christian group maintained for all volunteers. 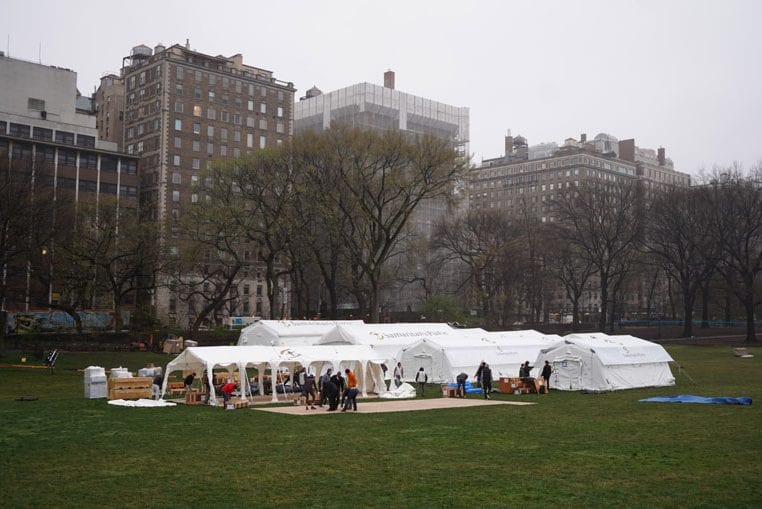 Okay, that’s too specific. But it’s not inaccurate. Graham makes all volunteers sign a Statement of Faith that says they accept the divinity of Jesus, are against marriage equality, against the existence of transgender people, against abortions (even in cases of rape or incest), and for the idea that Jews and Muslims and atheists will be burned and tortured for all of eternity. If you disagree with any of those things, you can’t work with his group. It doesn’t matter how qualified you are as a medical professional. If you think LGBTQ people deserve civil rights, they want nothing to do with you.

There’s no evidence of discrimination against the patients — even the city acknowledged that. But it’s disturbing that NYC partnered with Graham’s group at all, given the inherent bigotry involved.

Now that the makeshift hospital is coming down, the New York Times spoke with Graham, and he insists it’s everyone else who was distracting from the crisis. For example, Graham claims the city council member, Corey Johnson, who accused him of being “notoriously bigoted,” was the real problem.

My statement on Samaritan's Purse:

It is time for Samaritan's Purse to leave NYC. This group, led by the notoriously bigoted, hate-spewing Franklin Graham, came at a time when our city couldn't in good conscience turn away any offer of help. That time has passed. 1/

“New York is — how many million people live here?” Mr. Graham said. “There’s not one set of values that represents nine million people. I think that’s just ludicrous to me even make a statement like that.”

It’s hardly ludicrous. Graham is objectively bigoted. That’s why he was rejected from every venue during a planned tour in the UK.

Graham himself is oblivious to what people think about his beliefs:

Mr. Graham said he thought most New Yorkers agreed with him on marriage, an assertion not borne out by polling data, which in 2017 showed 69 percent of the state supported same-sex marriage.

Good lord, he lives in a bubble.

You know Graham walks around thinking he’s doing the world a favor when the reality is Christianity’s reputation takes a hit every time he opens his mouth. He could have used the platform his father built to make Christianity more appealing to the masses. Instead, his name — and his brand of faith — is synonymous with exclusion.

Again, none of that is to say the volunteers treated the patients poorly. But all the good they did was outweighed by the hate they represented. 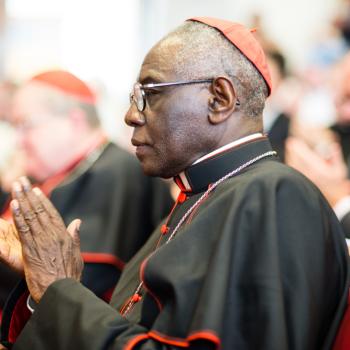 May 10, 2020
Catholic Kerfuffle Erupts Over Cardinal's Signature on COVID Conspiracy Letter
Next Post 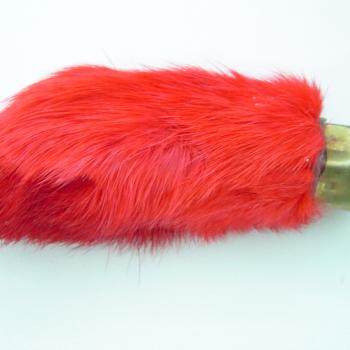 May 10, 2020 Georgia Pastor Says a Rabbit's Foot Won't Help You, But God Totally Will
Browse Our Archives
What Are Your Thoughts?leave a comment