Sikh Doctors Shave Beards to Fight COVID: “This Was an Exception to the Rule” May 9, 2020 Val Wilde

Sikh Doctors Shave Beards to Fight COVID: “This Was an Exception to the Rule”

Getting tired of the endless braying from pastors and fundamentalists about how safeguards preventing the spread of COVID-19 is a violation of their religious freedom?

Imagine if, instead of insisting on following their dogmatic rules at the expense of human life, they could follow the spirit of the law and make their religion a reason to protect one another instead of an excuse to spread harm.

In hard-hit Montréal, Quebec, two Sikh doctors have made the choice to break the rules of their religion in the service of a greater principle.

The Montreal Gazette‘s Bill Brownstein tells the story of Sanjeet Singh-Saluja and Rajeet Singh-Saluja, who both work within Montréal’s overtaxed hospital system. Their facial hair has never presented a problem before, but that changed when the spread of COVID-19 made face masks a necessary part of every interaction.

On a person who sports a beard, the N95 mask isn’t able to form a proper protective seal. That meant that the Singh-Saluja brothers had to keep their distance from their patients, preventing them from pitching in to help handle the COVID crisis.

One of the principles of the Sikh religion (kesh) mandates that believers eschew hair removal of all kinds, right down to the question of eyebrow trimming. The idea is that it represents respect for the natural perfection of the body as God created it.

Medicine furnishes all kinds of arguments against the perfection of the human body in its natural state, it’s true — but nonetheless, it was a principle that was deeply important and symbolic to the Singh-Saluja brothers.

But there’s another important principle in Sikhism, the idea of selfless service to others (called seva). That’s what ultimately informed the brothers’ decision. Says Sanjeet:

We’ve never seen anything like this in our lifetime. This disease spreads in such fast form. There are so many people out there in its path… Because COVID-19 has become so rampant in our community, it just wasn’t feasible anymore [not to wear a N95 mask]. There are so many people coming in. I felt I just couldn’t sit on the sidelines. This was an exception to the rule, so we had to do what we had to do to help out.

In the past, Sanjeet has questioned whether he could continue to practice in Montréal if he was told it would mean giving up such religious symbols as his beard and turban. But in these extraordinary times, he concluded that his service to others was the more important principle.

Nonetheless, he struggles with the change:

I know I made the right decision. But there is still tremendous sadness — the saddest thing I’ve ever done. More than a month later, I still have trouble looking at myself in the mirror.

Meanwhile, there are people protesting in the streets for the right to have their split ends trimmed and pastors gathering their congregations so they don’t have to pass up those sweet, sweet tithes.

Have they asked the question these brothers asked themselves about what their god would want them to do in this situation? Was this their answer?

It’s important to note that this was never a question of whether the brothers would follow or discard their religion. Their level of commitment to their faith is absolute. But this was a question about how to interpret and act upon that faith, in accordance with what they believe their god would want of them.

That’s the same question every religious person faces when they try to decide whether to defy social distancing orders, protest against quarantine, sell phony cures, or manipulate others into donating their stimulus checks.

Religion doesn’t inherently force people to behave in cruel or selfish ways. People of faith decide how to understand what God wants of them. And we can understand their interpretation of God by the actions they decide to take.

I know whose version I’d prefer. 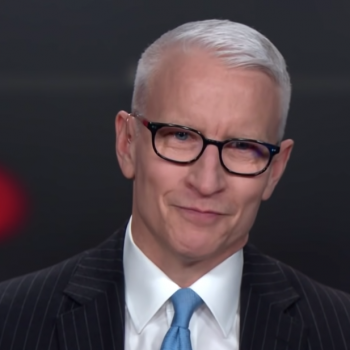