Last night, a federal judge blocked Kentucky Gov. Andy Beshear‘s temporary ban on mass gatherings, opening the door for a hell of a lot of in-person church services tomorrow, where COVID-19 will inevitably spread among the Christians who wrongly think they’re victims of a conspiracy.

Their irresponsible actions could then affect all the people they come into contact with.

There were multiple lawsuits making the same basic argument: that the religious freedoms of Christians were under attack. One group of Christians at Maryville Baptist Church became furious when police officers placed warnings on cars outside their church after they held an in-person service in mid-April. They soon turned the persecution dial to 11, saying that their situation was analogous to Japanese-Americans who were placed in internment camps in the 1940s.

Last night, they won the exemption they sought… but only for their church.

A different lawsuit, filed by Tabernacle Baptist Church in Nicholasville, is the one that will now open the door for widespread gatherings in churches. That ruling by U.S. District Judge Gregory F. Van Tatenhove said that Beshear didn’t act maliciously, but his restraining order failed to include “a compelling reason” to limit the right of people to gather for church.

Apparently, You might die and/or infect everyone you meet isn’t compelling enough.

The judge also failed to note the differences between places like grocery stores (where people don’t chat, go in and out as quickly as possible, and buy life-sustaining food) and churches that could easily be held online.

The end result is that churches in Kentucky will be allowed to meet in-person, provided they adhere to social distancing and hygiene guidelines… but there’s really no way to verify that’s happening. People who haven’t seen their friends in months will inevitably talk at close distances, hug, and breathe communal air. This is a disaster waiting to happen. They could listen to sermons online, but these people aren’t interested in private religion. They need public displays of piety or else it doesn’t count. And if others suffer, too damn bad.

More people will die because these Christians reject science, wrongly think Democrats are out to get them, and value their wants over everyone else’s needs. 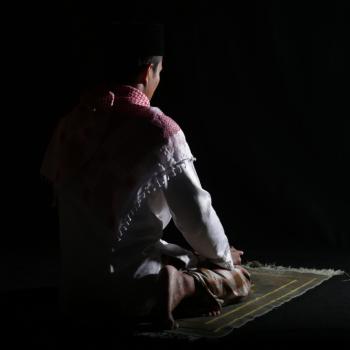 May 9, 2020
LGBTQ People Would Face Forced Exorcisms Under Proposed Indonesian Law
Next Post 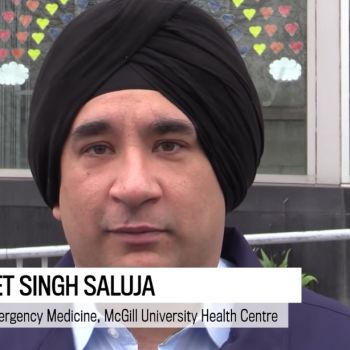