Even in ordinary times, Catholics are not known for generosity to parish collection plates.

That’s not me maligning penny-pinching believers. That’s a direct quote from an article over at the Catholic News Agency, written by editor-in-chief JD Flynn, that talks about the United States Catholic Church going broke. Flynn doesn’t say the Church might or may or could.

The Center for Applied Research in the Apostolate estimates that Catholic families registered in a parish give an average of $10 each week in offertory. By most estimates, that amount has been on the decline since the 2018 sexual abuse scandal, which has prompted widespread frustration with bishops among active Catholics.

I follow this stuff daily and I honestly had to look up which sexual abuse scandal “2018” refers to. In the last two or three decades, you could pick any random year to talk about a breaking child-fucking scandal in the Catholic Church, and you’d be correct — there’d be one.

I imagine none of those outrages increased Catholic believers’ enthusiasm to give money to the Church. Likewise, the occasional reports of higher-ups living in conditions that vary from great luxury to obscene splendor must’ve cooled donors’ ardor.

From that $10, parishes pay their priests and lay personnel, including insurance and retirement costs, fund religious education and other ministries, maintain old buildings, and, if they have a school, subsidize its operations. …

In recent years, parishes have made efforts to increase their online giving revenue, not in anticipation of a pandemic, but because online giving income is more predictable than parish offertory, and predictable income makes it easier to budget. Still, most studies suggest that online giving makes up only a small fraction of revenue for most parishes.

In short, even when people can actually go to Mass, the margins in most parishes are thin.

That was before the coronavirus. And now?

[P]arishes across the country have already laid off or furloughed employees. … Federal payroll aid is intended to cover a short-term decrease in revenue stemming from the immediate work stoppages of recent months. It is not designed to cover the long-term decrease in giving that could be occasioned by a lengthy faltering of the American economy. And while the stock market tends not to impact parish offertory, unemployment rates are generally thought to have significant effect on the collection plate. This means that alongside a long road to job recovery for the country, most parish jobs will be slow to come back, and some are unlikely to come back at all.

[L]ike parishes, dioceses have begun announcing layoffs and furloughs. But those measures may not be enough. Several dioceses have announced the end of their diocesan newspapers, reduction in priest salaries, or begun passing on a greater share of healthcare costs to employees.

If, as projected, the economic downturn is long-lasting, there will be other measures. Dioceses are likely to halt all renovation projects or new constructions, sell off properties, shutter ministry centers, and neglect long-term obligations, including self-funded priest pension plans, many of which are already underfunded. Some of those measures simply pass the costs of the present into the future; they will need eventually to be paid.

The economic downturn likely forecasts more diocesan bankruptcies, the closure and sale of parish and diocesan properties, a financially poorer presbyterate, and considerably smaller ministry staffs at every level.

Flynn touched ever-so-briefly on “the 2018 sexual abuse scandal.” Absent from his article, though, is any mention of the colossal sums that the Church has had to pay to the victims of child sexual abuse. That, and the related bankruptcy proceedings for diocese after diocese, can’t have make the financial picture any rosier.

Because I’m all about helping my fellow man, I have a solution for the beleaguered Church — but it lies with the Vatican, not with churchgoing families and their doubtful willingness to open their wallets wider.

It’s simple. The Mother Church can have a global fire sale. Sell the marble sculptures, the precious paintings, and the medieval tapestries. Sell the illuminated manuscripts, the secret papal account books, and the rest of the Vatican’s historic papers. Sell the jewel-encrusted altars, thuribles, and crucifixes. Sell the gold-clad cathedrals. Sell the cavernous convents and the monasteries. Cash out the stock and bond portfolios.

Start there. If that doesn’t yield enough to accommodate Catholic clergymen around the world at the level to which they’ve become accustomed, here’s my second suggestion. The Pope can encourage priests to live like itinerant preachers, much like the god-man they all claim to follow. Perhaps they can go around with an alms bowl like some of their Buddhist counterparts, and crash on Samaritans’ couches. That I could respect. How many of them would choose such a life? Three percent? Five? Those who decline and those who accept will reveal exactly how serious they are about their faith and their professed calling. 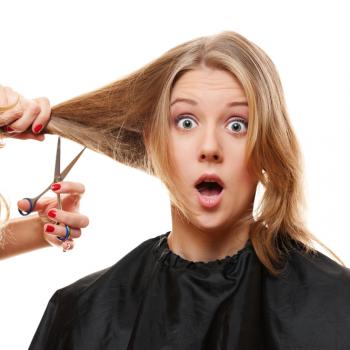 May 8, 2020
Alaska Pastor: God Needs You to Get a Haircut, But Not If You're a Woman
Next Post 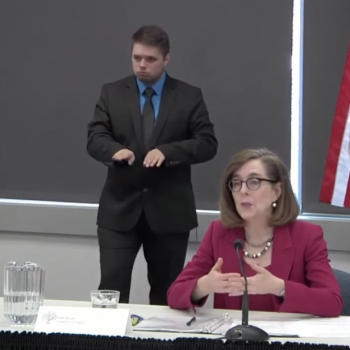 May 9, 2020 Oregon Churches Sue Governor, Claiming Social Distancing "Trampled" Their Rights
Browse Our Archives
What Are Your Thoughts?leave a comment