Pastor Claims He Has No Clue if His Small Church Obeys COVID Rules May 7, 2020 Terry Firma

Quick backstory. This past weekend, Pastor Steve Cassell of Illinois’ Beloved Church of Lena got slapped down by a federal judge who wrote that, no, Governor J.B. Pritzker‘s decision to temporarily prohibit church gatherings of more than 10 people isn’t a violation of religious rights. 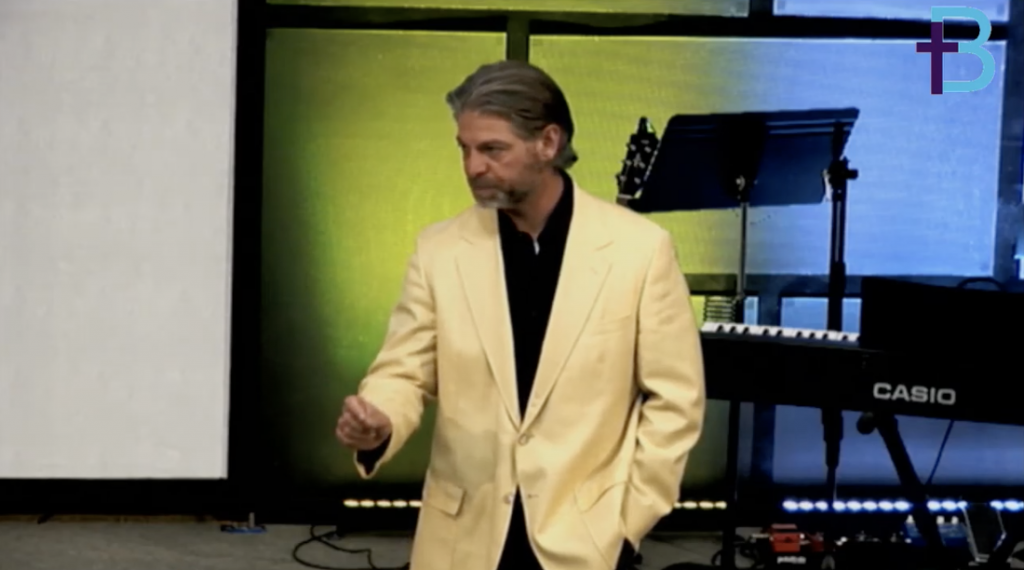 The pastor had claimed that churches were being discriminated against because the state doesn’t designate them an “essential service,” the way it labels grocery stores. If there are exemptions for supermarkets, there ought to be exemptions for churches, Cassell reasoned. The judge begged to differ, saying that grocery shoppers enter and leave the store with all due speed and deliberation, minimizing possible exposure to the virus. By contrast, the whole point of congregating in a church is to engage in fellowship, to sing together (watch those droplets!), etc. — things that “involve sustained interactions between many people.”

So, now that the matter is settled, Cassell is being a good citizen and following civil authorities’ directives, right? Rendering unto Caesar what is Caesar’s?

Not on your life.

The pastor of a church that defied the Governor’s stay-at-home order and held services with more than 10 people last Sunday said he’ll continue holding services.

“We are trying to walk tenuous line between the Governor’s tyrannical overreach and the provisions that are made in the Word of God and the scriptures as to what the gathering, the assembly of the saints, should look like,” he said.

Pastor Cassell said his church encourages social distancing among parishioners — aside from family members who live together — and offered people masks as they entered the church Sunday. The minister said he did not wear a mask and didn’t notice if his congregation did. He also said he didn’t pay attention [to] whether church-goers were practicing social distancing.

It’s not a big church. Cassell usually has an audience of 70 people, give or take. Unless he’s legally blind, it’s literally impossible that he doesn’t know if his congregants were wearing masks and practicing physical distancing.

My theory is that most weren’t, or not consistently. Cassell is probably playing dumb to reporters so that he doesn’t have to cop to a truth that he knows is unpalatable to the authorities (and to the people of Illinois who don’t have a death wish).

The minister said that while 60-80 people normally attend services, he didn’t note or count how many were there Sunday.

Amazing. The pastor may be observant, but he’s not, you know, observant.

I ain’t seen nothing. I don’t know nothing. Who’re you gonna believe, me or your lyin’ eyes?

As religious goombahs go, this guy is up there.

P.S.: How’s this for more of that delicious Christian persecution complex, which often involves not an honest shock over being threatened or attacked, but the craving of it?

Pastor Cassell said he, his family, and his church have received threats online and over the phone. He said he filed a police report in one instance.

That sounds bad. But wait:

Lena Police Chief Steve Schaible confirms an “informational” report was filed, but that it was a second hand report. The chief said the person who had “read somewhere” there was a serious threat to the church did not want to personally file the police report, so the pastor did. 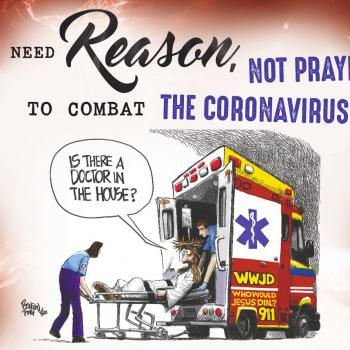 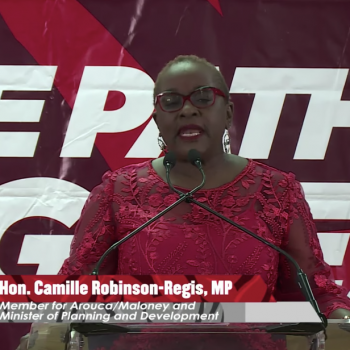