Officials in Kansas City, Missouri have caved under pressure from lying right-wing Christians and modified a local order that would have prevented the spread of COVID-19.

I mentioned last week how Christian legal group Liberty Counsel released a statement denouncing Kansas City’s plan to allegedly force “every church to submit a list of members and attendees along with their names, addresses and telephone numbers.” Attorney and man-who-failed-history-class Mat Staver claimed “The Germans did this very thing to Jews — collecting the names and locations of all known synagogue attendees — in the early days of the Nazi regime.”

All of that was a lie. The Nazi comparison was egregious.

What was actually happening, according to the Kansas City mayor’s own website, was entirely benign. As the city begins to open up public places on May 15, officials wanted non-essential businesses (like beauty salons and churches) to do the following, outside of basic social distancing: Just keep track of who’s inside your buildings.

If customers were there for longer than 10 minutes, the city wanted the establishments to keep track of their contact information. That way, if officials found out someone tested positive for the virus, it would be easier for them to know who may have been exposed to it.

If they knew “Bob Smith” tested positive for COVID-19, and Bob went to church that morning (for example), they could ask pastors to get in touch with everyone else who was there — or give the city that list so they could make the calls instead — so that those affected people could get tested or self-quarantine.

They also made clear that churches didn’t even have to hand in the information! The city was just asking them to keep it on hand in case of emergencies.

That was it. It was all about public safety. The information would be otherwise confidential and “used only to address public health concerns.”

That’s what Staver was comparing to Nazis. Like clockwork, the right-wing media world followed suit.

Mayor Quinton Lucas announced this week that a new order would go into effect telling churches and other non-essential businesses that they don’t have to keep track of who’s inside if they don’t want to. Everything is optional. Referring to churches, the order says, at the bottom of page 3, “… event organizers should consider maintaining a record of attendees where appropriate. Attendees are not required, however, to provide their names or contact information at any religious gathering.”

If there’s an outbreak, church leaders “may contact” those who were exposed. But they don’t have to.

You see why this is a horrible idea? The worst-case scenario here is that when churches open back up for larger in-person services, COVID could spread among the people inside, and the city would have no way of knowing who was exposed to the virus or who needs to be quarantined. That makes it more likely that the virus will spread.

More people will get sick and die because Mat Staver needed to do some fundraising.

The city didn’t have to cave on this one. But an unwarranted Nazi comparison — and aren’t they always unwarranted? — was unfortunately successful in stirring up outrage among the most ignorant people in the country. 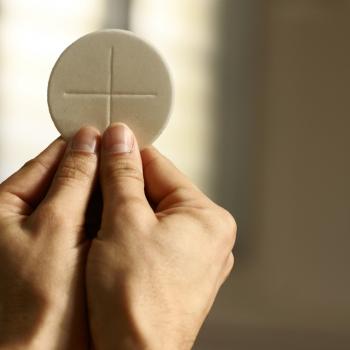 May 6, 2020
Cardinal Slams Pandemic-Safe Communion Baggies: "You Can’t Put [Jesus] in a Bag"
Next Post 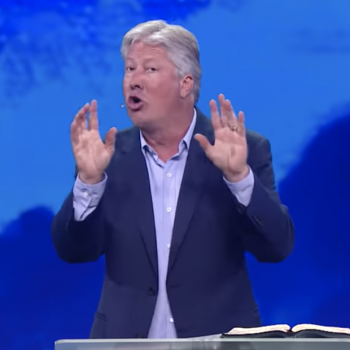