After more than 210,000 confirmed COVID-19 cases, with a total of nearly 29,000 deaths, Italy is just starting to gradually ease its quarantine restrictions. A few formerly shuttered businesses will be permitted to reopen, and extended families can gather if they observe proper social distancing. While Italy is being cautious, Catholic clergy are beginning to look ahead to the moment when they can re-open their church doors.

But even after the churches get the green light to welcome the faithful, there’s a problem. The distribution of communion is still considered a high-risk activity: priests handling wafers, placing them directly in the hands or uncovered mouths of their parishioners, giving the entire congregation sips from the same cup of consecrated wine.

Consequently, according to Italian newspaper La Stampa, some churches are considering the possibility of offering “take-out communion” kits, in which individual wafers would be wrapped in plastic bags and left on shelves for parishioners to take as needed. 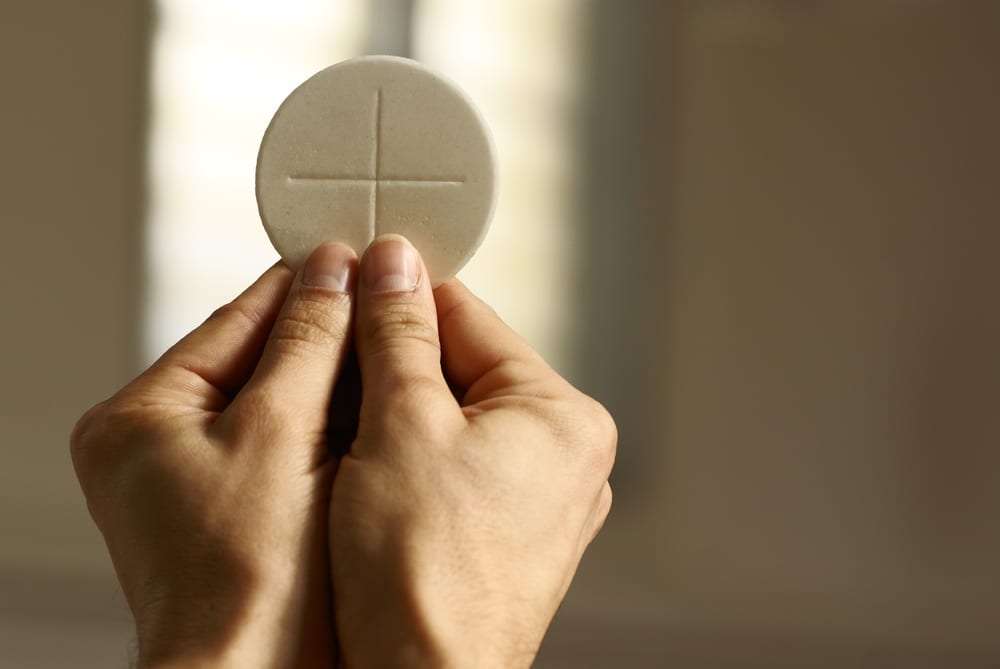 That proposal has at least one cardinal seeing red.

Ultra-conservative Cardinal Robert Sarah of Ghana serves as the Prefect for the Congregation for Divine Worship and the Discipline of the Sacraments. He has a history of elevating the formalities of the Eucharist well above the people receiving it; he once declared gluten-free communion bread invalid for the sacrament, regardless of its benefit for Catholics with celiac disease.

In an interview with multilingual outlet La Nuova Bussola Quotidiana (The New Daily Compass), Sarah expressed his absolute shock and horror at the idea of a pandemic-safe Eucharist:

It’s absolutely not possible. God deserves respect. You can’t put Him in a bag. I don’t know who thought of this absurdity. Even if it is true that the deprivation of the Eucharist is certainly a suffering, the matter of how to communicate is not open to negotiation. We communicate in a dignified way, worthy of God who comes to us. The Eucharist must be treated with faith. We cannot treat it as a trivial object. We are not at the supermarket. This is total madness.

Sarah is right; we are not at the supermarket. The supermarkets are open, because people need the supermarket to access food. No one actually requires the Eucharist for survival. Allowing churches to reopen requires concessions for everyone’s safety (including but not limited to the church members themselves). If the Church is not willing to make those concessions, they will have to remain closed.

But concessions aren’t Cardinal Sarah’s style. He recommends just demanding that your priest endanger himself and others by breaking social distancing and performing the sacrament anyway:

Nobody can prevent a priest from confessing and giving communion. Nobody has the right to stop him. The sacrament must be respected. So even if it is not possible to attend Masses, the faithful can ask to be confessed and receive Communion.

So much for loving thy neighbor as thyself. Sarah is encouraging Catholics to put their desire to participate in a sacrament — however meaningful it is within their belief system — ahead of the measures in place to halt the spread of a deadly sickness.

You might be willing to die for your faith, but your neighbor shouldn’t be forced into the same decision.

It’s necessary at this point to remember that the Catholic Church teaches that Jesus is actually, literally present in the communion wafer. It’s not a metaphor or a symbolic ritual; He is right there, having an opinion about how He’s being treated. Says Sarah:

The Lord is a person. No one would welcome the person he loves in a bag or otherwise in an unworthy way.

Actually, I’d wager that a lot of people would welcome their loved ones in “an unworthy way” at this point if the alternative was not welcoming them at all. Like, for instance, having to remain at a distance even further into the future because people failed to take measures to prevent the spread of coronavirus. Under those circumstances, I’m sure most people would be glad to just be together, even if one or both parties show up wearing a plastic bag.

So what would be Jesus’ opinion about being put in a plastic bag to help people keep each other safe? The entire issue — the very assumption that Christ would object to measures taken to keep others from falling ill — paints an entirely contradictory and confusing picture of Jesus: willing to die brutally and painfully for everybody else’s sake, but offended by the idea of using protective barriers to preserve them from illness. (I can’t help thinking that’s something we’ve heard from the Catholic Church before…)

Of course, there’s another option for the all-powerful Creator of the Universe if he objects to the idea of being stuffed into a plastic baggie to halt the spread of disease. He could make those levels of protection unnecessary by removing COVID-19 from the world.

Somehow I doubt it’ll happen, but it seems like a fair deal to me.

If He’s not coming to the rescue, though, He’s really got no grounds to complain about the steps we take to protect ourselves and each other. 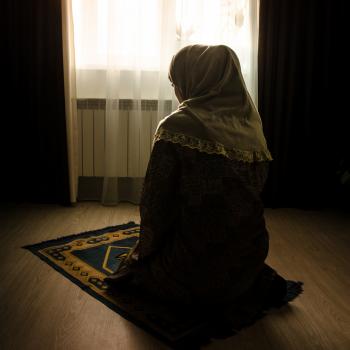 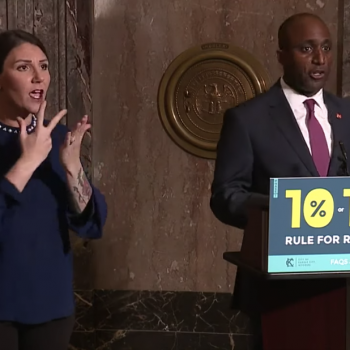