Back in 2018, Satanist Kenneth Mayle filed a lawsuit against the City of Chicago (and Cook County Animal Control and then-Attorney General Jeff Sessions and the Illinois Department of Natural Resources and the Chicago Park Districts) saying that everyone had discriminated against him in part because his guinea hog named Chief Wiggum (a.k.a. “Boarphomet”) wasn’t designated an Emotional Support Animal, which meant it couldn’t be around in certain public places. 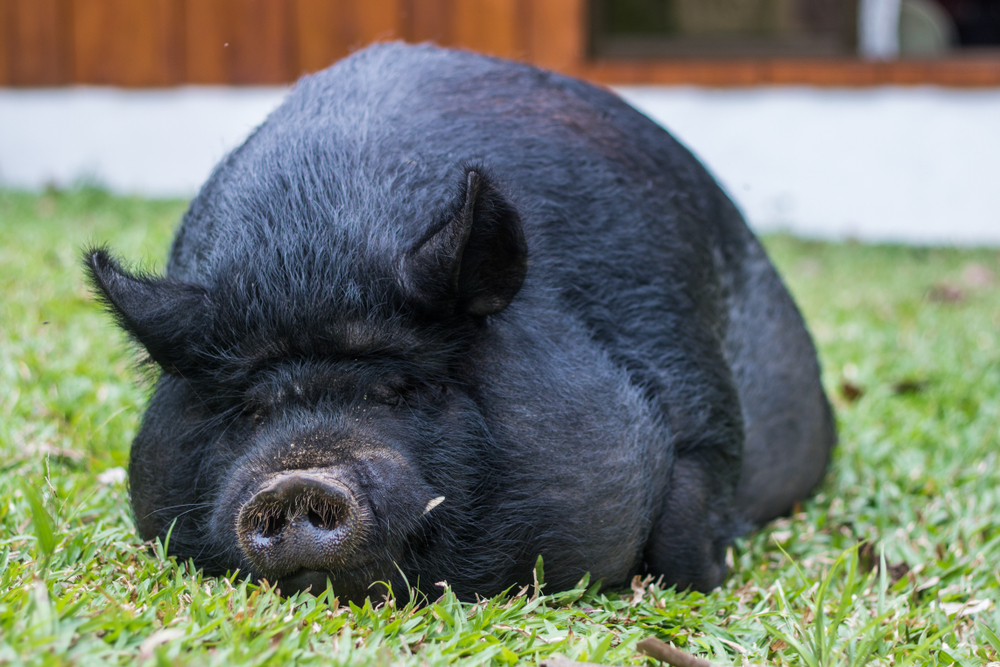 Since adopting Chief Wiggum as a piglet[,] plaintiff has raised him to perform tasks of a service animal, provide emotional support, and has included him in his religious practices.

… Chief Wiggum provides Plaintiff massage therapy on his hands and other body areas helping reduce the effect including anxiety and depression.

The biking and display of Chief Wiggum other [sic] things to symbolize the coming of the black horseman of the apocalypse and the eternal battle between Horus and Set; both depict having Satanic rituals.

Plaintiff [has] repeatedly been denied the right to bring Chief Wiggum to places of public accommodation… The only reason that defendants treat a pig such as Chief Wiggum differently than other SAs and ESAs like “miniature” horses or cats or ferrets is because of the stigma that pigs are dirty or evil.

Specifically, Mayle said he was ridiculed off of a public beach even though Chicago allowed dog owners a “discriminatory entitlement.” (While dogs could go in Lake Michigan on those beaches, Chief Wiggum could not. “He is… not even allowed to be on the beach or designated bathing areas.”) Similar episodes occurred in Millennium Park (where “The Bean” is located) and Grant Park.

He said there was no reason to kick the pig off the beach because the “presence of one pig in the water certainly does not change the water suitability for humans or dogs.” Mayle also tried to obtain a “dog-friendly area” tag for his animal… but, because it’s not literally a dog, he couldn’t obtain the proper permit.

He had also been kicked out of Six Flags Great America theme park because, while the park allowed for emotional support animals, Boarphomet didn’t qualify under their terms. Ditto with Lyft and Uber and various stores and restaurants.

Mayle said Boarphomet was a “service animal under the [Americans with Disabilities Act],” meeting all the requirements. He should be treated, Mayle said, like a miniature horse. The Department of Justice, however, says “only dogs can be service animals.” That was too restrictive for Mayle. And because he also had religious reasons for keeping the pig around, it would be burdensome to require him to get another animal for the purposes of the ADA.

A District Court dismissed the case, saying Mayle didn’t “state a claim under the ADA,” adding that the implied no-hogs-allowed rule for service animals was “rational.” Mayle appealed the decision.

Now the U.S. Court of Appeals for the Seventh Circuit has weighed in… saying the same thing.

Mayle’s challenge is fatally flawed. We will sustain regulations that, like this one, do not involve a fundamental right or a suspect class so long as they are rational.

Mayle’s complaint reveals the rationality of limiting the species of service animals in public spaces. He describes disorder (harassment from those who object to his hog) and disruption (police called to the scene) when he enters public places with his hog. The government has a legitimate interest in maintaining social order and public safety… Accordingly, the regulation is constitutional.

Can’t say this wasn’t entirely predictable. His religion was also irrelevant to the judges in coming to their decision. Mayle didn’t respond to a request for further comment.

This is actually his second legal loss in a week. He recently had another case dismissed in which he said his Satanism prescribed “sex magick rituals” that involved bigamy and violated the state’s adultery laws. He has also lost a challenge to take “In God We Trust” off the money.

At least Boarphomet will help him deal with the losses. 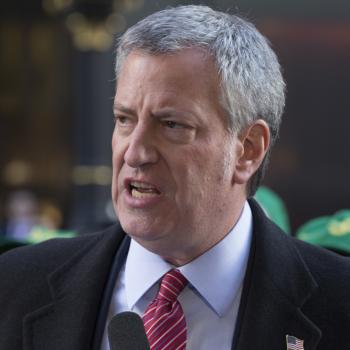 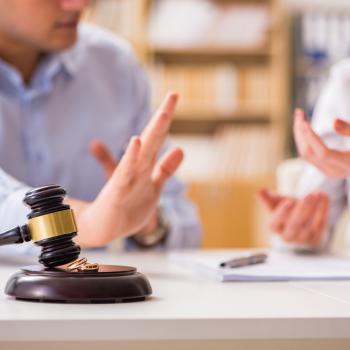