Study: Over 80% of States Allow Religious Exemptions for Social Distancing

The Pew Research Center conducted an analysis of executive orders, directives, and guidelines from each U.S. state (including Washington, D.C.) and found that all but ten states have carved out some sort of exception to the rule specifically for religious gatherings. 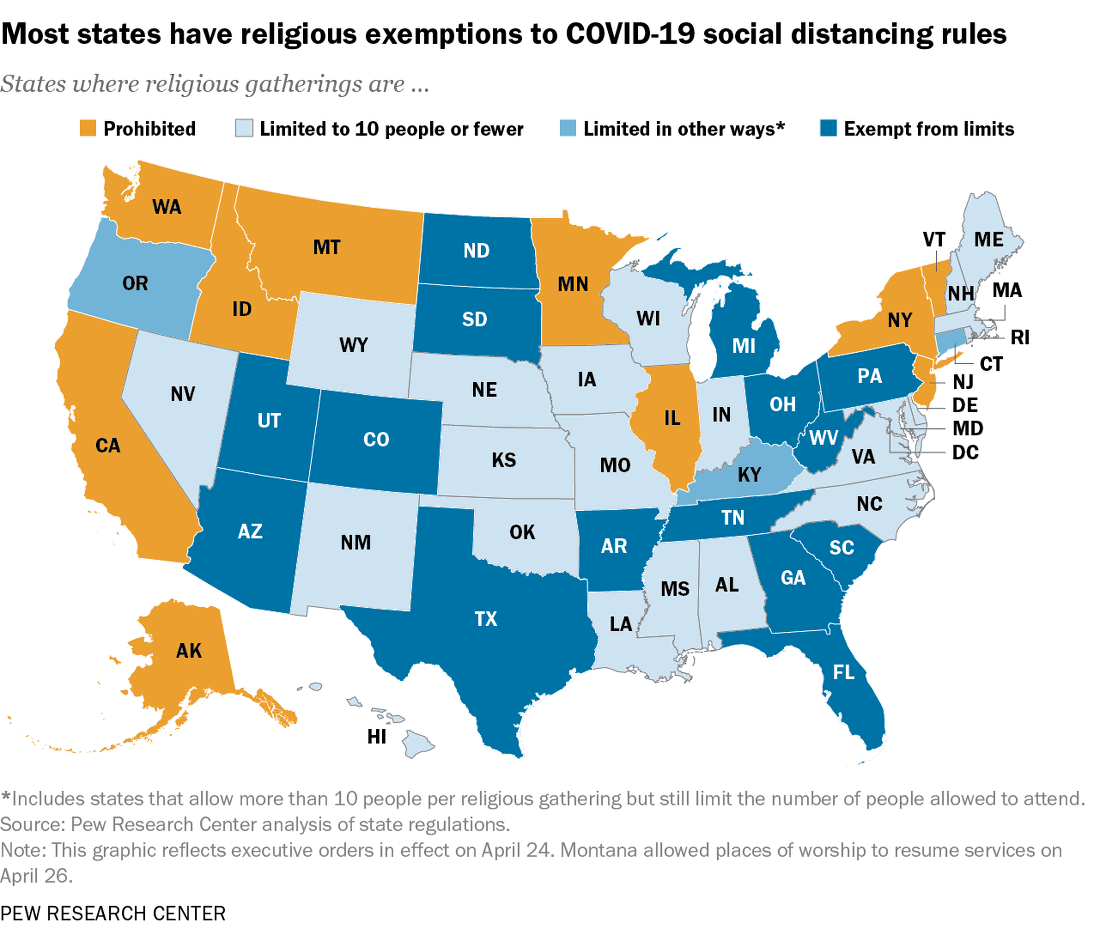 To be fair, a further twenty-one states have limited religious gatherings to groups of ten people or fewer, often with stipulations requiring participants to practice proper social distancing within their place of worship.

That’s better than nothing, but it’s an unnecessary concession. The coronavirus does not distinguish between assembling to purchase groceries or praise God. It will spread either way.

And the fact remains true that nearly a third of the country has decided to place absolutely no restrictions on religious gatherings, categorizing them as an essential service that Americans have a right to access in person, in a place of worship, regardless of the danger presented to themselves and others.

Pew researcher Virginia Villa speculates that some middle-of-the-road states — those that impose some restrictions on religious gatherings, but fall short of outright prohibiting them — are acting to protect themselves from legal challenges like the kind faced by California:

Perhaps with such litigation in mind, most other states have carved out exemptions for religious gatherings in their stay-at-home orders or other directives in an attempt to balance religious freedom concerns with safe social distancing practices. The Centers for Disease Control and Prevention (CDC) continues to recommend that gatherings of more than 10 people be canceled, while in gatherings that do take place, individuals should remain at least 6 feet apart at all times.

Following the CDC’s recommendations won’t protect state governments, though: Religious advocacy organizations have pursued lawsuits against state governments in places like Kansas and New Mexico, which followed those guidelines to the letter.

It’s important to note that this study covers what state governments are doing, not what is actually happening on the ground in each state. Researchers reviewed and categorized what they found on state directives from states where pending legal challenges have made them unenforceable. In such places, religious meet-ups that are prohibited on paper might in fact still be taking place.

What’s more, the data is shifting and changing faster than Pew can analyze it. As the study notes, immediately after data collection was completed on April 24, the state of Montana announced its plans to allow places of worship to reopen as long as they adhered to social distancing guidelines.

It is unclear how they plan to enforce those guidelines beyond simply trusting congregations to do the right thing. Some probably will. Others almost certainly won’t — and, as we’ve seen, they’ll justify their defiance in the name of religious freedom, even if it kills the nice little old lady who always brings her world-famous brownies to the church socials.

It does bring up the question: Who would Jesus infect? 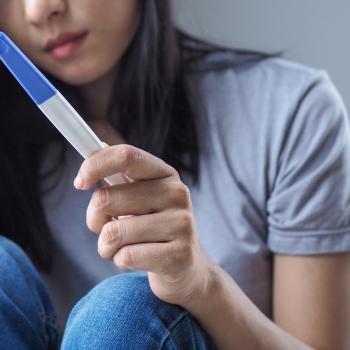 April 29, 2020
Pastors Don't Always Talk About Abortion, But When They Do, They Demonize It
Next Post 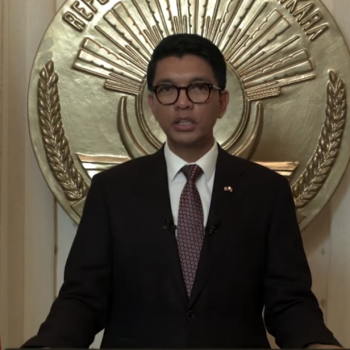