If there’s one thing we’ve all heard about people’s political beliefs, it’s that we tend to become much more conservative as we get older. No doubt the Republican Party skews older while Democrats typically attract younger voters.

But a new analysis by Ryan P. Burge of Eastern Illinois University finds that that’s not the case for Secular Americans.

Christians still follow the historical trend: Only about 37% of younger Christians identify as Republican, but that number rises to 64% as they hit 75 and older. But “Nones” aren’t anywhere near that curve.

Only about 15% of non-religious Americans ages 18-35 identify as Republicans. No shock there. But even as we grow older, the percentage never gets that much higher. 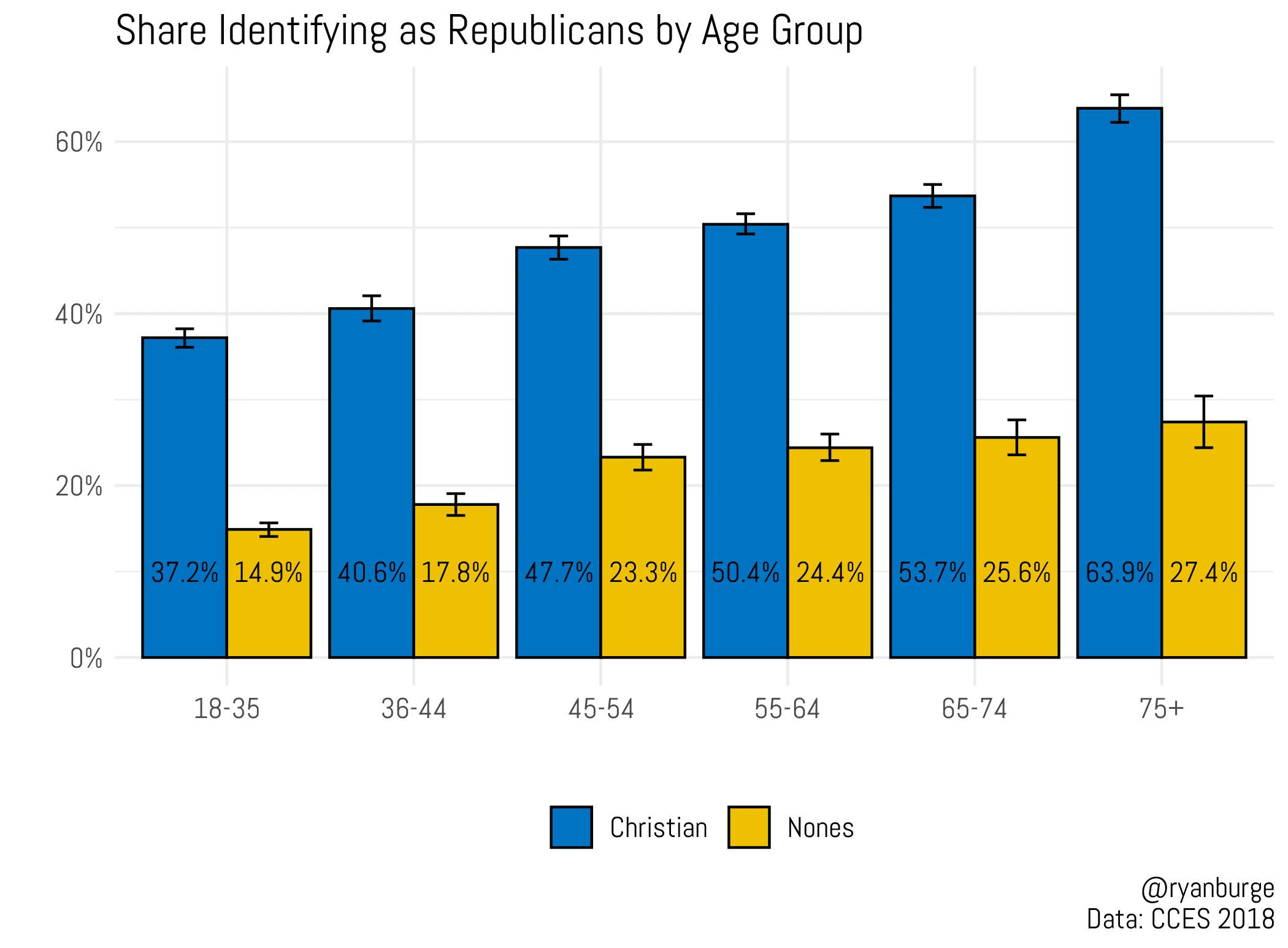 … there is no statistically significant difference between the share of nones who identify as Republicans among 45-54 year olds and those who are 75 and older. The gap for Christians is sixteen points, but for the nones it’s just four points and inside the margin of error.

Says Burge: “Clearly, older nones are just more to the left of the political spectrum.”

All of this speaks to long-term trends that favor Democrats. There are just as many non-religious voters as evangelical ones, but we’re the ones who have more space to grow as a percentage of the voting population. That’s good for Democrats. In years to come, we’re not about to switch parties like Christians often do. That’s also good for Democrats.

After nearly three decades of incompetent Republicans in public office, if not the White House itself, the reckoning will soon arrive for the Party that has long embraced ignorance and irresponsibility. 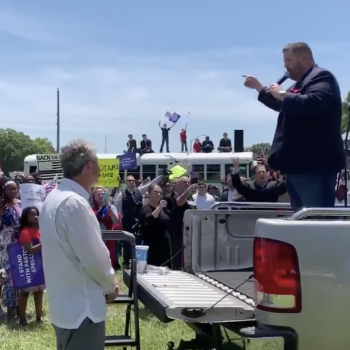 April 27, 2020
Christian Pastors Protest in Louisiana on Behalf of COVID-19-Defying Pastor
Next Post 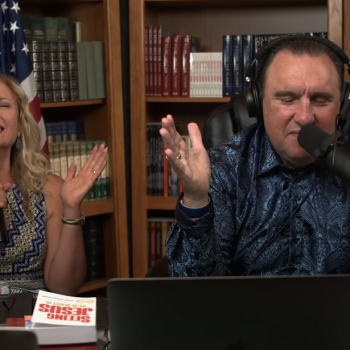