Weighing religious liberty against the coronavirus threat to other people’s lives, pastor Kevin Stock of the Crossroads Alliance Church in Johnstown, Pennsylvania harbored no doubts. Though he’d been good enough to close his church for a few weeks in keeping with official guidelines, and although those guidelines hadn’t changed, Stock confidently cast them aside yesterday. ‘Cause lo, Jesus was calling! 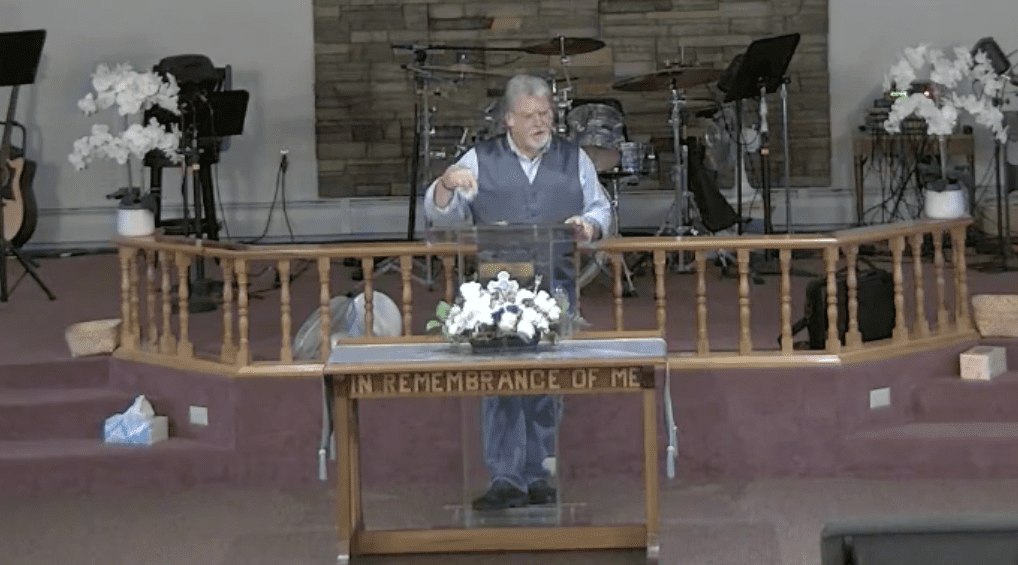 [Stock] said that it’s come to a point where he believes following man’s laws means ignoring God’s commandments. He pointed to Scripture in Hebrews, guiding Christians to “make it a habit” to continue meeting together. “God is commanding us not to give up the habit of meeting together,” Stock said.

And in his sermon, Stock quoted the fourth chapter in the book of Acts — when government representatives tried to stop Peter and John from sharing their story of Jesus’ resurrection.

I can’t be sure if live-streaming and YouTubing were options back then; nor do I know whether Peter and John shared their story in person during a viral pandemic. Obviously I’m not as well-informed about history and Christian ethics as Pastor Stock.

Stock described himself as “a patriot.” “I love my country,” he said. “I try to obey the civil laws of this country. But when these laws go against what God is telling us to do, I’m following what God says.”

Stock said he doesn’t doubt COVID-19 is real — but questioned how it’s different than SARS in 2003.

That’s such a good question. If only there was a way to look up the answer and somehow learn the difference between a time-limited regional outbreak that took 812 lives and an ongoing global epidemic that’s infected three million people and has killed 207,000 so far.

To be sure, none of that was truly on the minds of the good Christians inside the church, who, on their way in, had walked past a sign that said Walk By Faith — Not By Sight.

[A] crowd of approximately 25 parishioners served as a testament to those words, gathering together despite stay-at-home coronavirus orders and singing “I just want to worship” with the seven-member praise band playing in front of them. … A few attendees wore masks into the church. But most entered without facial coverings and congregated together in pews at the rear of the sanctuary — out of view of a video camera that was live-streaming the service to Facebook followers.

They were all gunning for eternal life, so you can’t blame them for being just a bit cavalier about their temporary existence on Earth — and about other people’s existence too.

“I feel like I’m meant to be here,” said church member Rick Paige, of Carrolltown. “I respect what our leaders are telling us — and I wear a mask when I see other people wearing them. But I don’t walk in fear. I know I’m protected.”

And so Rick and Kevin and about 30 of their godly friends walked through the valley of the shadow of death together, fearing no evil, for God was with them. And they marveled at the strength of the faith they had, this rock-solid conviction that placing the spiritual indulgence of less than three dozen people above the physical wellbeing of thousands was precisely what their Lord God commanded. 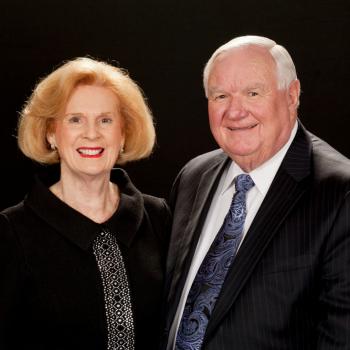 April 27, 2020
This Church Says It Got Threats of Arson and Decapitation After COVID-19 Rumors
Next Post 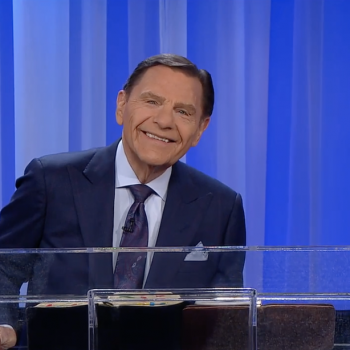